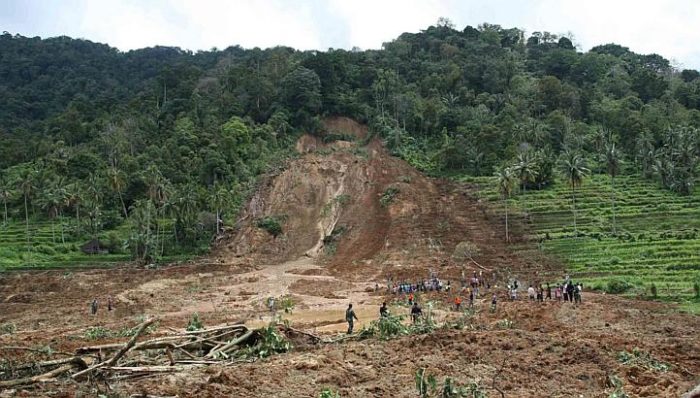 Each year, Indonesia inhabitants experience landslides and flashfloods due to seasonal downpours. On the 26th and the 27th of January 2013, torrential rain triggered two separate landslides in the province of Jambi, respectively in Tanjung Sani of Agam district in the province of West Sumatra, Sumatra, Indonesia. Both buried houses and villagers with mud and rocks killing 16 persons in total. Some survivors, including children, have been hospitalized, others, terrified, are leaving their houses. – The Huffington Post