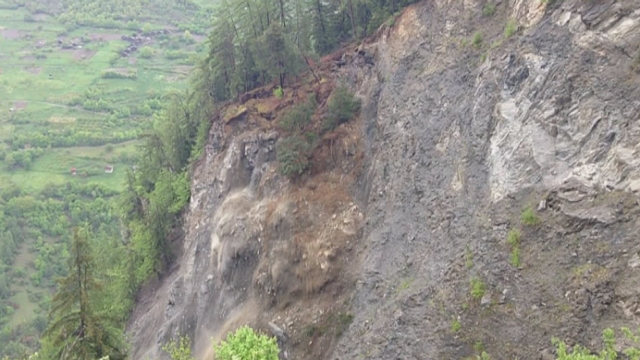 Below is probably the best video of a progressive failure event that has appeared to date.  It has been posted on the rts.ch website.  This is a landslide that occurred at Riddes in Southwest Switzerland on Friday.  It had volume of about 60,000 cubic metres.  If the video doesn’t work take a look here:

The block was presumably creeping, generating the collapses at the margins. The event (rockfall) rate noticeably increases before final failure.

It appears to me that there is still a great deal of material to leave this slope.