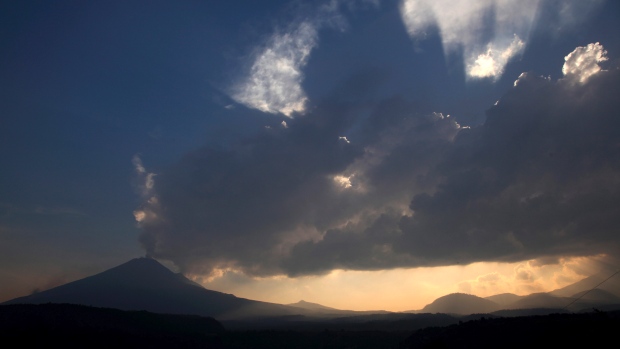 Mexican towns in two central states and the capital were put on alert yesterday after seismic activity has increased at the Popocatepetl volcano near Mexico City following and the volcano shook on Saturday night and spewed a plume of steam more than a half mile into the sky on Sunday May 12 2013.

Governmental forces were deployed in the area to prepare shelters in prevention against a bigger eruption and an area of seven-square-mile was closed the Popocatepetl volcano. – CTV News