Something very strange started oozing out of the streets in the Chinese city of Nanjing on Saturday night, May 11, 2013 at around 9PM. 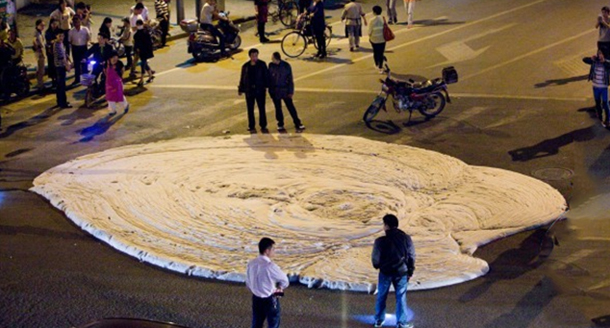 Witnesses literally saw the pavement crack before a foamy white and smelling substance was spewing from the cracks. Within a short time, the foam had spread to a 50 meter radius and stood a foot high.

After a short time later, the strange substance stopped leaking and retreated back into the cracks in the road, leaving authorities baffled as to what the stinking foam could have been.

What do you think of the weird stinking foam? An investigation has been started to detrmine the origin of this smelly ooze. So far, the only rational explanation is a nearby subway construction.