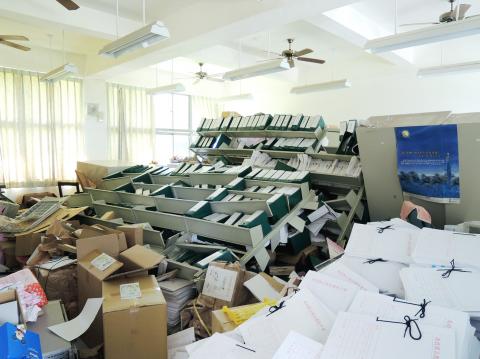 The M=6.2 earthquake in Central Taiwan on Sunday (2nd June 2013) was located in a highly mountainous, but fortunately sparsely populated, area. Landslides are inevitable in such an event, and news reports suggest that much of the damage and most of the deaths and injuries were the result of rockfalls. This video, captured just after the earthquake, demonstrates the landslide activity that it caused:

The current toll from the earthquake is four people. It appears likely that all were killed by rockfalls.