A race horse stumbled into a 6m-deep sewerage hole which opened up on the track during a race at Ellerslie yesterday sending the animal tumbling and the jockey flying. Everything went well: neither jockey nor horse was killed. Officials discovered that just 30 centimeters under the surface, an old piece of timber had been displaced, exposing a very old sewer inspection hole which they estimate was six meters deep. At the bottom of the hole, running water was heard. – Stuff

Look at the video here 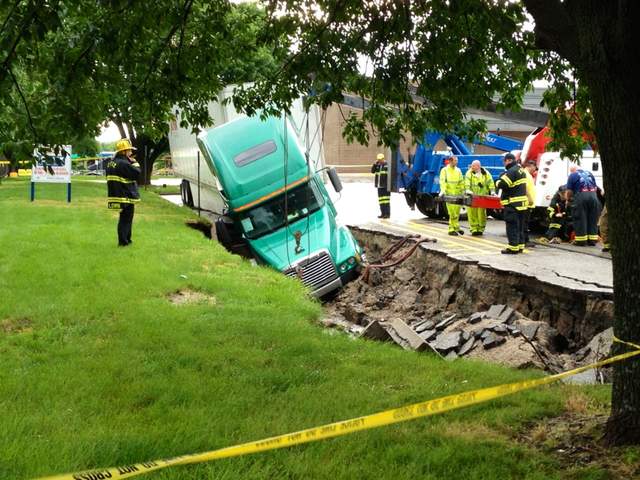 The cab of this semi-truck was swallowed by a sinkhole that opened up beneath it during heavy rains. The truck was in a parking lot near Martway Street and Lamar Avenue in Mission Kansas. – KSHB 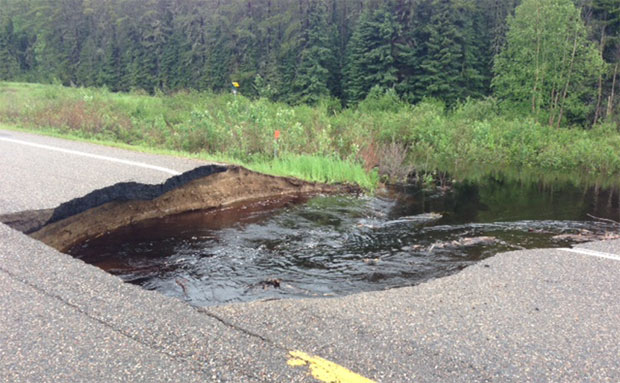 This sinkhole has forced the closure of Highway 2 north of the Prince Albert National Park just about 50 miles away from Waskesiu in Saskatchewan Canada. According to Highway Hotline heavy rains caused a washout in the area that led to the road collapsing. – CBC