Gusty winds sweeping through the Denver area (Arvada, Louisville, Rocky Flats, Boulder County) Saturday are being blamed for causing four  hot air balloon crashes that injured at least ten people. Indeed, sustained winds of 20 to 30 miles an hour, with gusts of up to 35 mph, were reported in the area at the time of the hot air balloon crash landings. The Federal Aviation Administration will investigate the crashes, all of which happened in the suburbs northwest of Denver. The four unrelated accidents all happened within miles and about an hour of each other. 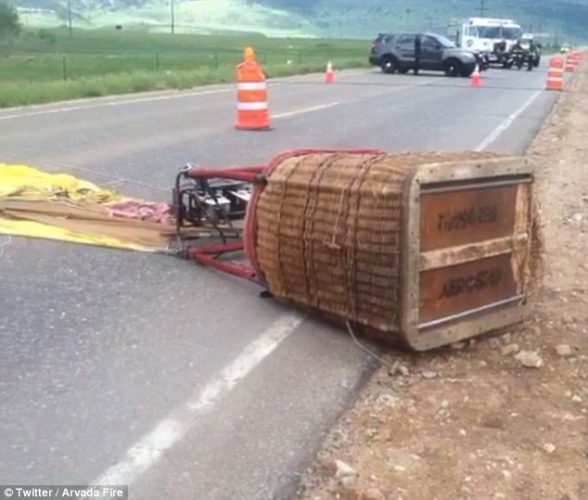 Hot air ballooning, a popular pastime in the area, is extremely safe, and it’s rare for several balloons to go down on the same day. Is it just one of these days?