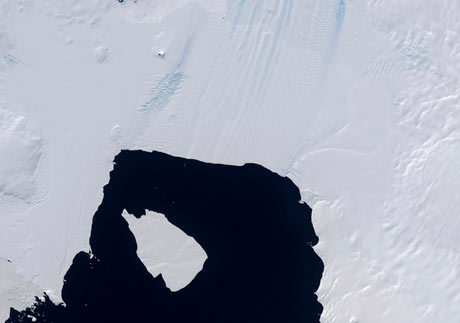 Since I was in this area of the world back in 2006 with the same institution (Alfred Wegener Institute for polar and marine research) as reported in the video of Pink Sapphire, it is a topic that touches me a lot. Antarctica, this wonderful and still very pristine land is starting to feel and to show scars from our climate change.

Here the background and the story:

Pine Island Glacier (PIG), the longest and fastest flowing glacier in the Antarctic, has spawned a huge iceberg. The block measures about 720 sq km in area – roughly eight times the size of Manhattan Island in New York. Scientists have been waiting for the PIG to calve since October 2011 when they first noticed a spectacular crack spreading across its surface. Confirmation that the fissure had extended the full width of the glacier was obtained on Monday. It was seen by the German TerraSAR-X satellite. This carries a radar instrument that can detect the surface of the ice stream even though the Antarctic is currently in the grip of winter darkness. The berg that broke away was part of the PIG’s ice shelf – the front segment of the glacier that lifts up and floats as it pushes out into the ocean. The shelf will reach tens of km beyond the grounding line. German researchers have been receiving images from TerraSAR-X every three days or so, hoping to understand better the processes that drive the glacier forward and prompt it to fracture. This will help them improve the computer models that are used to forecast future changes in the Antarctic. “We were very keen to see how the crack propagated,” said Prof Angelika Humbert, a glaciologist with the Alfred Wegener Institute. “We need proper calving laws, to be able to describe the evolution of ice sheets over centuries,” she told BBC News. 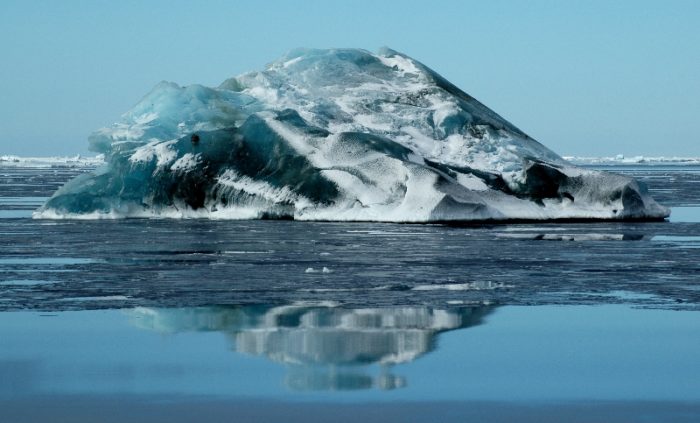 Very big tabular bergs will come off the end of the ice shelf every 6-10 years. Previous notable events occurred in 2007 and 2001. It is a very natural process and scientists say it should not be tied directly to the very real climate changes that are also affecting this part of the West Antarctic Ice Sheet. Satellite and airborne measurements have recorded a marked thinning and a surge in velocity of the PIG in recent decades. This has been attributed in part to warmer waters getting under, and melting, the ice shelf. The PIG’s grounding line has pulled back further and further towards the land. The glacier’s behaviour means it is now under close scrutiny, not least because it drains something like 10% of all the ice flowing off the west of the continent. “The PIG is the most rapidly shrinking glacier on the planet,” explained Prof David Vaughan from the British Antarctic Survey (BAS). “It’s losing more ice than any other glacier on the planet, and it’s contributing to sea level rise faster than any other glacier on the planet. That makes it worthy of study.” BAS has recently deployed a series of instrumented “javelins” along the PIG to monitor its movement. When the big crack propagating across the 30km width of the PIG was first photographed in 2011 by a Nasa airborne expedition, many assumed the moment of final calving would come quite quickly. 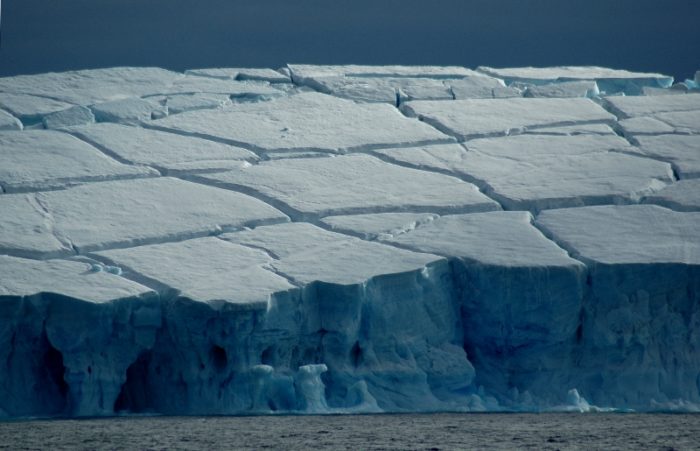 That it took almost two years for the tabular berg to break away is something of a surprise, concedes Prof Humbert. What should not be a surprise, she says, is that it has occurred in deep winter when the ocean is covered in sea-ice. This relatively thin covering would always be overwhelmed by the internal stresses in the massive ice shelf. What will be interesting now, she adds, is to see how long it takes for the berg to move out of the bay in front of it. It could take several months. TerraSAR-X will provide the tell-tale data. The world’s largest recorded iceberg was the tabular block that became known as B-15. When it broke off the Ross Ice Shelf in 2001, it had a surface area of about 11,000 sq km. It took years to melt away as it moved out into the Southern Ocean.