On Saturday around 50,000 liters of oil leaked in the Gulf of Thailand. Now, the pollution has reached the island of Ko Samet. 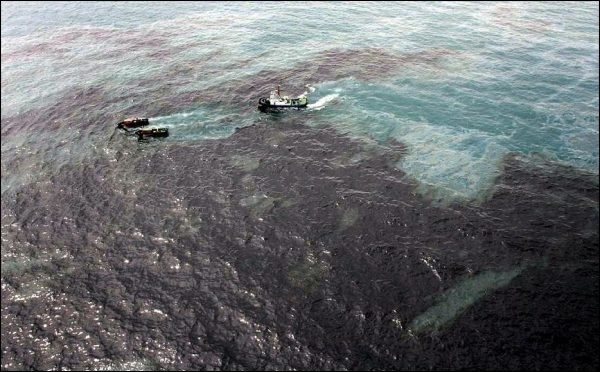 An estimated 50,000 gallons of oil spilled into the sea in the Gulf of Thailand through a leak in an oil pipeline this weekend. The Thai Navy tried unsuccessfully on Sunday to prevent the oil slick to reach the coast. Some floating barriers were deposited off the coast to catch the  oil film and finally aspirate it.

The leak occurred on Saturday at an offshore platform about 20 miles off the coast of Rayong. The rig belongs to PTT Global Chemicals, a subsidiary of the state oil company PTT. The leak has been already repaired.

Despite these measures, a 300-meter-wide oil slick reached the Thai island of Ko Samet. 300 workers are working in order to keep the oil from the beach and the bay. The Prao Bay has been closed.

It’s a paradise lost in the oil.