Have you ever witnessed such a strange cloud phenomenon? Look at this highway forming in the sky of China! 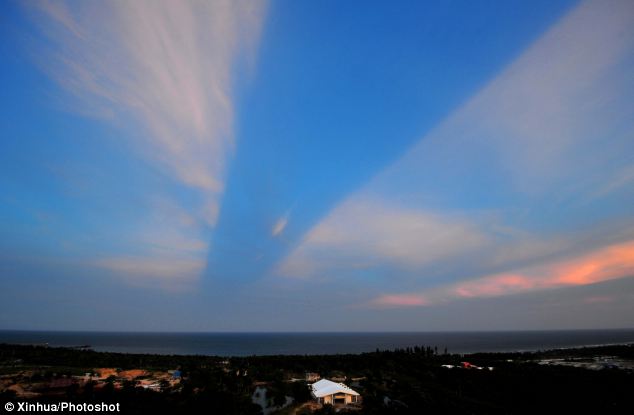 What a strange sight! Is this the stairway to heaven? At least, it pretty much looks like a mysterious highway in the sky! 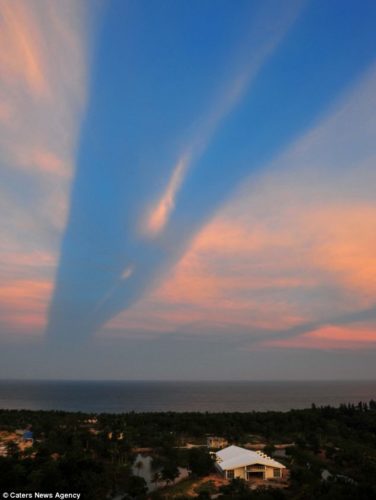 But how do such astronomical phenomenon form?

This strange sky appearance, which was shot above Boao Town of Qionghai City in Hainan Province, South China, is due to a  sky phenomenon known as crepuscular rays  – or sunbeams – being cast from over the horizon. 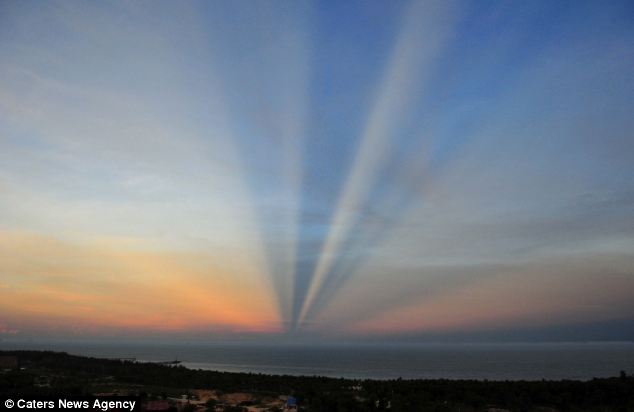 The sun is dim but still shining on parts of the cirrus cloud high up, but the dark blue section is due to shadows being cast by lower clouds. (SOURCE)