Two very large fireball events occurred over Memphis, Tennessee, USA and Canberra, Australia. However, nothing or not much was said about these two sky phenomena either on the news or by authorities. We are lucky this was not another Russian situation!

Large Metor during daytime in Memphis, TN on August 14 2013 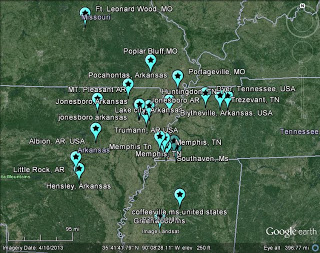 A loud boom accompagnying this meteor was reported in Missouri. According to this same witness, the booms broke her windows. Look at this link for more information.

This report was submitted on this website. It occurred at 9:36pm local time (Australia), and the fireball was flying in the SSW direction with a magnitude between -10 and -15

I love meteor videos. Hope you too!