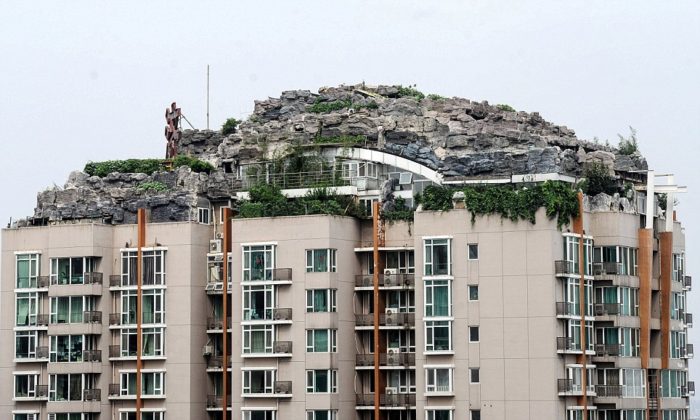 This can only happen in China. A crazy professor purchased the top floor of a 26-story building some time ago, and spent six years shifting rocks and rubble to the roof to create his two-story mountaintop penthouse. However without planning permission!

This house which looks like it has been carved from a mountainside is a dream with a rocky mountain garden, complete with rubble, foliage and shrubbery. 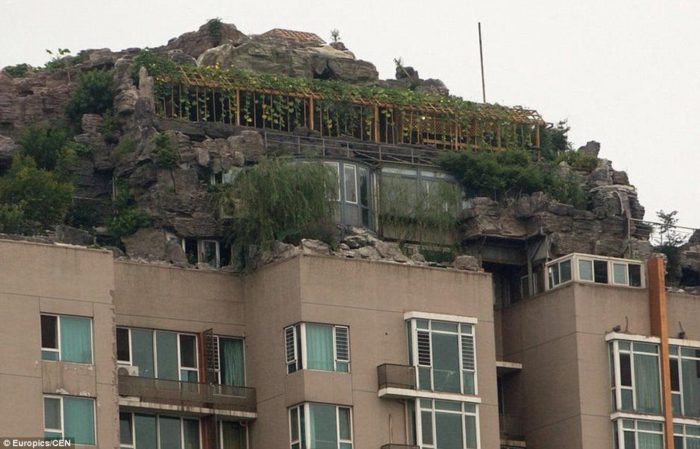 It was constructed over six years on top of a Beijing apartment block in central Beijing by eccentric Professor Zhang Lin. 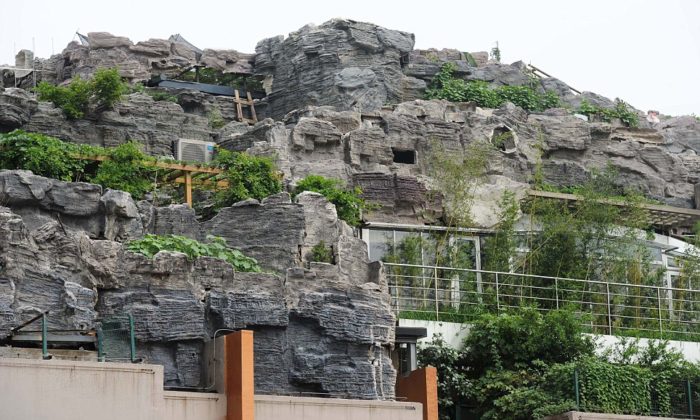 The construction of the rooftop mansion was disputed by local residents, who complained about noise, broken pipes, and, since its completion, loud parties.

Moreover, residents have described his ornamental garden as a ‘threat’ after cracks and leaks appeared throughout the apartment block. 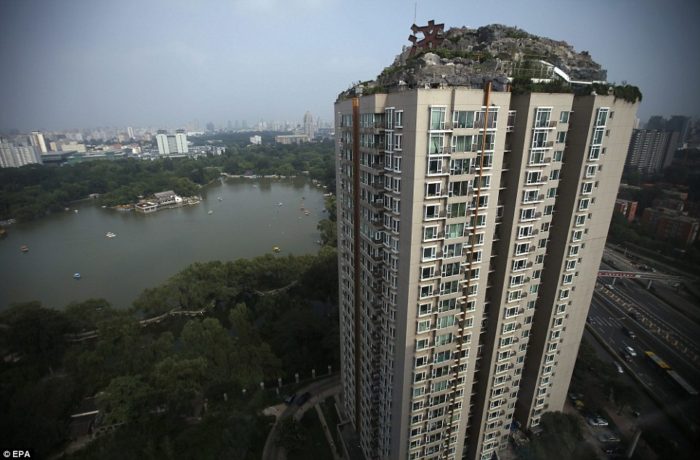 Mr Lin did not have planning permission for the ‘extension’ and it will be demolished if deemed unsafe. (SOURCE)