Two weeks ago, authorities were baffled by the absence of hurricanes… Well, look at this: Not one, but two tropical storms lashed Mexico’s opposite coasts in a rare one-two punch that has killed over 40 people. 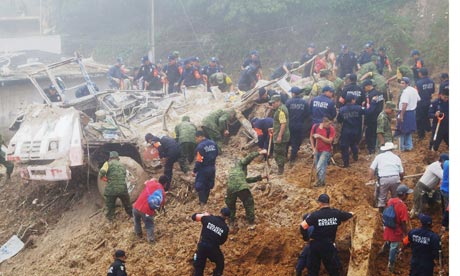 Hurricane Ingrid weakened to tropical storm strength as it made landfall on the northeastern coast in the morning while the Pacific coast reeled from the remnants of Tropical Storm Manuel, which dissipated after striking on Sunday.

The last time the country was hit by two tropical storms in the span of 24 hours was in 1958, officials said. Never before has it been struck by a hurricane and another storm at the same time.