Blizzards, rain and even a TORNADO hit Britain… And forecasters warn there is worse coming!

Picture: Extreme weather in Britain – January 25 2014. People try to walk their dogs outside the exposed Tan Hill Inn near Reeth in the Yorkshire Dales (centre), a map shows Britain under a veil of white at 9am this morning (top left) a car is crushed by a fallen tree in Hartford, Cambridgeshire (bottom left) and a plane looks as if it narrowly avoids being struck by lightning in Wolverhampton (right). Photo: Daily Mail.

The Met Office has issued an amber warning of severe weather, while the Environment Agency has 130 flood alerts and 12 flood warnings in place. Somerset County Council has declared a ‘major incident’ for all areas affected by flooding in the county. Risk of flooding will continue in Wiltshire, Dorset, Hampshire, West Sussex, West Berkshire and Surrey. Met Office says rain across Britain will be accompanied by strong winds and rain accumulations of 0.8in. Witnesses said a ‘mini-tornado’ swept through Surrey and Sussex, bringing down trees, damaging homes and even lifting cats in the air. 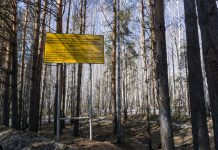 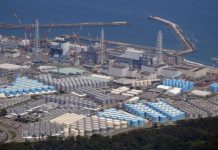 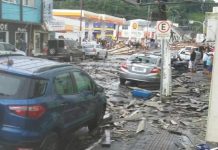 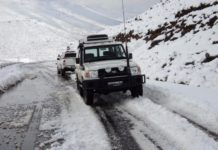 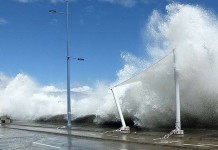 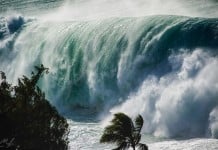 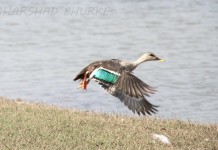 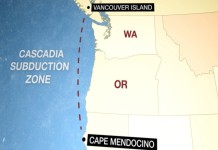 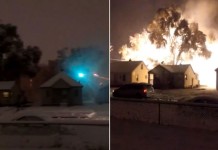