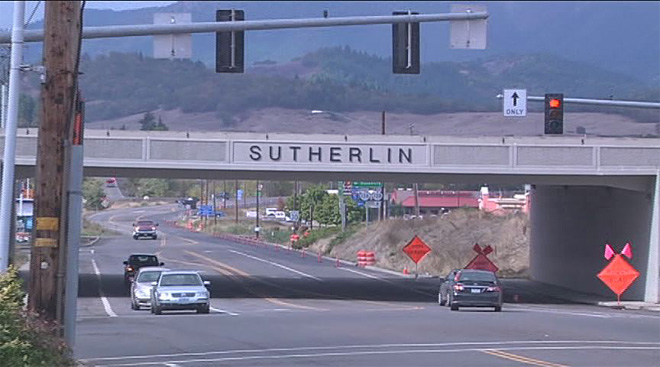 Residents of Sutherlin heard mystery booms and felt rumblings on may 9 2014. Photo: KPIR

SUTHERLIN, Oregon – May 9, 2014 — A mystery boom and rumblings were felt by residents of Sutherlin on May 9, 2014. The source remains unknown. Neither damages nor injuries have been reported. Some people speculate it was thunder, while others have reported a smoke cloud near Cooper Creek.

“I’ve been in thunderstorms, tornadoes and hurricanes, and that right there was an explosion.”

“I was sitting on my couch and I felt the house shake and a loud boom with it, so I looked out the window to see if a semi had wrecked.

“I was on the east end of town and it was a loud explosion type boom that shook my patrol car. It felt like an explosion, and it didn’t echo throughout the valley like thunder.” – KPIK