Sinkholes are unpredictable and may open anywhere and swallow anything, like your home, your pet or even larger animals!

Two deep ground cavities have devoured a calf and a horse in sinkhole state Florida within last week.

A 2-day-old calf was rescued with rope, ladders, harnesses and other equipment from a 15 feet deep and 15 feet wide sinkhole at a Newberry farm, Alachua County, Saturday, December 27, 2014. 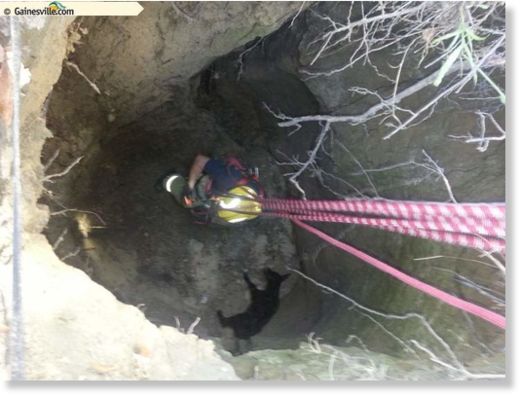 A mama cow’s mournful lowing for her lost newborn ceased and was replaced with a joyful gallop as explained by rescue leader:

[quote_box_center]If you could have seen the cow, the mother, come running past when we turned that calf loose. She just goes running by like she was being chased by cowboys. As soon as we turned the calf loose, it looks around like, are you my mama? And then wanders off. Then here comes the galloping of the mother.[/quote_box_center]

10 men were required to pull out a horse that had been swallowed by a large sinkhole at TMMA Farms in Oxford, Florida on December 26, 2014. 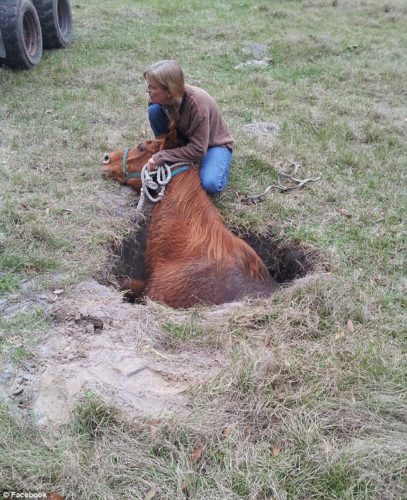 Nate was luckily found with his head poking out of a grassy pasture while the rest of his body lay trapped below ground. The sinkhole rescue lasted more than two hours.

The horse is apparently doing ‘very well’ and only suffered a swollen back leg. Lucky!