Playa Brava in Iquique has now turned red… Prawn red! A sign of the next big one?

Scientists are baffled by this apocalyptic mass die-off and will conduct various tests – water and shellfish – to determine the cause of this kill! 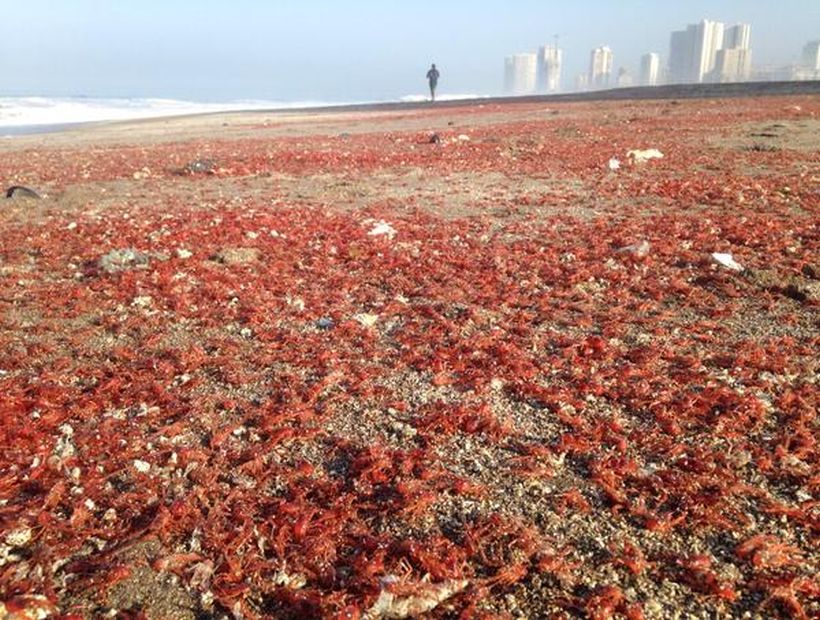 Yesterday morning the entire coast of Playa Brava in Iquique was blanketed by millions of dead or dying prawns. The reason for this mass die-off is still unknown. 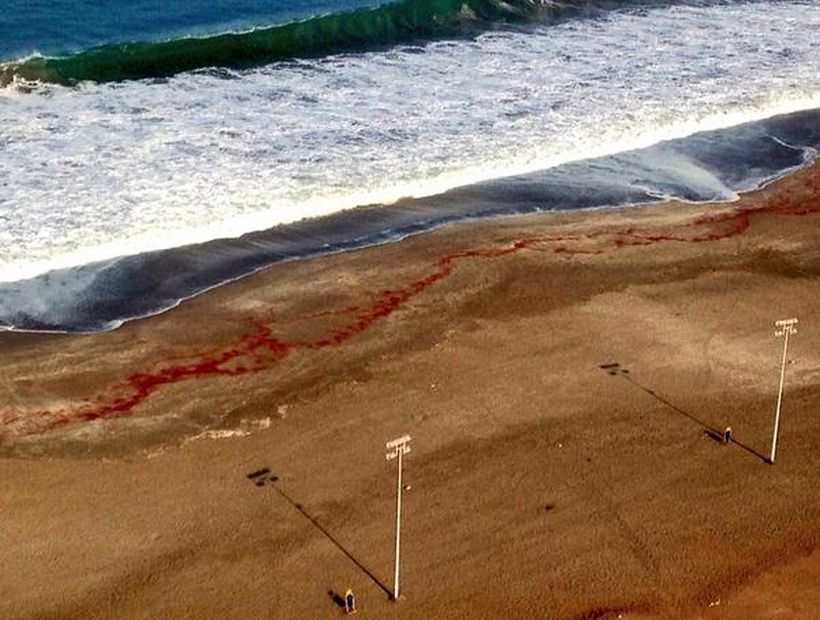 The apocalyptic event started at around 07:00. Rescue was launched directly after. But rough sea hampered the work of the rescuers, whose efforts were unsuccessful.

If you are living in the region and wanna have a schrimp barbecue, I would not recommand eating those! Don’t even touch them… These prawns could be contaminated!

Could it be a sign of an uncoming powerful earthquake. May I remind you that about exactly 1 year ago, a 7.8 earthquake destroyed parts of this area in Chile?