That’s an easy all in one!

A massive 35 feet deep sinkhole has opened up with three smaller at Top of the Rock golf course near Branson, Missouri. 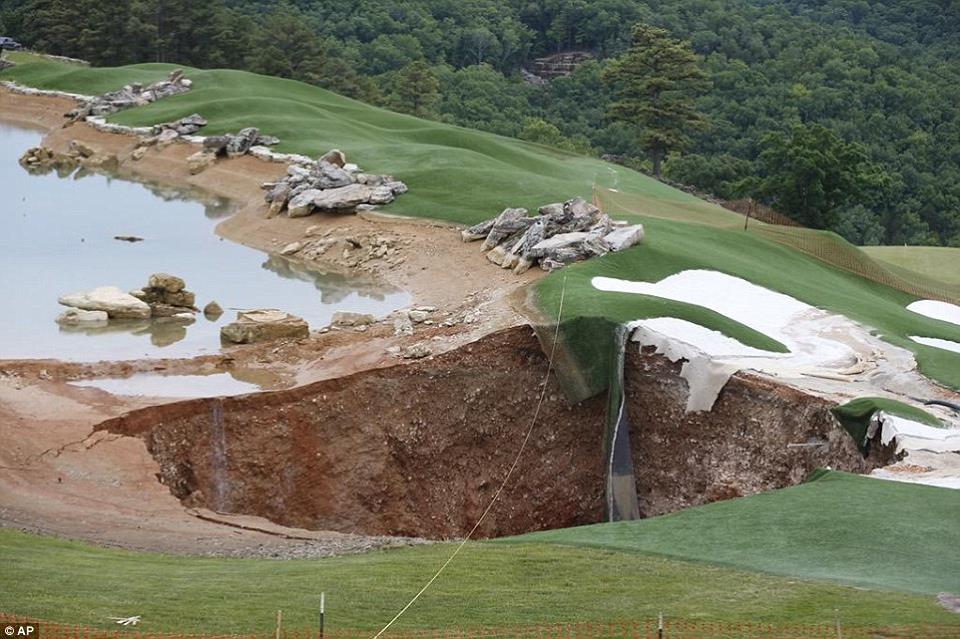 The giant hole appeared around 5.30am on Friday along with a few smaller ones at Top of the Rock golf course near Branson, Missouri. 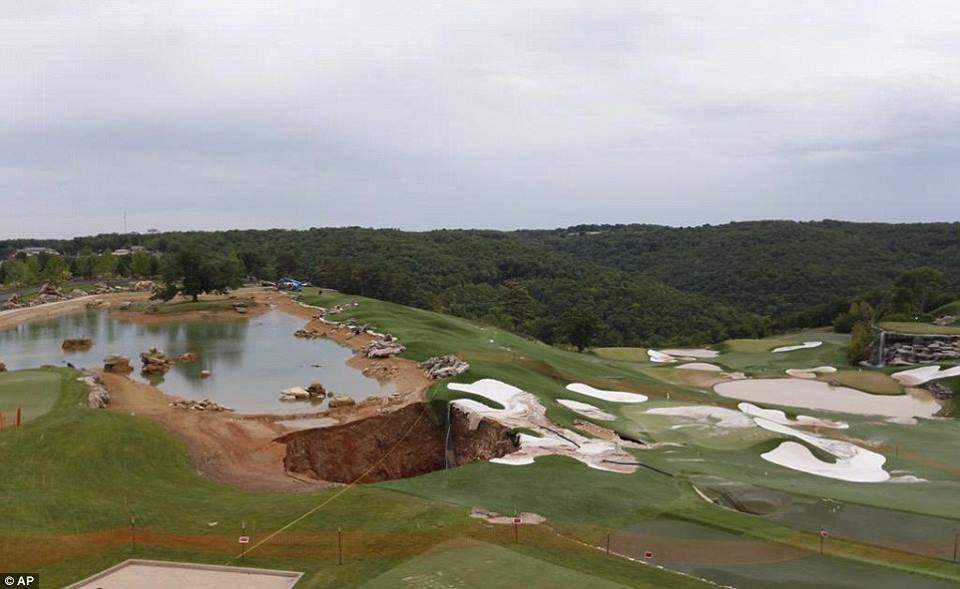 The 80 feet wide sinkhole was created by two separate sinkholes that formed near the entrance.

Another hole that appeared is around 25 feet wide by 18 feet deep. 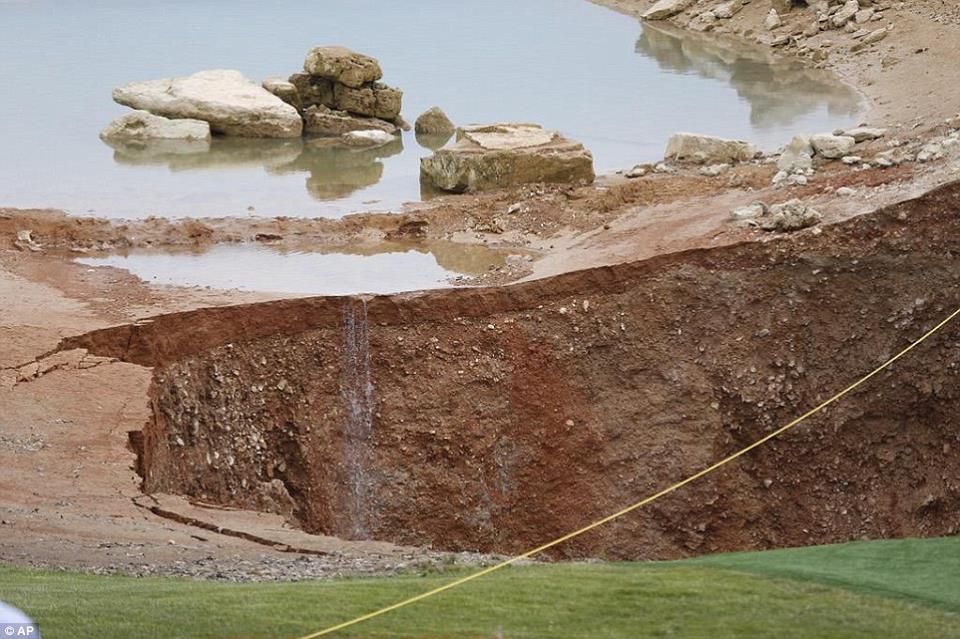 Geologists said such sinkholes are common in the Ozarks because of its karst topography. 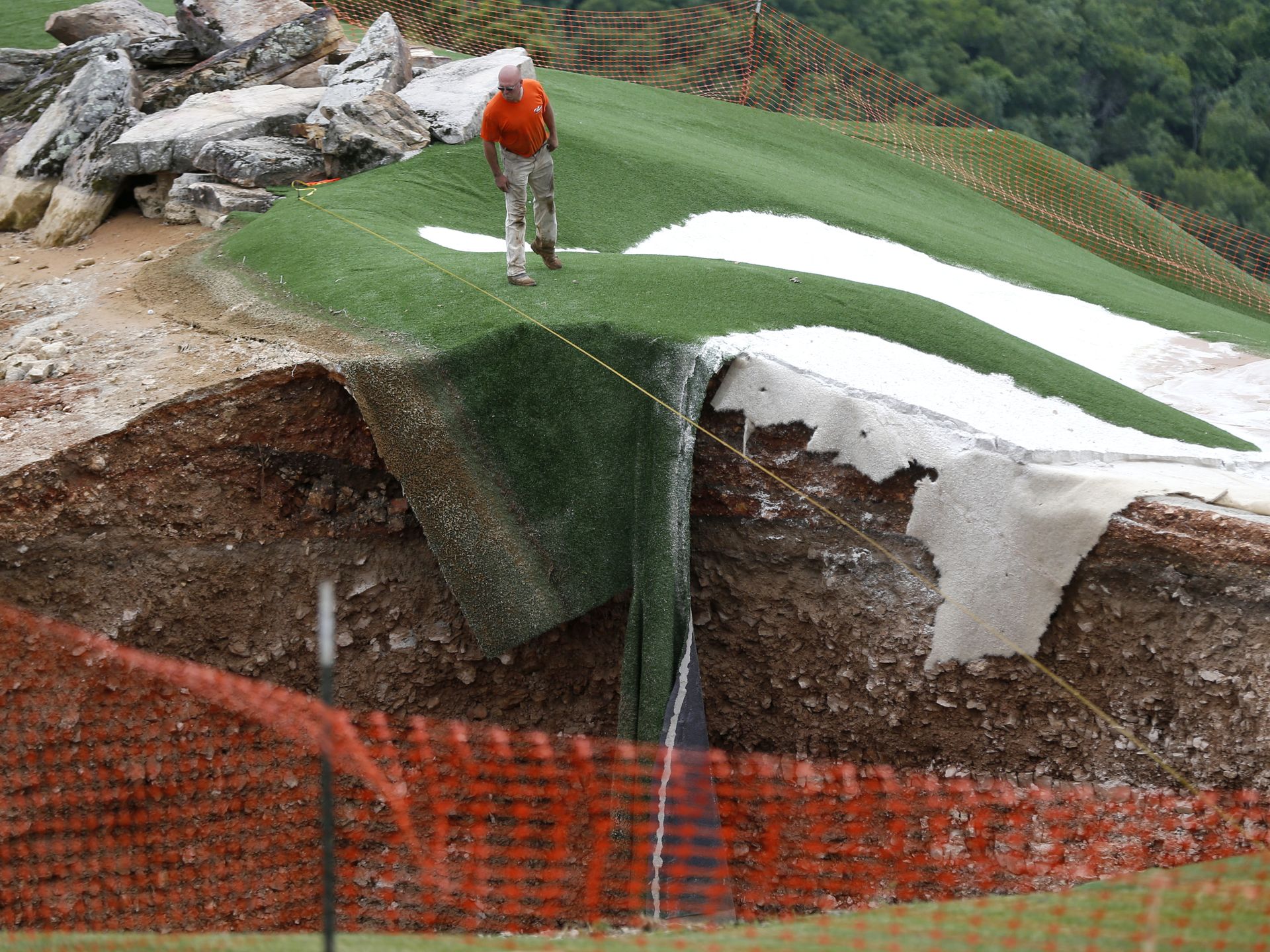 The giant sinkhole could have been caused by an undiscovered cave and that recent heavy rains likely played a huge role.