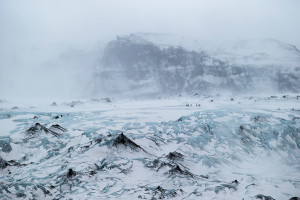 Scientists believe to have discovered remnants of a lost continent in Southeast Iceland.

They stumbled upon continental material in the lava around Öræfajökull, a Vatnajökull outlet glacier.

Was this material recycled through the plume or is this truely the a trace of a lost continent?

[quote_box_center]They argue that the plume split off a sliver of continent from Greenland in the Early Eocene. This sliver is now located beneath southeast Iceland where it locally contaminates some of the plume-derived magmas.[/quote_box_center]

Read the full article published in the Proceedings of the National Academy of Sciences (PNAS).