Our planet is becoming increasingly unstable.

40 volcanoes around the globe are erupting right now, and only 6 of them are not along the Ring of Fire. 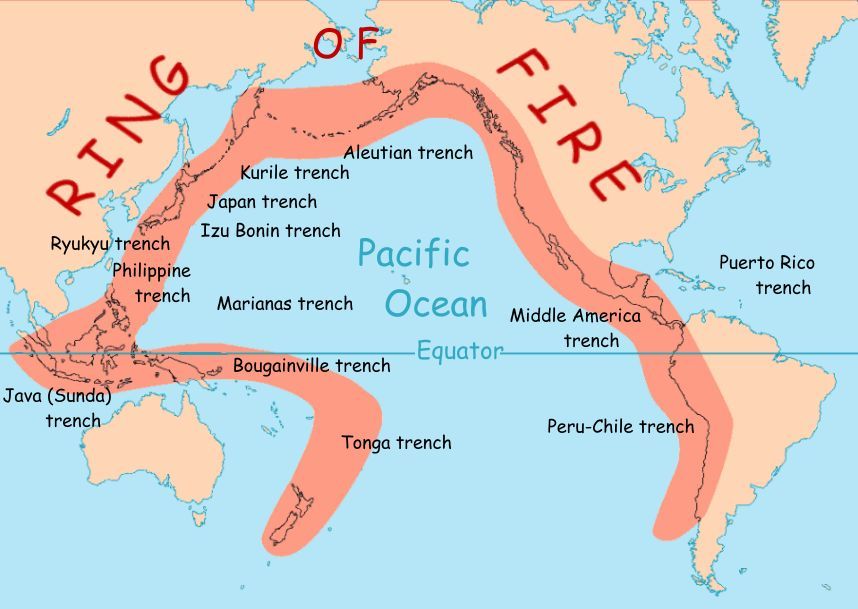 A really high number, no? There were a total of 3,542 volcanic eruptions during the entire 20th century. When you divide that number by 100, that gives you an average of about 35 volcanic eruptions per year. So the number of volcanoes that are erupting right now is well above the 20th century’s average for an entire calendar year.

As Costa Rica news points it out:

[quote_box_center]If it seems like earthquakes and erupting volcanoes are happening more frequently, that’s because they are. Looking at global magnitude six (M6) or greater from 1980 to 1989 there was an average of 108.5 earthquakes per year, from 2000 to 2009 the planet averaged 160.9 earthquakes per year: that is a 38.9% increase of M6+ earthquakes in recent years. Unrest also seems to be growing among the world’s super-volcanoes. Iceland (which is home to some of the most dangerous volcanoes on the planet), Santorini in Greece, Uturuncu in Bolivia, the Yellowstone and Long Valley calderas in the U.S., Laguna del Maule in Chile, Italy’s Campi Flegrei – almost all of the world’s active super-volcanic systems are now exhibiting some signs of inflation, an early indication that pressure is building in these volcanic systems.[/quote_box_center]

But of course most Americans are never going to care about any of this until it starts affecting them personally.

Well, perhaps they should start paying attention to the warning signs. Hey guys! Right now the entire planet appears to be waking up, and this especially seems to be true of the Ring of Fire.

Right now, just about every other part of the Ring of Fire is shaking violently.

The truth is that our planet and our sun are changing in ways that are unpredictable and that our scientists don’t completely understand.

[quote_box_center]Scientists already know that magnetic north shifts. Once every few hundred thousand years the magnetic poles flip so that a compass would point south instead of north. While changes in magnetic field strength are part of this normal flipping cycle, data from Swarm have shown the field is starting to weaken faster than in the past. As such, rather than the full flip occurring in about 2,000 years, as was predicted, the new data suggest it could happen sooner.[/quote_box_center]