Researcher declares that the sixth mass extinction is here!

The average rate of vertebrate species loss over the last century has been calculated to be 114 times higher than the background rate – 2 mammal extinctions per 10,000 species per 100 years. These estimates reveal an exceptionally rapid loss of biodiversity over the last few centuries, indicating that a sixth mass extinction is already under way. 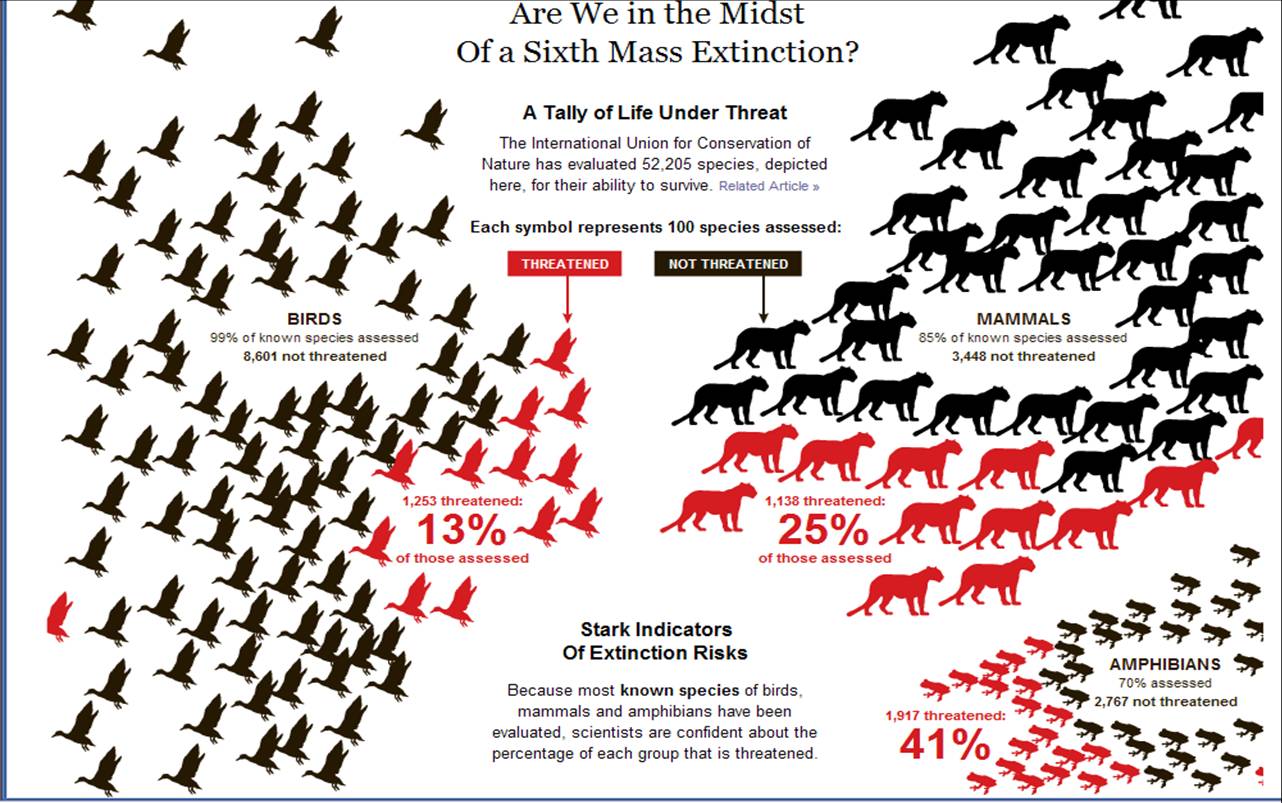 In their Science Paper, the scientists add:

[quote_box_center]Averting a dramatic decay of biodiversity and the subsequent loss of ecosystem services is still possible through intensified conservation efforts, but that window of opportunity is rapidly closing.[/quote_box_center]

You can follow the evolution of mass kills around the world at: http://strangesounds.org/animal-mass-die-off-strange-behaviors

More about the already on-going sixth extinction to be read in Phys.org.