What is this mysterious light that passes through the sky over the Colima Volcano in Mexico?

The strange event was recorded on July 4 2015 by one of the cameras from webcamsofmexico.com which records the activity of the volcano. 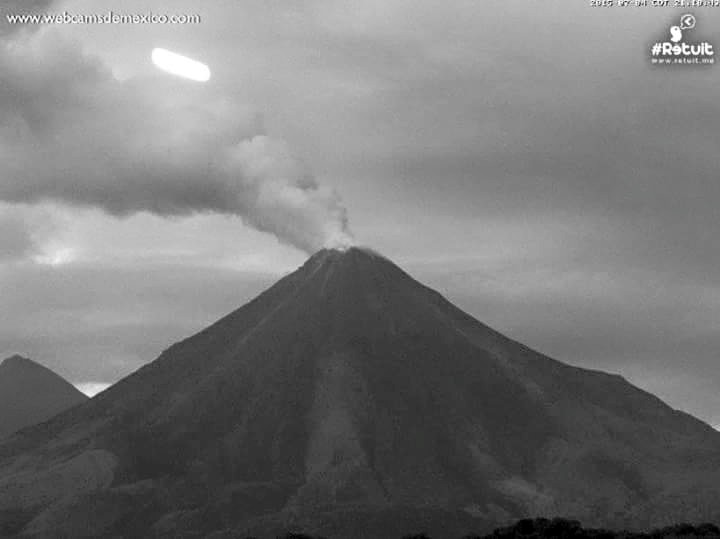 The unusual event was caught on tape between 21:10:30 and 21:10:50 local time, near the volcano of Colima which is in constant activity since a few months. 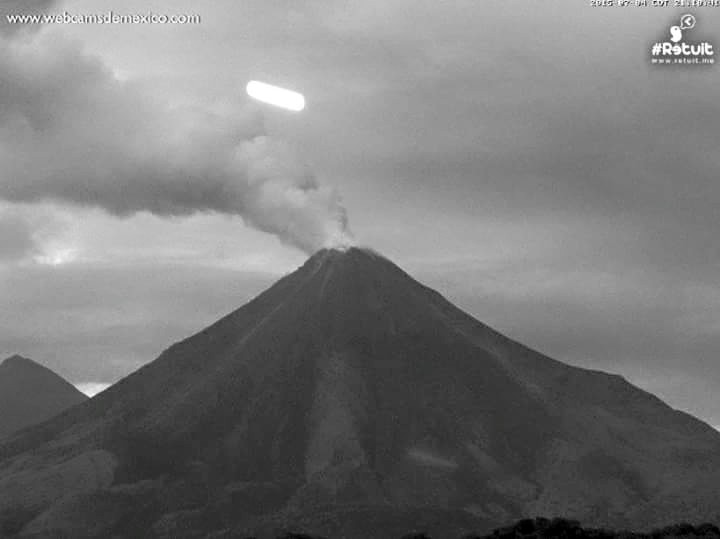 As the light passes by you see its reflection on the ground going the other way! 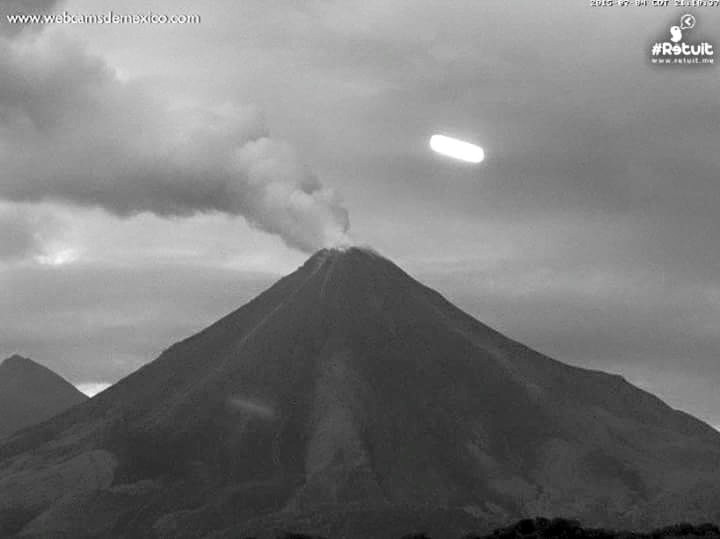 WOW! Now watch the video of the strange sky phenomenon:

This is pretty much similar to what was seen hovering over the Popocatepetl few years ago:

Any ideas on the origins of this weird sky phenomenon?