Another major earthquake in the Himalayan Mountains is imminent.

Indeed, the 7.8-magnitude quake that devastated Nepal in April failed to release all of the region’s seismic energy. 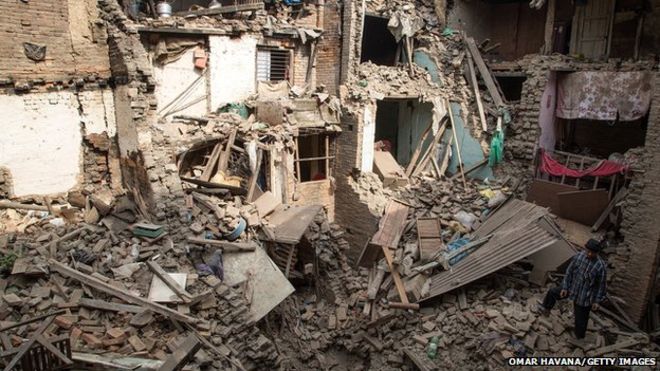 The fault line between India and Asia remains strained. As described in two new research papers in Nature Geoscience and Science Magazine:

[quote_box_center]When the stress finally broke the fault, at an epicenter about 50 miles northwest of Kathmandu, the expense of energy traveled to the east, opening only the fault’s shorter eastern stretch.[/quote_box_center]

However, the western part of the fault remained locked and thus calls for special attention:

[quote_box_center]The stress-strained portion, which runs for nearly 500 miles roughly from Kathmandu to the northwest of New Delhi, has not seen a major seismic event since 1505, when an earthquake believed to have measured 8.5 on the Richter Scale — significantly larger than April’s event — shook the region. The recent studies suggest that some of the energy released in the April earthquake rippled westward, compounding with the pent-up energy along this portion of the fault, possibly “facilitating future ruptures.”[/quote_box_center]

So there is really an increased risk of a future major earthquake in an area between the west of Nepal and India.