The world’s biggest tides in two decades will hit Canada’s shores on September 29, 2015.

This is due to a convergence of 3 celestial events: The full moon, The perigee moon, and the fall equinox.

All phenomena are more or less related to the sky. But on September 29, 2015, a convergence of 3 cosmic events will create the highest global tides in almost two decades. 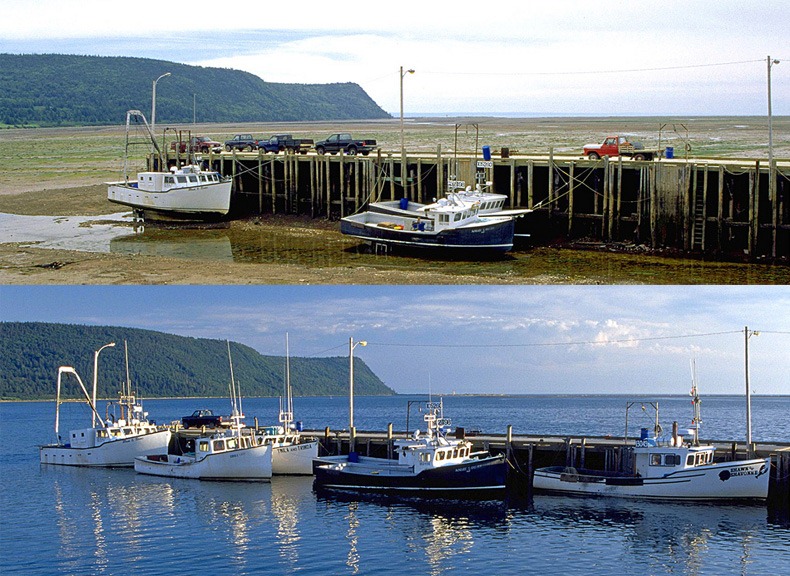 The Bay of Fundy between New Brunswick and Nova Scotia famously reports the highest tides in the world. At their average peak, they can be more than 16 m. But tomorrow, they will get much bigger!

In 1869, a hurricane hit as the highest tides in an 18-year cycle: The Saxby Gale

Known as the Saxby Gale, this storm hit the region on October 4-5, 1869, coincidentally at the top of the same 18-year cycle that will peak this month. It resulted in one of the highest death tolls of any hurricane in Canada.

The storm surge was enormous, topping the dikes by 0.9 m and rising to 2 m above the then-record in the city of Moncton, N.B.

The seas of September 29 won’t be remotely that destructive. There are indeed no tropical systems expected in the area, but the memory of the Saxby Gale gives you an idea of how seriously to take it when the tides reach their 18-year peak.