This intense three suns phenomenon appeared in the Russian sky on January 12, 2016 stunning residents across the city of Kazan.

I mean look at the pictures and the video. They are overwhelming. 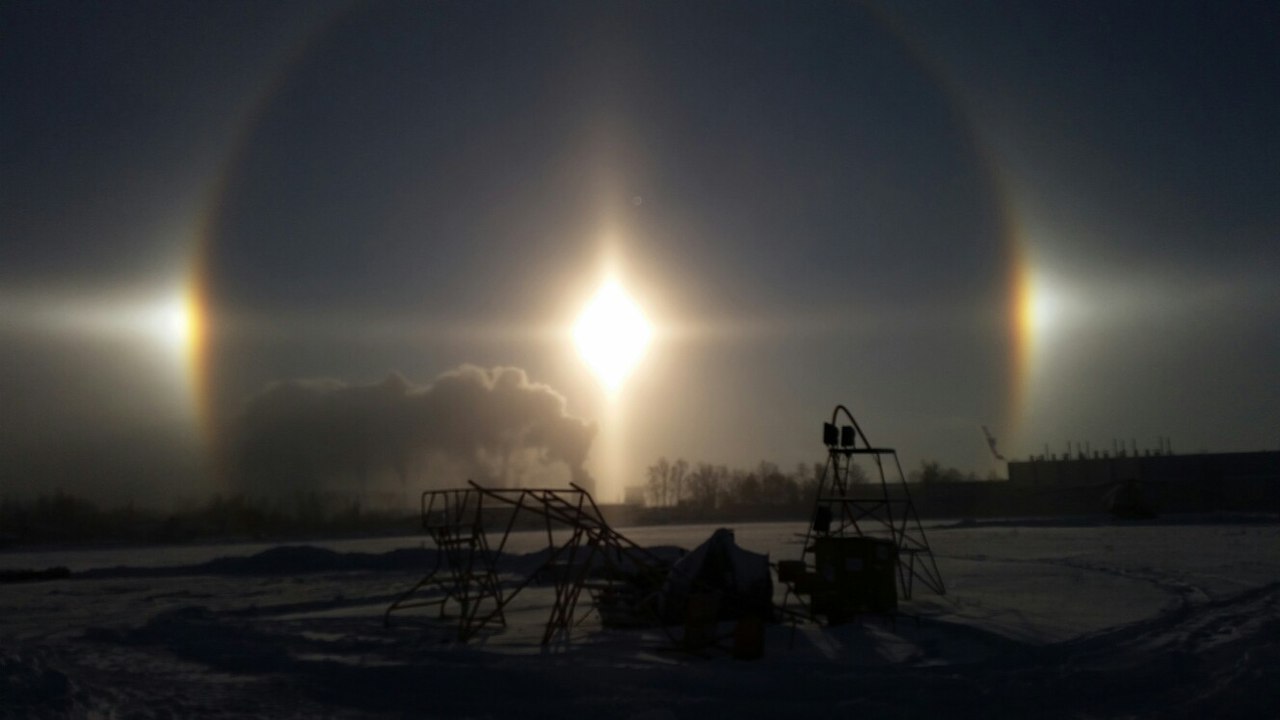 Sun dogs are either caused by the refraction of light on plate-shaped hexagonal ice crystals in high and cold cirrus or cirrostratus clouds or drifting in the air at low levels like in those pictures. 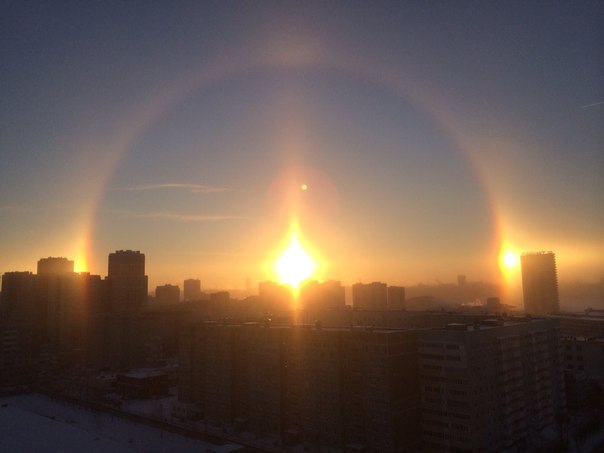 The crystals act as prisms and bend the light rays passing through them with a minimum deflection of 22°. 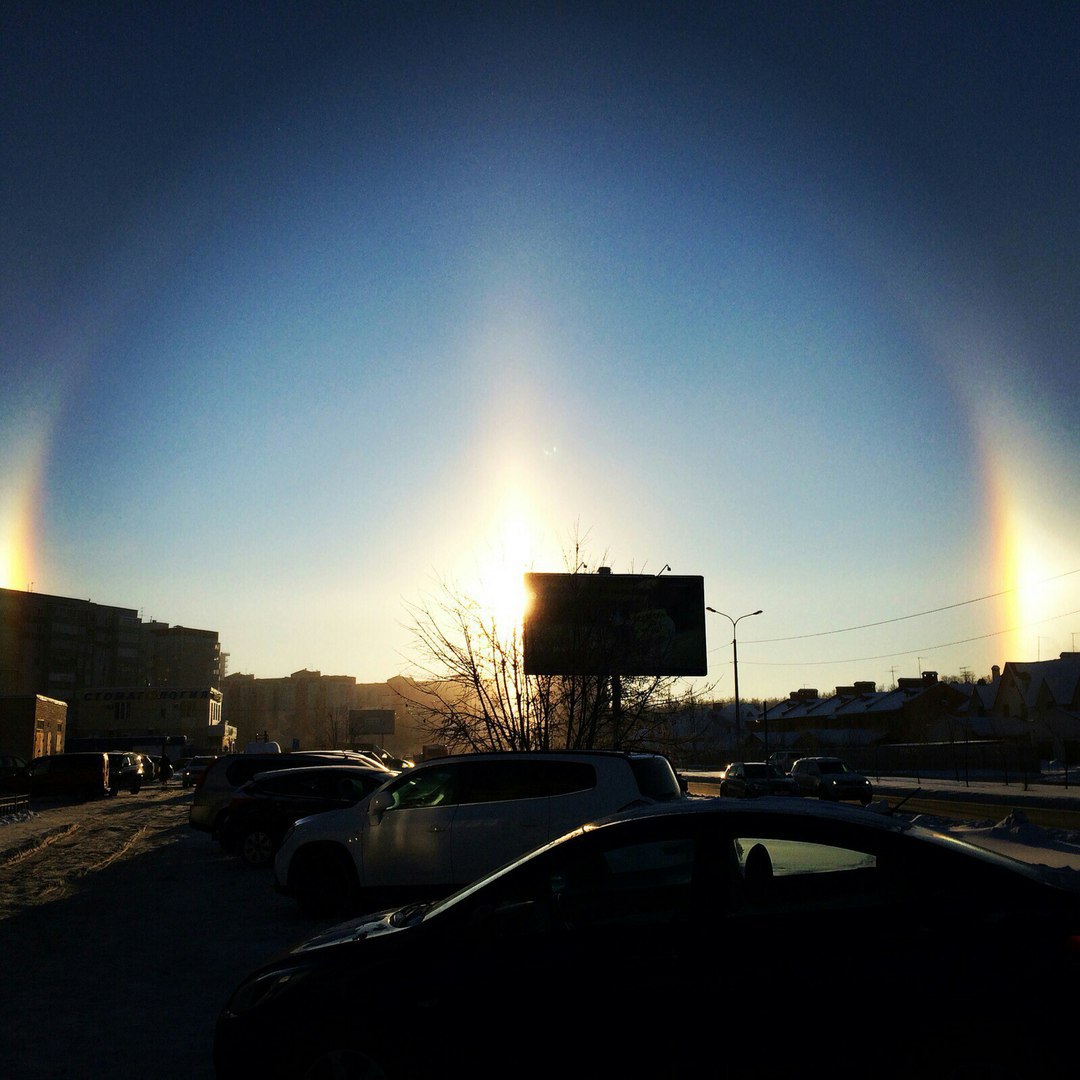 As the crystals gently float downwards with their large hexagonal faces almost horizontal, sunlight is refracted horizontally, and sun dogs are seen to the left and right of the Sun. 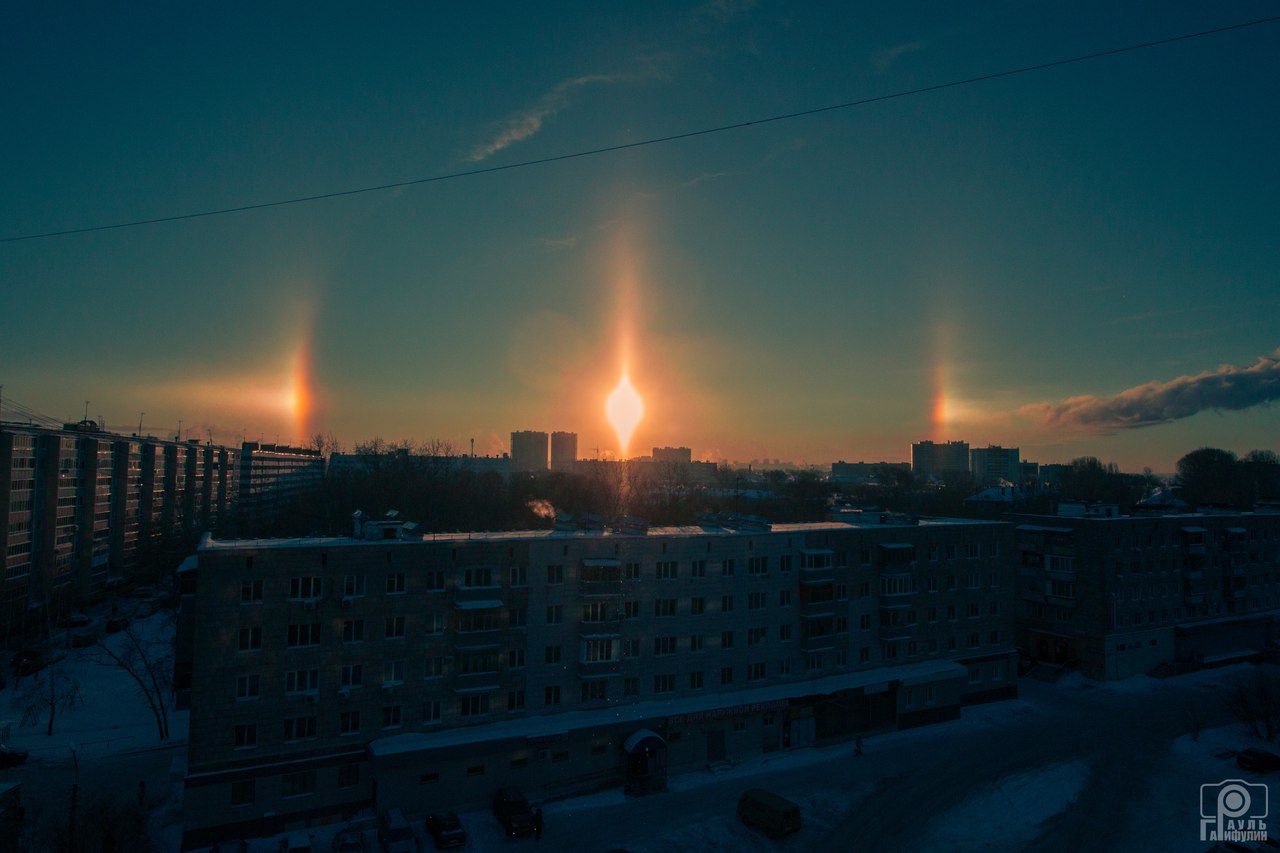 Sun dogs are red-colored at the side nearest the Sun; farther out the colors grade through oranges to blue. 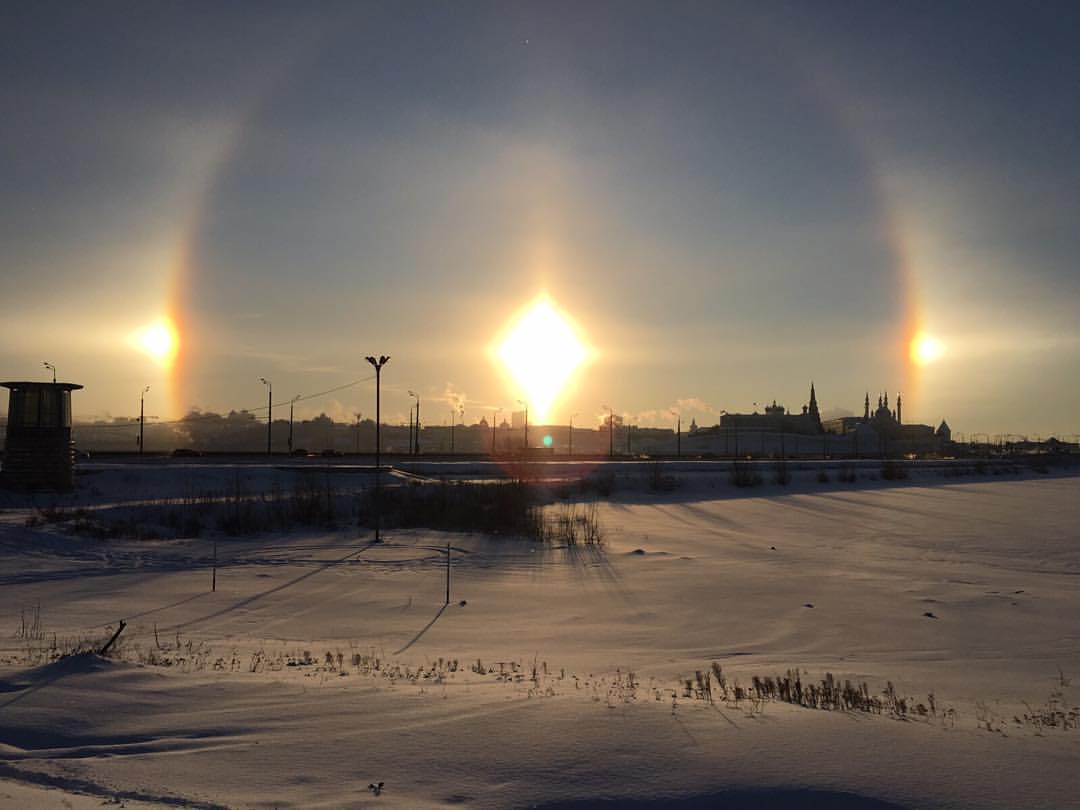 However, the colors overlap considerably and so are muted, never pure or saturated. The colors of the sun dog finally merge into the white of the parhelic circle like in thos pictures. 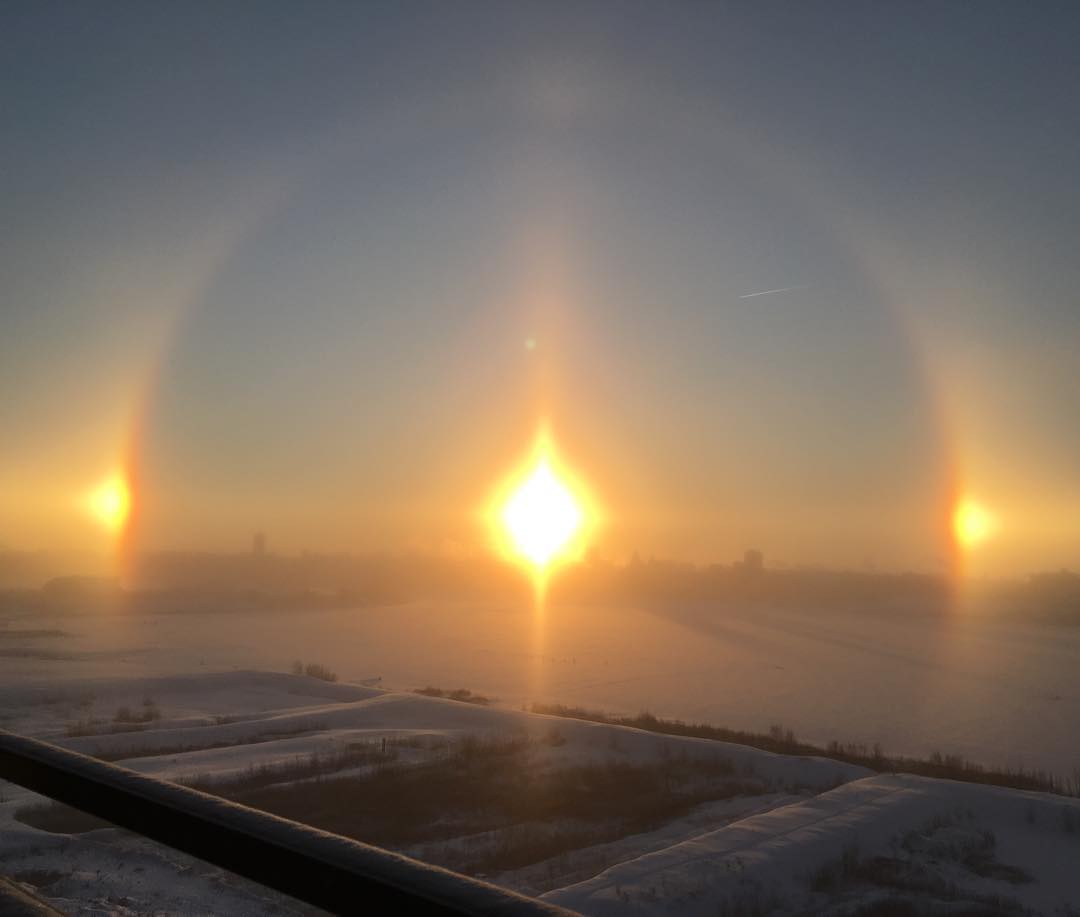 Another halo variety often seen together with sun dogs is the 22° halo, which forms a ring which appears to interconnect the sun dogs. 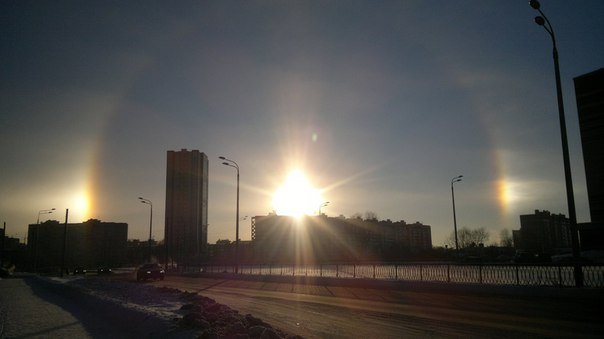 Would be awesome to see sun dogs on other planets. 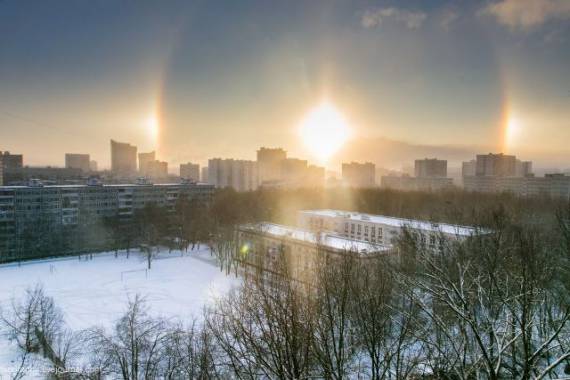 Just to finish an awesome video of this intense halo in the sky of Kazan:

Chemtrail cover-up: Mysterious trail in the sky over Alaska – Officials classify the sighting as being a contrail