A huge sinkhole opened up between two buildings in Nordhausen, Germany.

The giant 40 to 50 meters deep, 30 meters wide crater is filled with water and still growing. It has already swallowed parts of an office building. Another house is on the verge of collapsing. 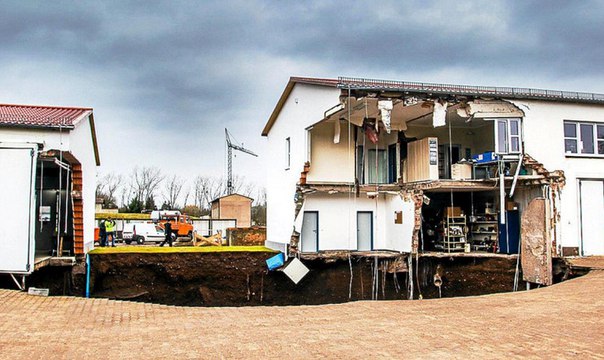 A first sinkhole opened up between two farm buildings in Nordhausen at around 7pm on Friday evening. 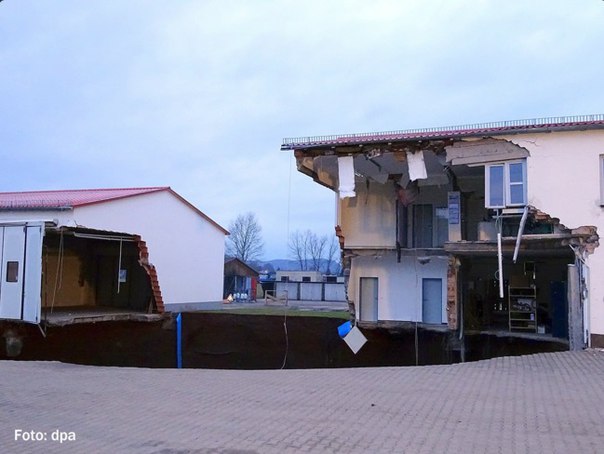 Then the ground collapsed another time. The two holes than merged into a giant cavity measuring 30 meters in diameter and 40 to 50 meters deep. That is gigantic. 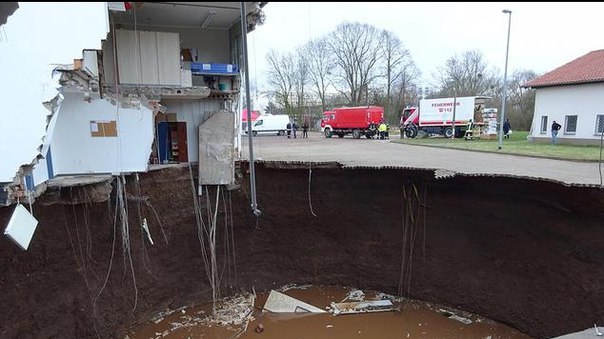 As the ground collapsed, witnesses reported a strong rumbling noise like that we hear during an earthquake. 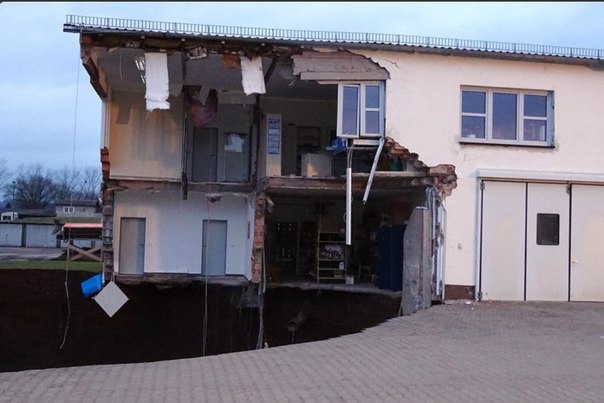 The two buildings were empty as they collapsed into the ground. 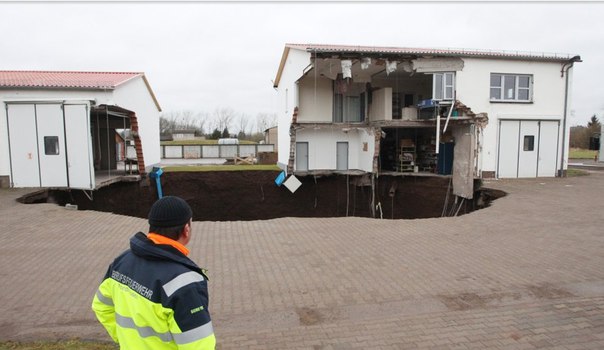 Although the hole is still growing up, the area is well protected and nobody is in danger. 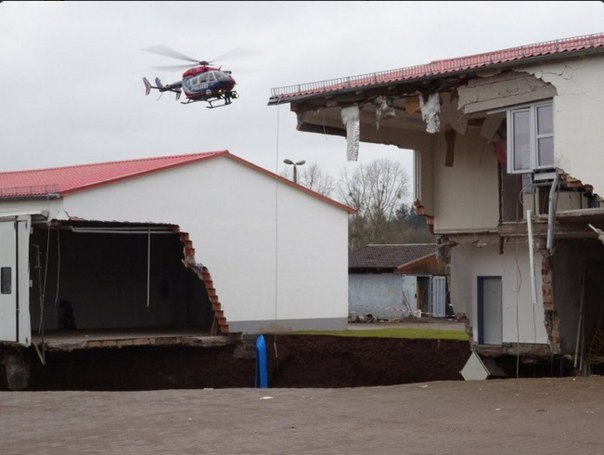 The two buildings may however disappear underground.