Take a look at this abyssal sinkhole that opened up under a garage at a house in Scorrier near Redruth in Cornwall on March 7, 2016.

The massive mineshaft is approximately 300ft to water and only god knows how deep from there! 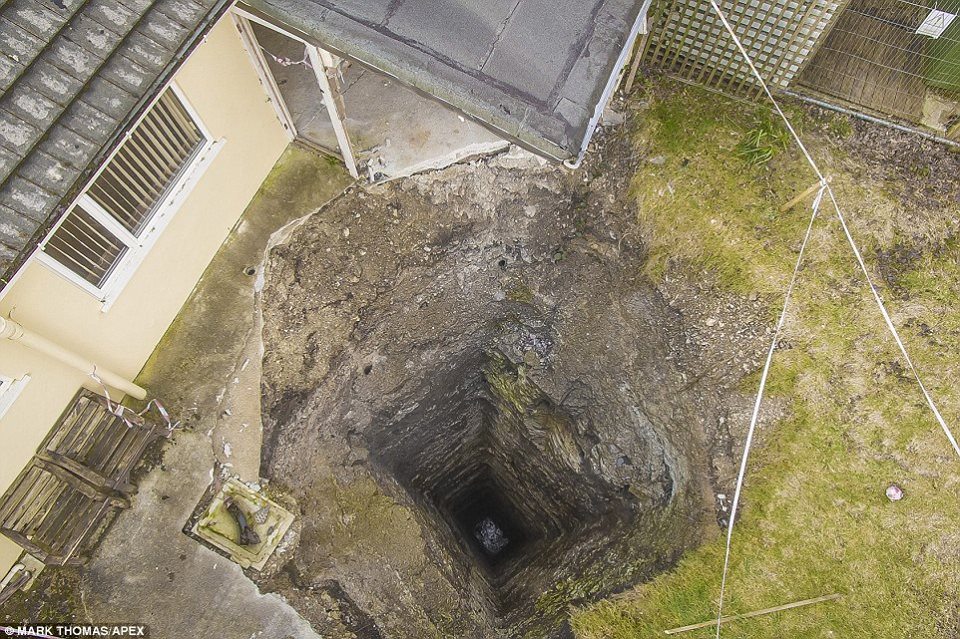 A mineshaft believed to be at least 90 metres (300ft) deep has opened up in the back garden of an unoccupied house in Cornwall swallowing up a patio and part of the garage. 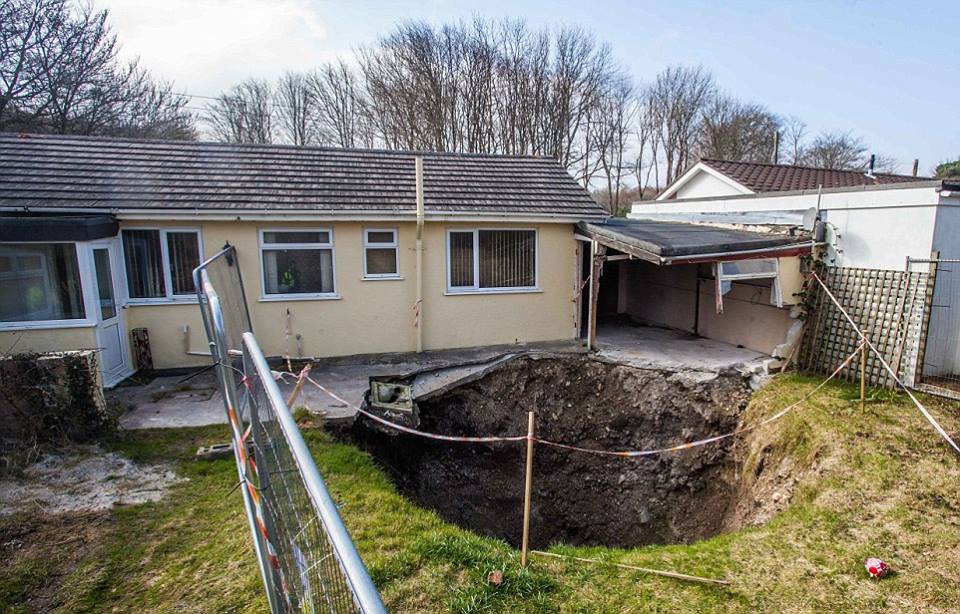 The shaft was found in one of the former centres of the Cornish tin and copper mining industries. In this area of Cornwall, the ground is a huge piece of Swiss cheese, dotted with holes. 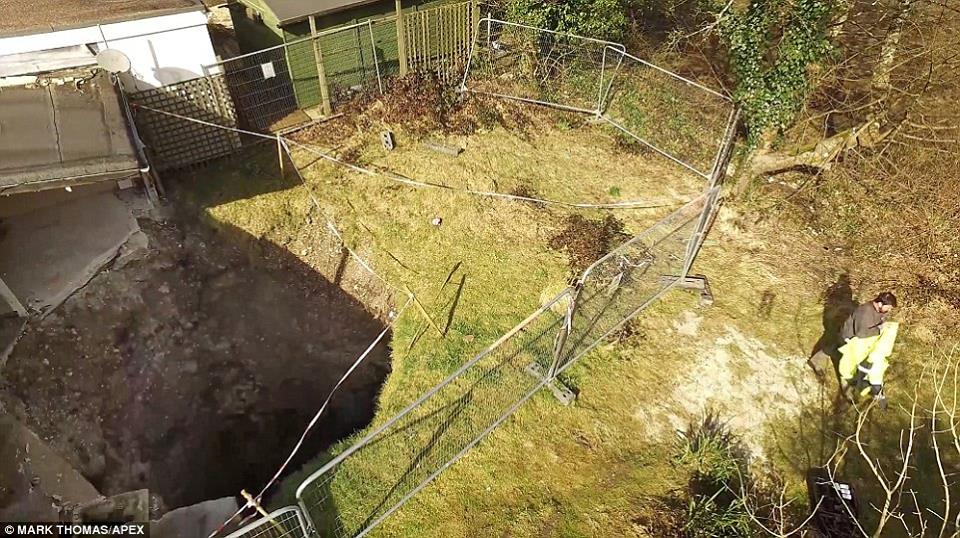 This shaft opened up during a mining investigation, where a drill rig was being used to check for voids beneath the surface. 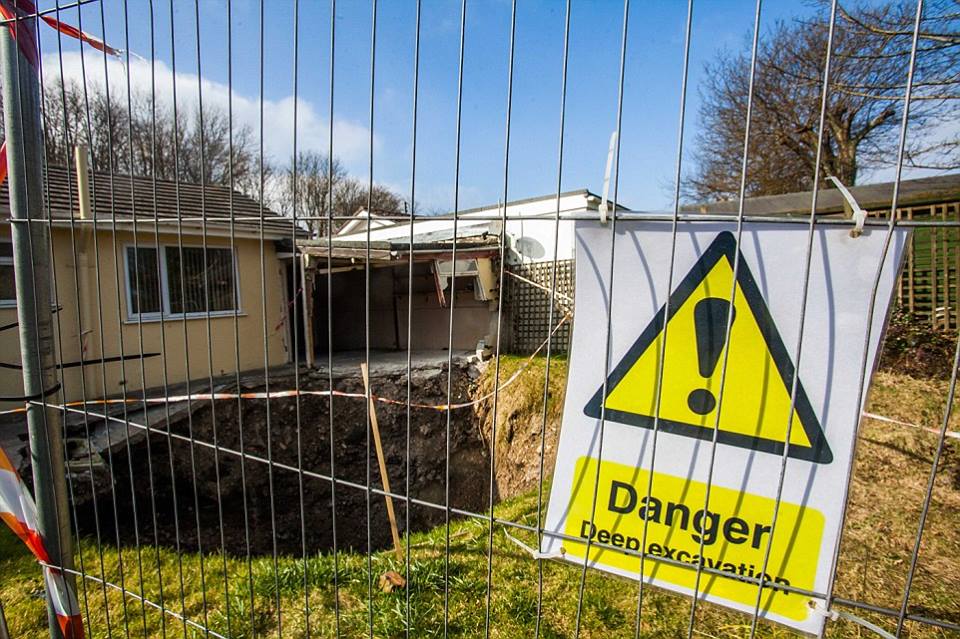 Shafts do collapse from time to time in Cornwall, often after heavy rain.