That is worst than in a disaster movie! 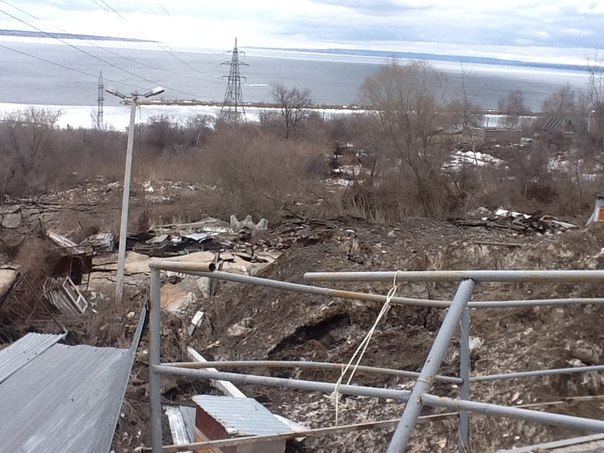 This is the first full-scale landslide in this area of the Volga in the last 57 years. 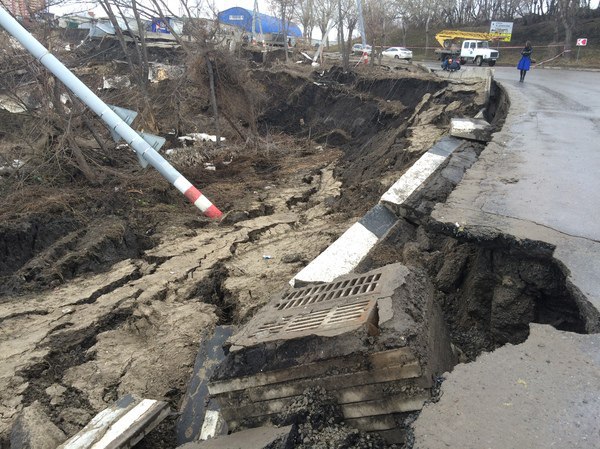 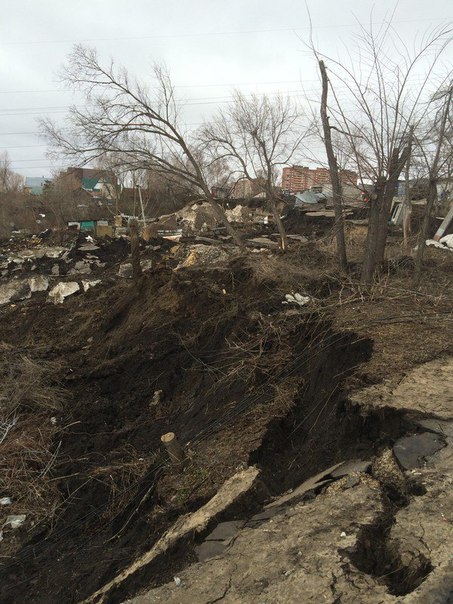 The landslide is most probably due to an oversaturated soil after the heavy rain that fell on the area during last days. 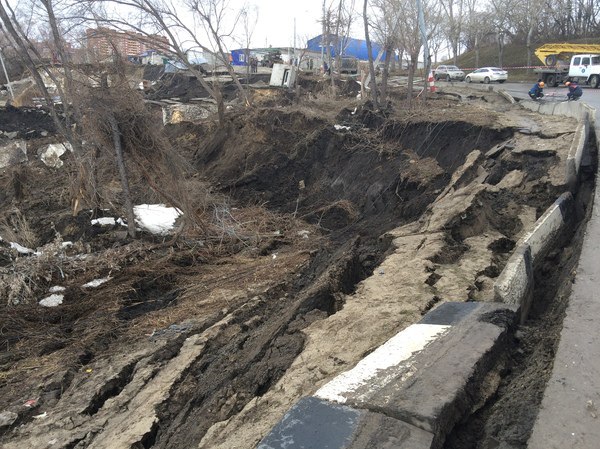 However, many residents blame road workers and the government, who have never controlled the landslide section of the road. 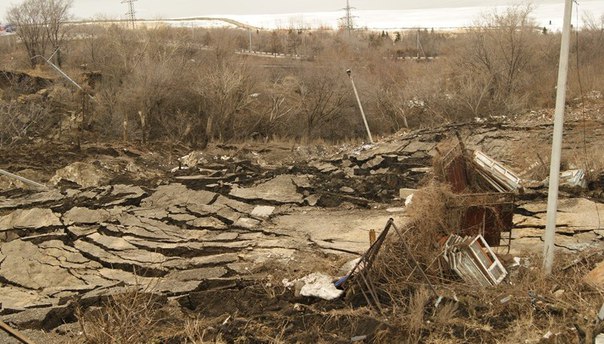 The area is now under close control and autorities try to calm down all frightened residents. 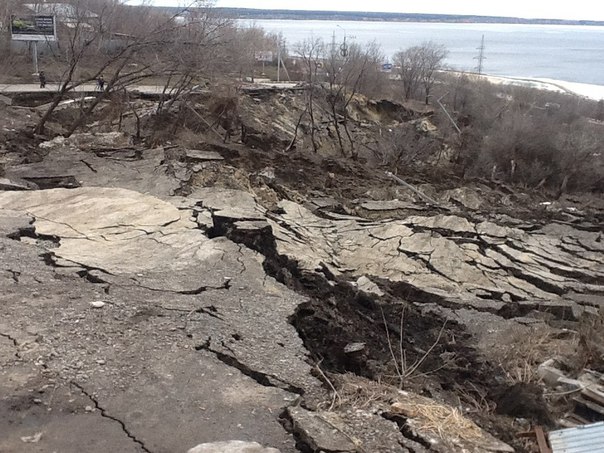 The landslide swallowed everything on its path: The roadway, power poles, utility buildings, trees. 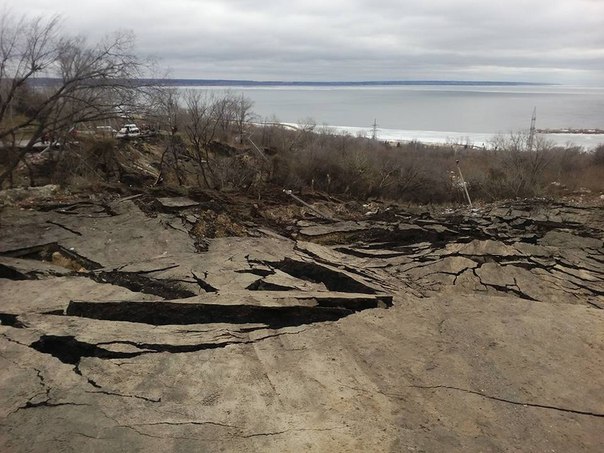 Luckily the ground collapse didn’t engulf any cars or people. 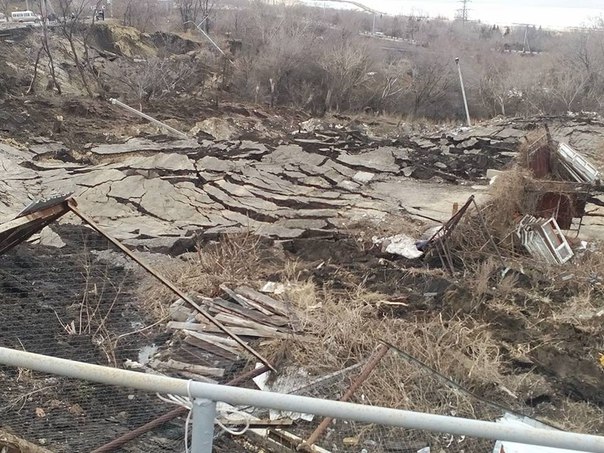 According to environmentalists the land slides 20 cm every single hour. 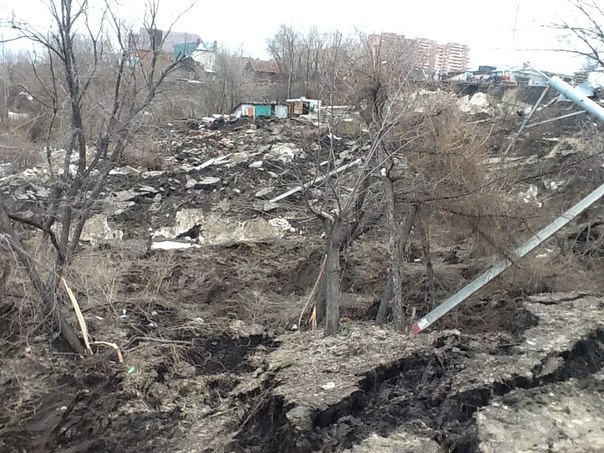 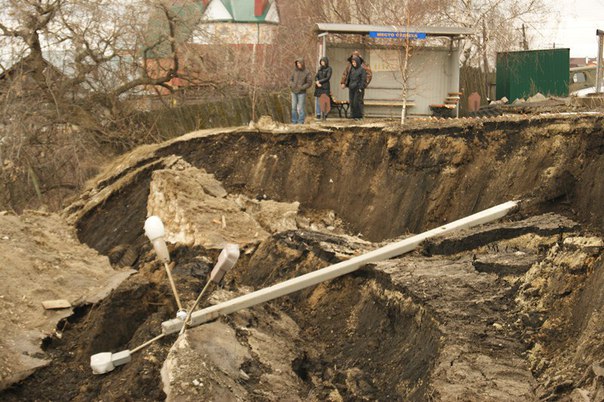 Here a video. Scroll through for some more images (except if you understand Russian) 😉