Cars, trucks, trees, rocks, houses… Everything was swept away. Discover this extreme weather phenomenon in pictures and videos.

Oh my god… This was creepy! 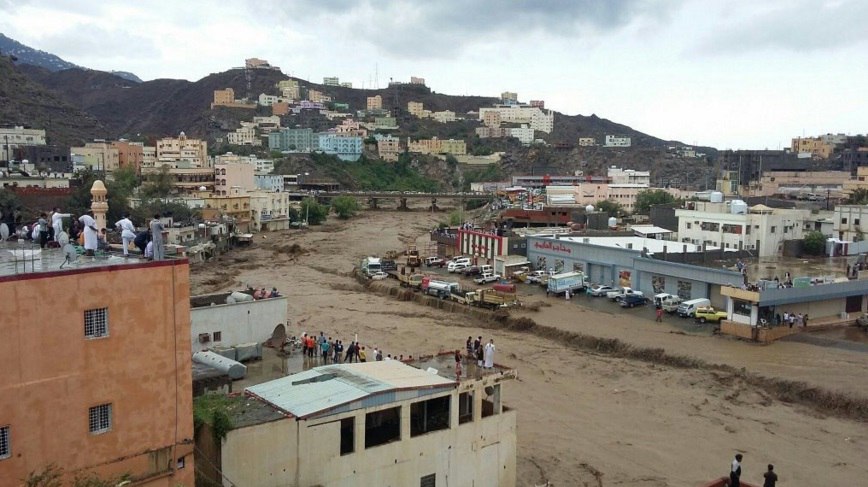 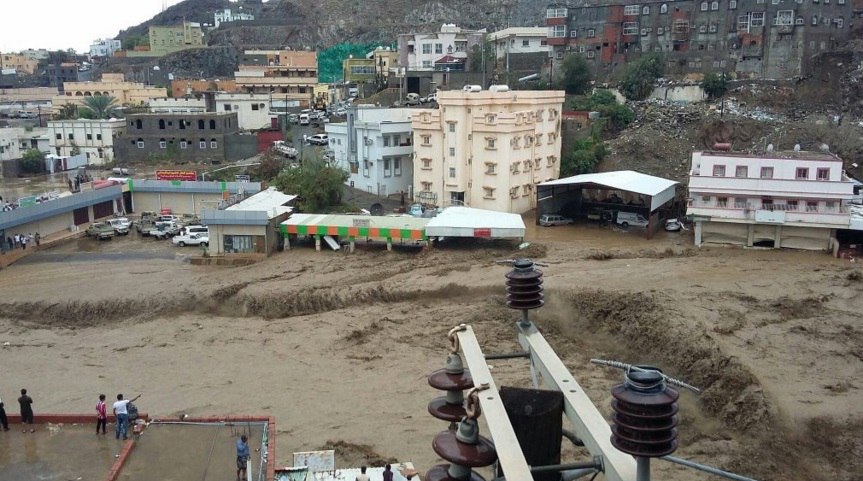 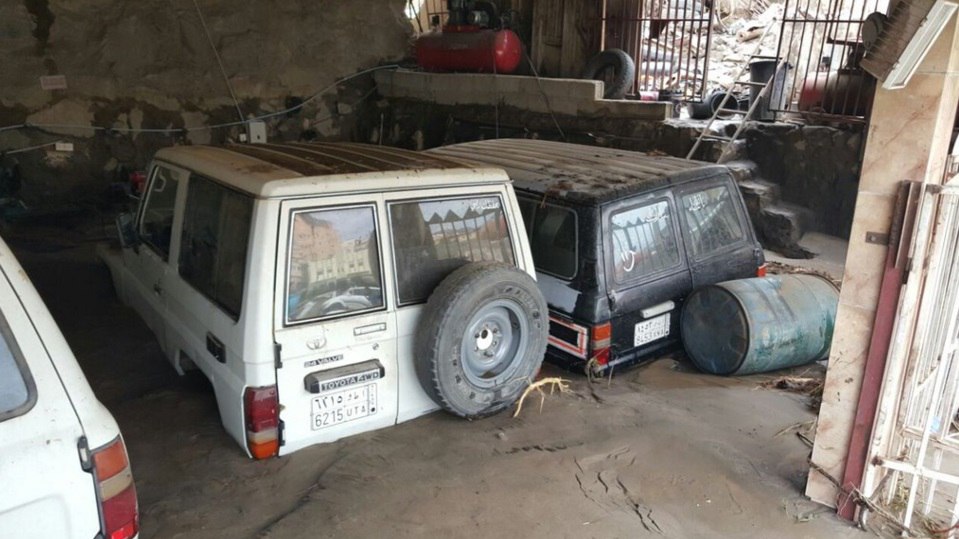 The furious water swept everything on its path! 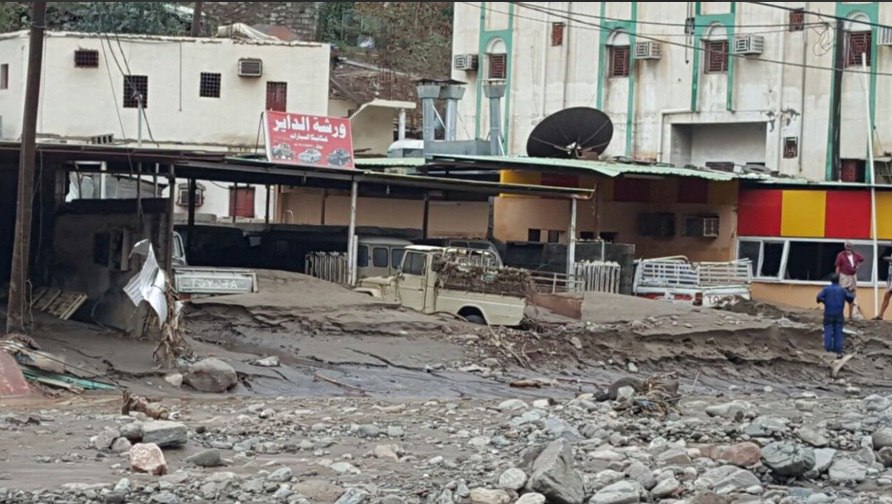 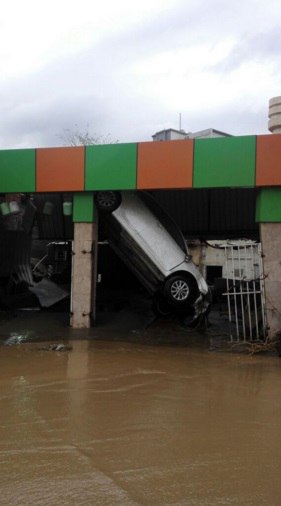 And sirens or alarms were ringing loud! 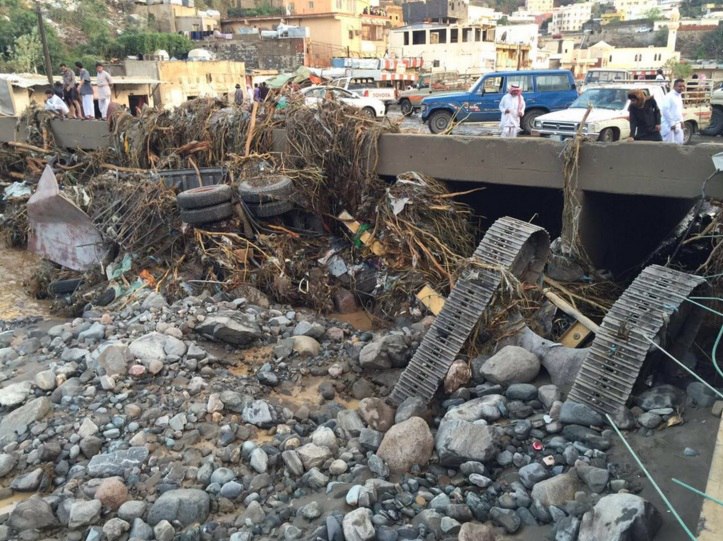 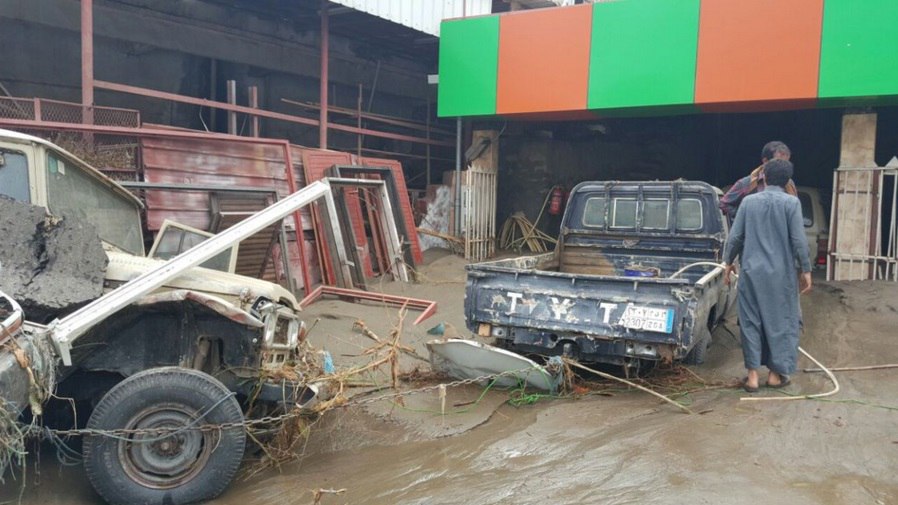 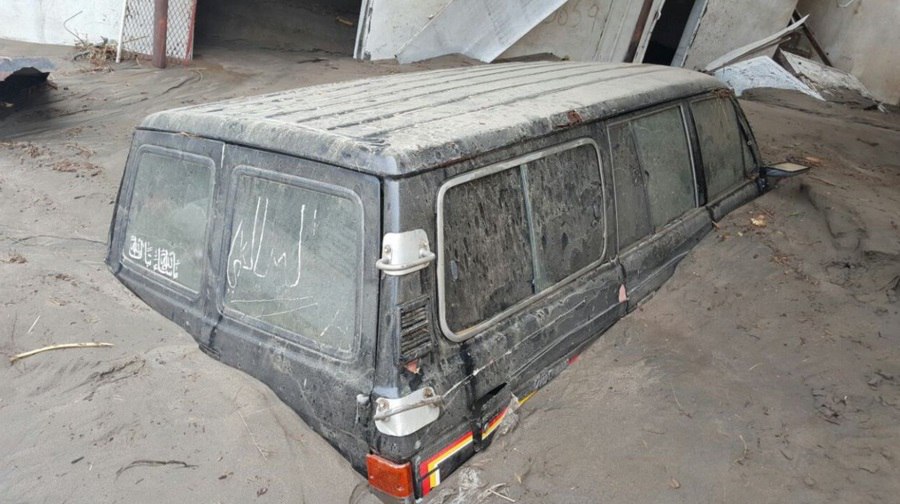 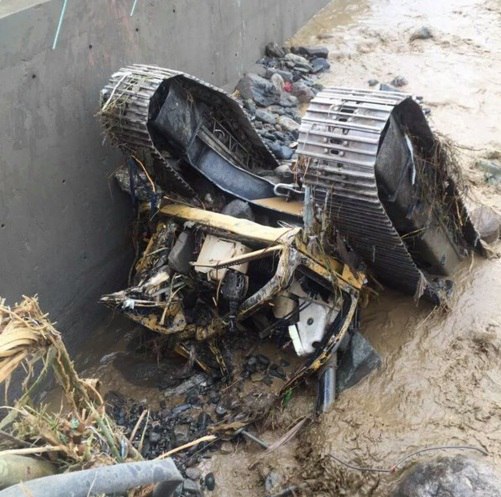 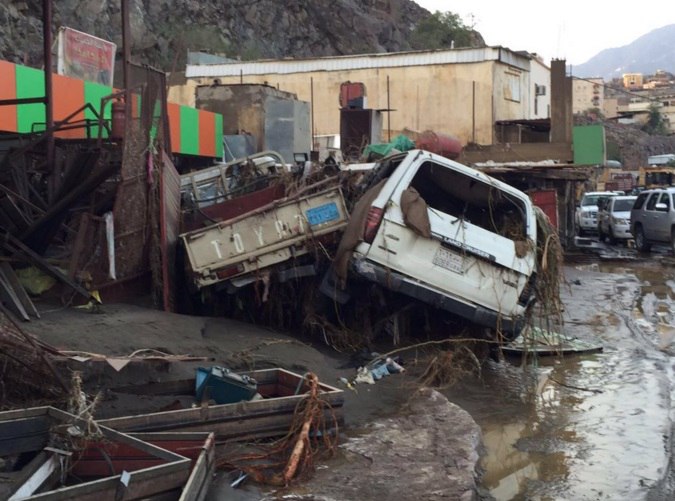 Saudi Arabia is experiencing extremely bad weather since a week.

The Jizan Region is situated in the southwest corner of Saudi Arabia and boarders Yemen. Its capital, Jazan City sits on the coast of the Red Sea and serves a large agricultural heartland that has a population of 1.5 million.

According to Saudi medias, one person was killed and 32 others injured during the extreme rains on Wednesday.

This is not much considering that the mudflow and flashfloods unexpectedly swept through an open market, broke into shops, houses and mosques while sweeping away a number of vehicles.

The region has been now placed under high alert. Do not get too clode to mountainous valleys and streams due to the sudden floods and water fluctuations.