They were accompanied by 57 minutes of low amplitude harmonic tremor and 10 explosions. 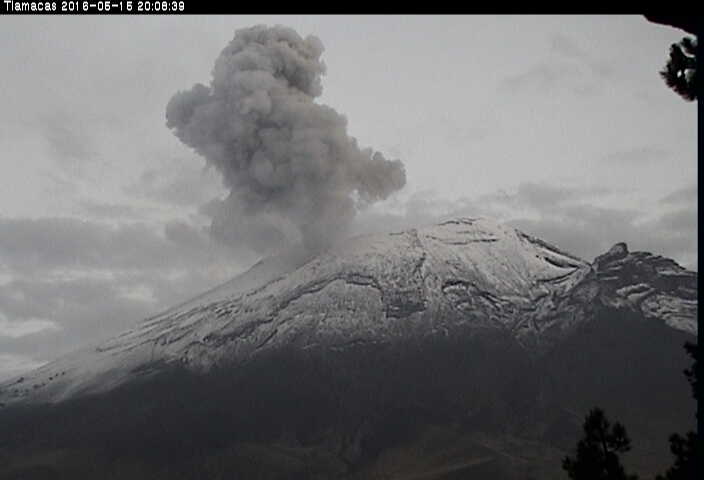 The National Center for Disaster Prevention (Cenapred) reported 298 exhalations of low intensity and 10 explosions with emissions of water vapor, gases and slight amounts of ash at Popocatepetl volcano, Mexico on May 16, 2016. 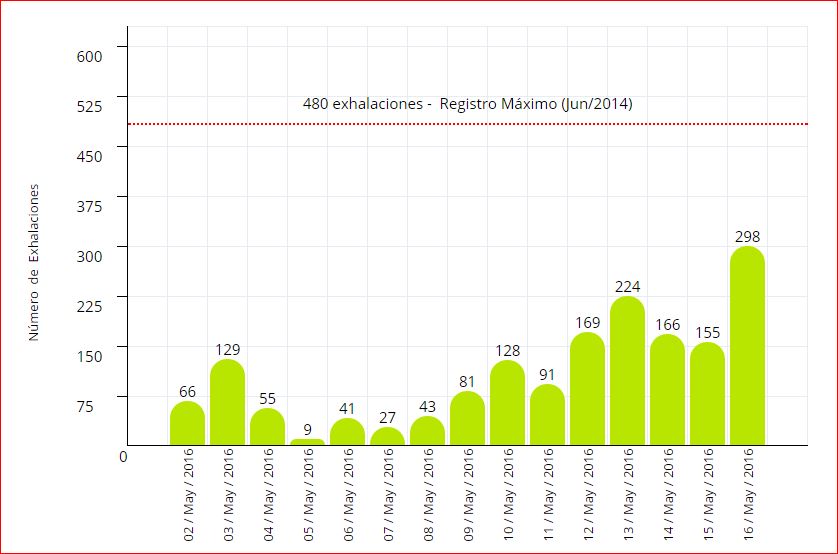 Low amplitude harmonic tremor were also recorded during over 57 minutes.

On May 15, 2016, incandescence was observed above the crater and increased during the exhalations. 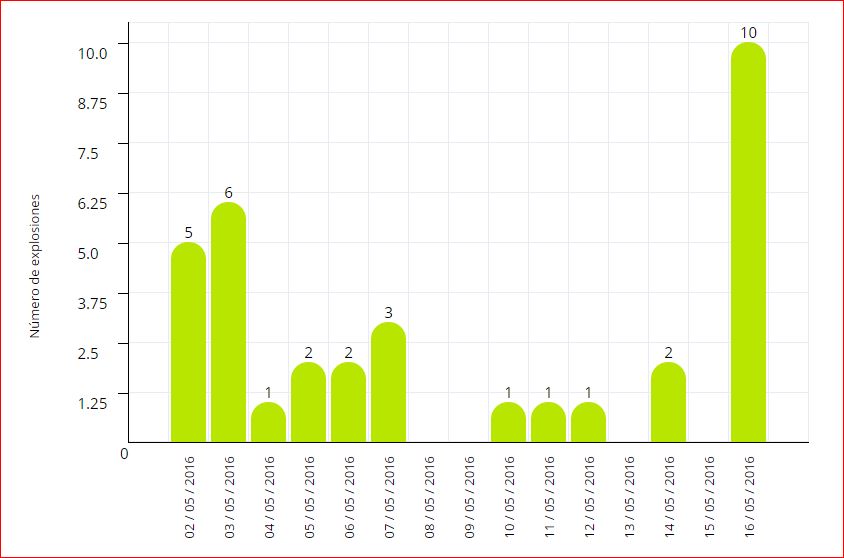 CENAPRED emphasizes that people SHOULD NOT go tot close to the volcano, especially near the crater, due to falling ballistic fragments.

The Volcanic Alert Semaphore Popocatepetl is in yellow, Phase 2.