Insane thunderstorms packed with strong anomalous hailstorms swept across the Czech Republic on May 23, 2016.

A hail attack that wil continue for the next few days, say meteorologists. 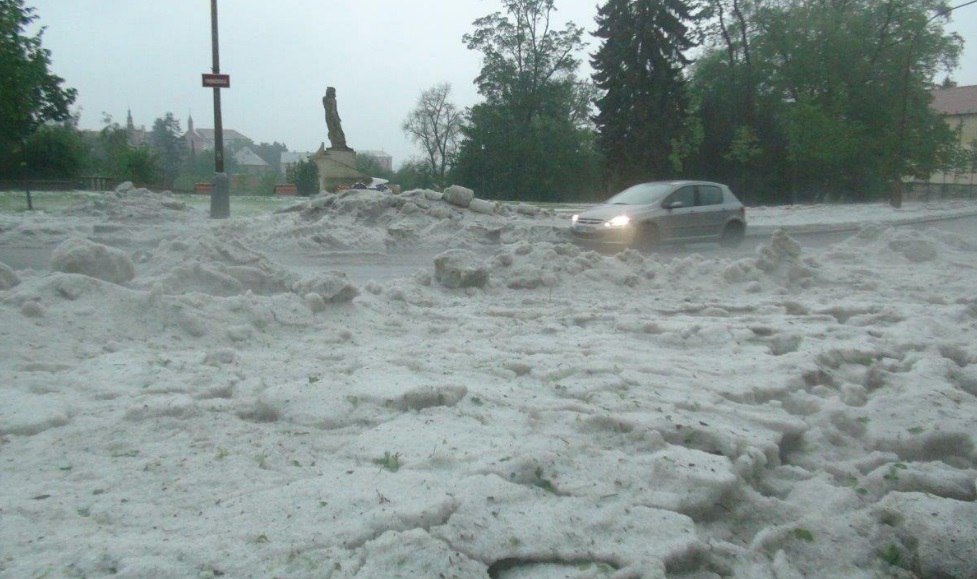 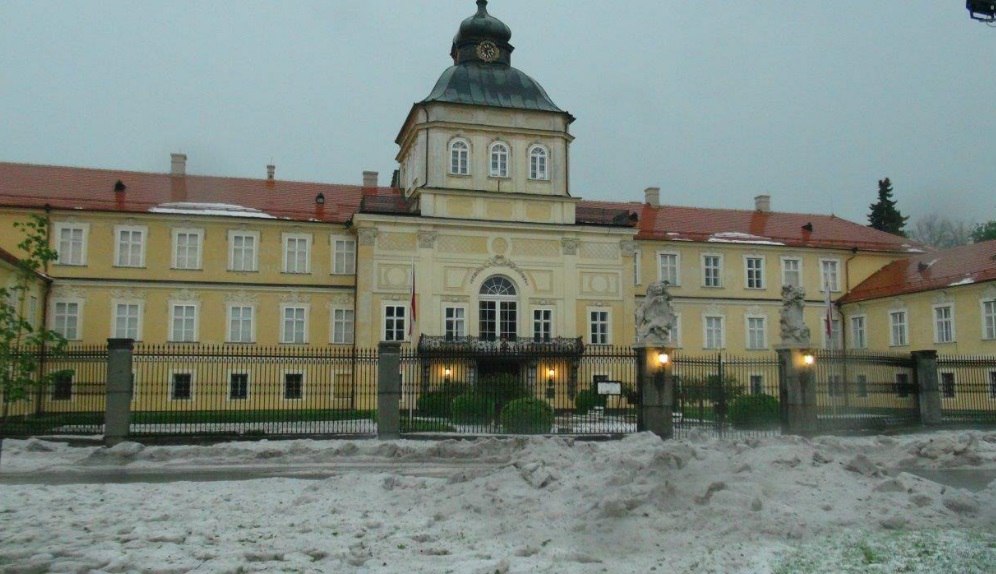 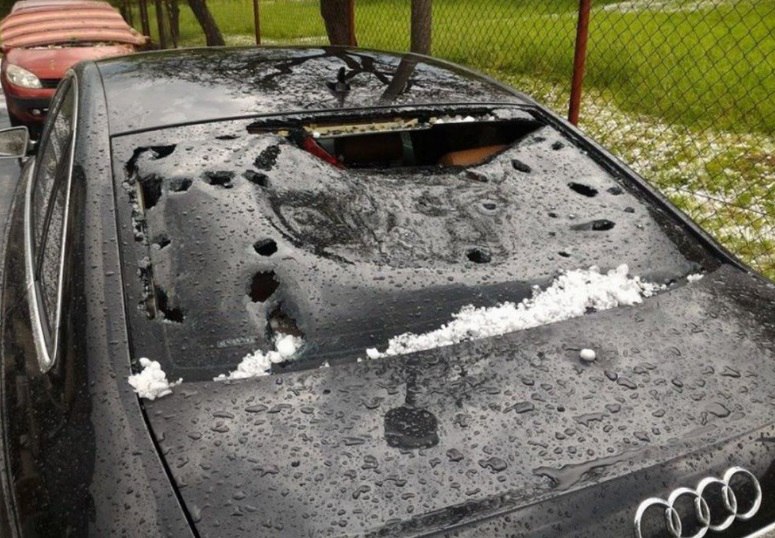 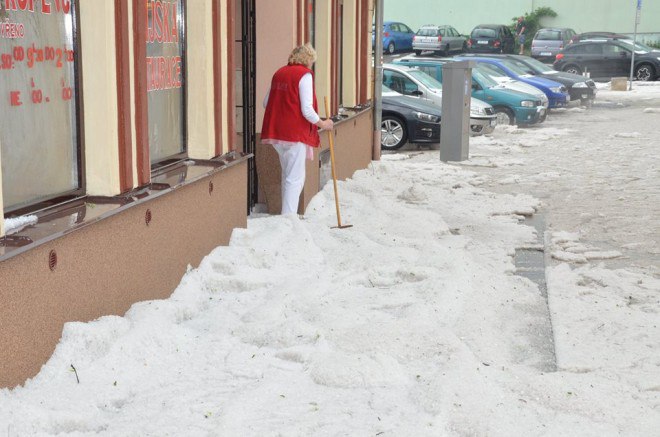 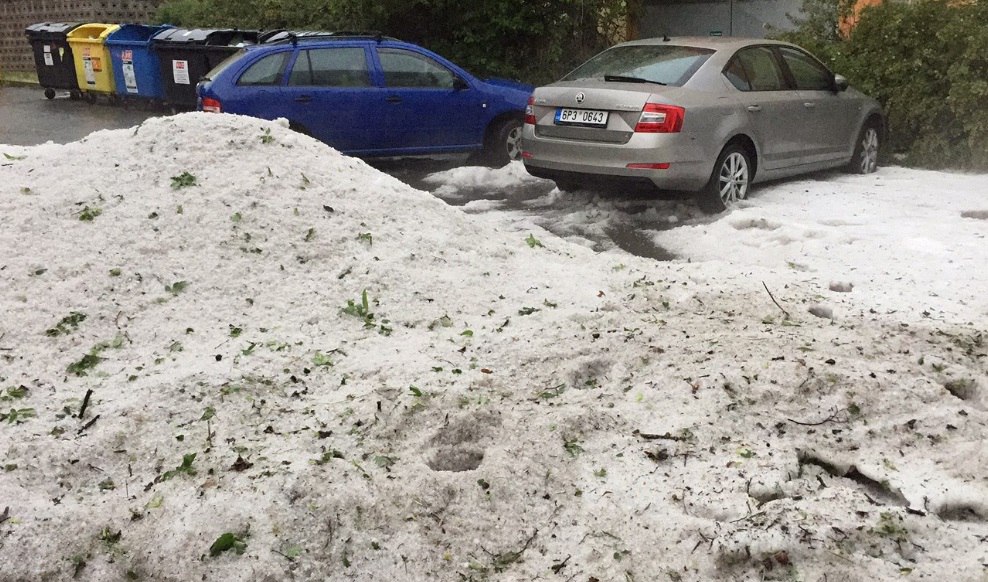 Weather complicated the traffic at the airport Vaclav Havel, where aircrafts could not land. 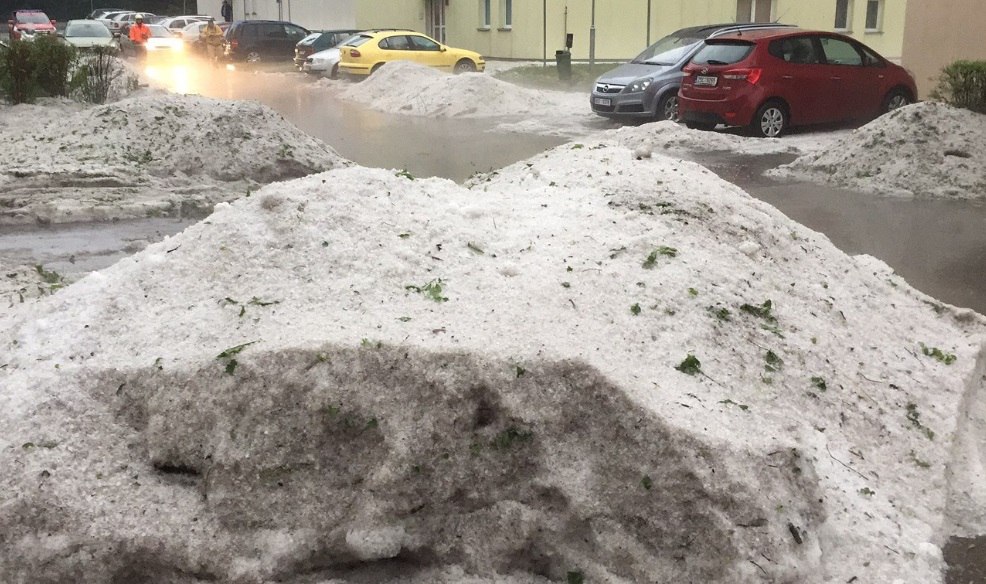 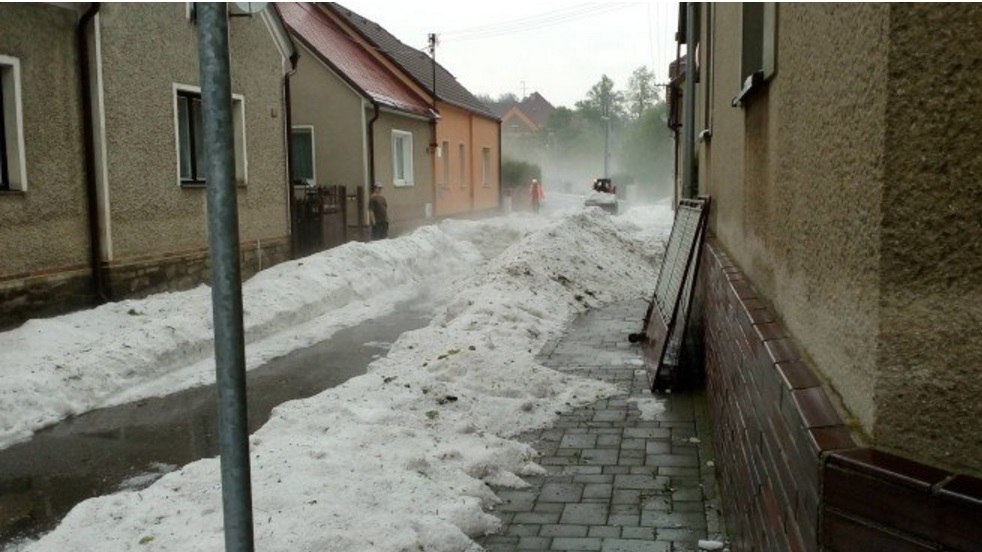 In some places hail formed a continuous layer of several centimeters. In some villages, snow plows were even used to take away the snow… Sorry hail. 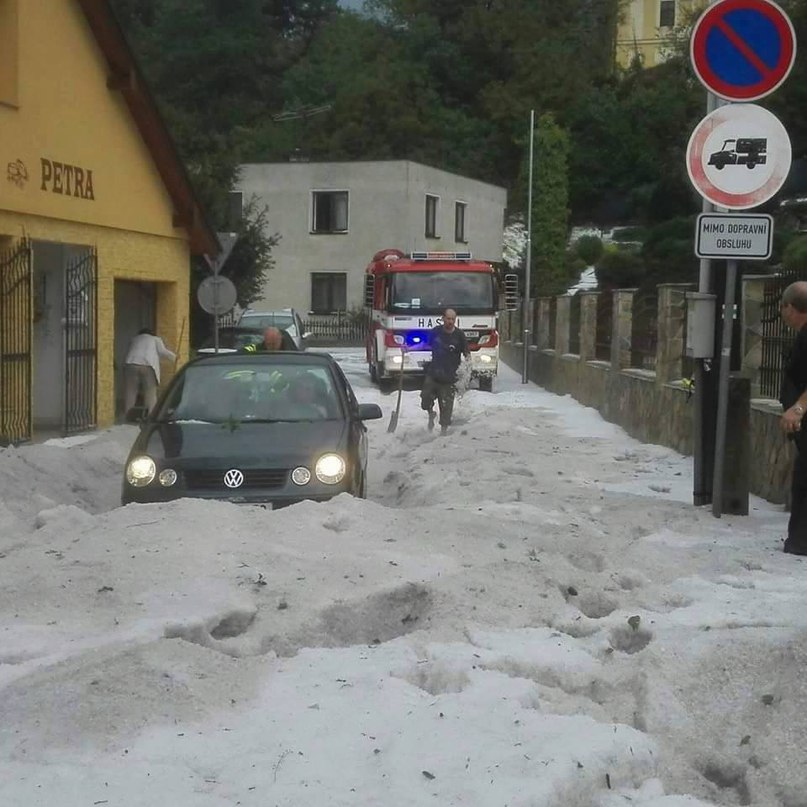 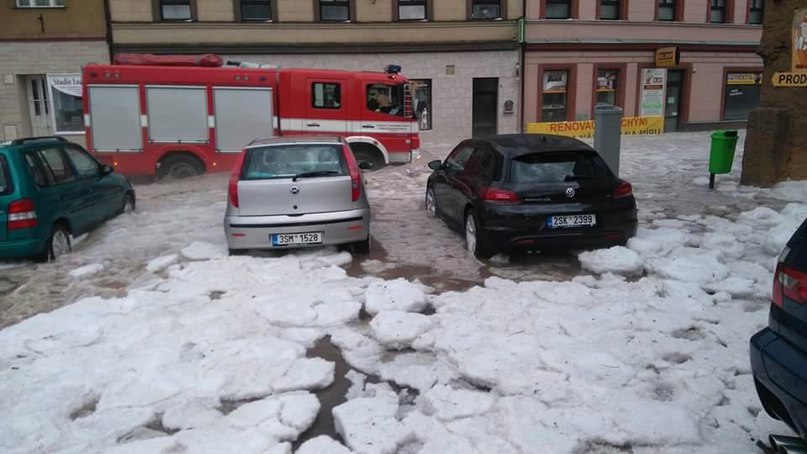 The hailstones aren’t so large – 2 centimeters in diameter – but fell with high intensity covering large areas within few minutes with up to ten centimeters of hail.

The strong storms are now moving towards Germany, were bad weather is forecast for tonight.

Reported damages after this insane hailstomr and extreme weather are flooded basements, uprooted trees crashing on houses and cars.

This is the second crazy hailstorm in Europe within two days. What is going on?