A video has appeared on Youtube that shows a catastrophic landslide in Suzak, Kyrgyzstan.

This is genuinely astounding, without doubt the most amazing of the year so far.

The description of the video says:

Two landslides occurred on April 27, 2016 at the Uch-Chat Pasture located near the village of Almaluu-Bulak in Jalal-Abad region. The first landslide of at least 100 thousand cubic meters came down at about 5.40 pm local time, and destroyed a summer house built on the pasture.

The second much larger landslide – 1 million 600 thousand cubic meters – came down at about 6.00 pm killing a 14-year-old boy who was grazing the livestock in the area. 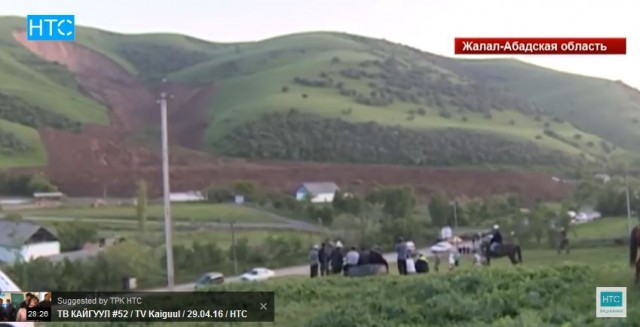 It is unknown if the video shows the first or second landslide but according to its size and the existing landslide deposit I guess it is the second one.

The second video shows residents and helping crews trying to make the best out of the situation.

The landslide appears to be dry as almost no dust has been generated. And the ground really behaves like a fluid. The wave form evident in the video is remarkably reminiscent of a tsunami making landfall. 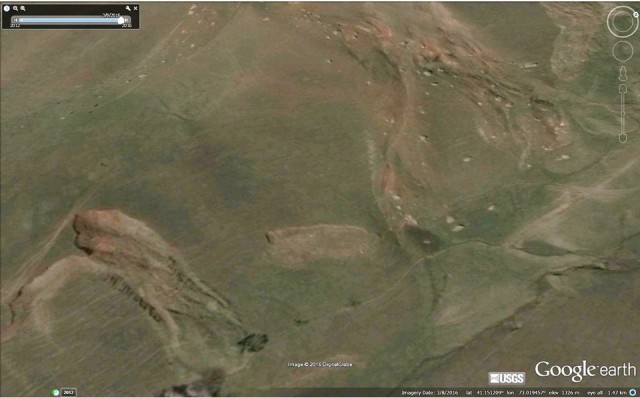 The cause of the landslide is of course undetermined. But I think it is related to heavy rains and water oversaturated soil.

Just like an Earth tsunami devouring everything on its path!