And this is also what happened in Cancun, Mexico on May 4, 2016: The shelf clouds during a short storm were chased by evil clouds at sunset… Eerie!

On May 4, 2016, a short but violent storm swept across Cancun, Mexico in the afternoon. 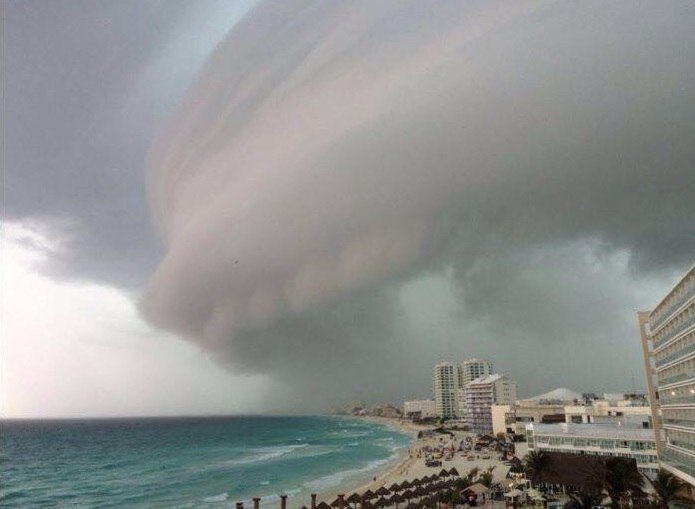 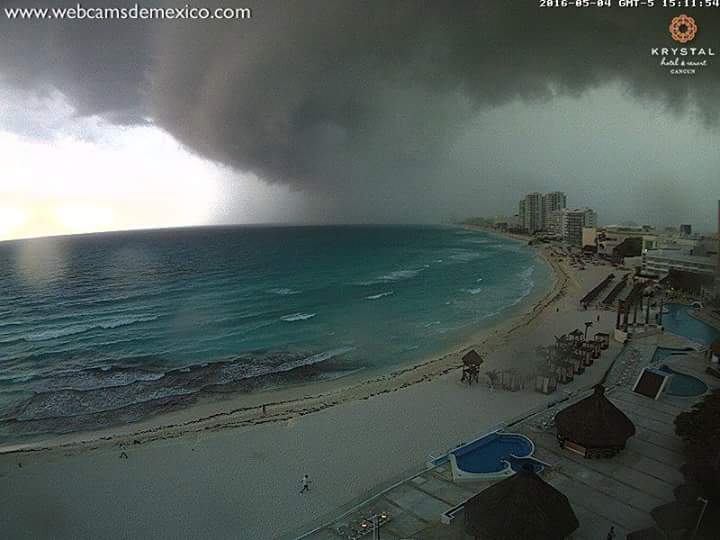 Lightnings during this intense downpour even destroyed several transformers as shown in the following video:

But then, after the storm, the sun came back and mysterious clouds formed:

Here from another angle:

Now look at it closely, it really looks like a totem containing weird and evil faces:

And here a zoom:

And here another face again:

Meanwhile, this mysterious evil cloud has disappeared but will probably remain in everybody’s head…

The sun beams – crepuscular rays – cast again from over the horizon.

So what the heck? Is that real or not? You have the last word…