These six volcanoes had eruptions in the last 24 hours.

The volcanic unrest continues around the world.

Spectacular explosion at Popocatepetl volcano – May 24, 2016 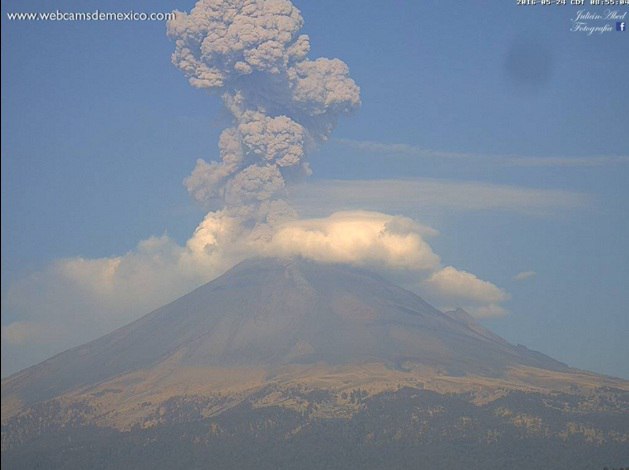 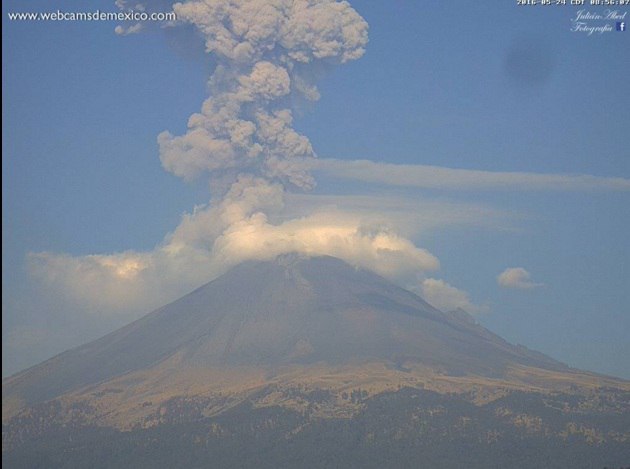 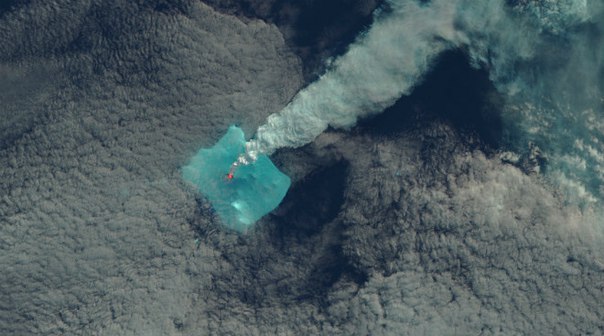 As shown on recent satellite images, a volcano on Bristol island is still erupting sending plumes of ash and gaz high in the sky. This volcanic eruption on a remote island in the South Atlantic without NASA satellites. The volcano erupted twice this year after 60 years of “silence”, producing impressive amounts of lava and steam. 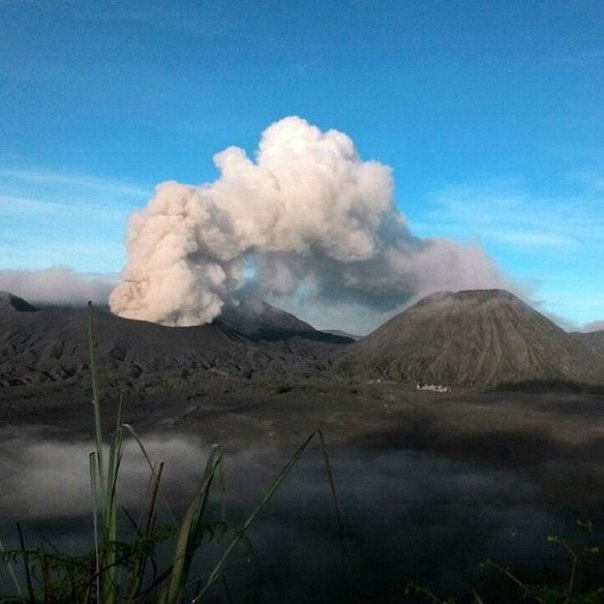 Continuous ash emission at Bromo volcano on the island of Java. A pillar of ash about 3 km above sea level was recorded on 23 May and ash plumes stretched for 50 km to the northeast of the giant. Locals have been warned about a possible evacuation if the coloss eruption intensifies. 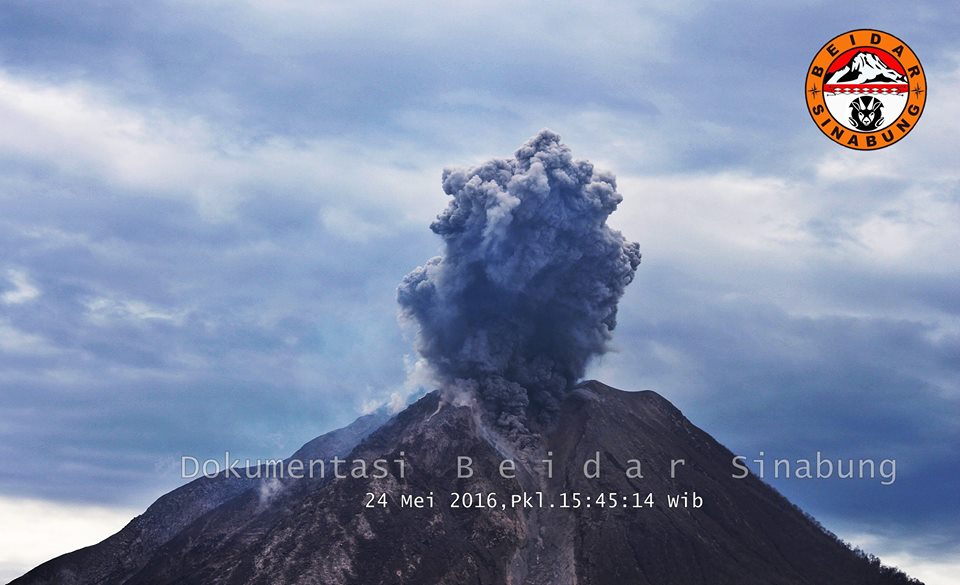 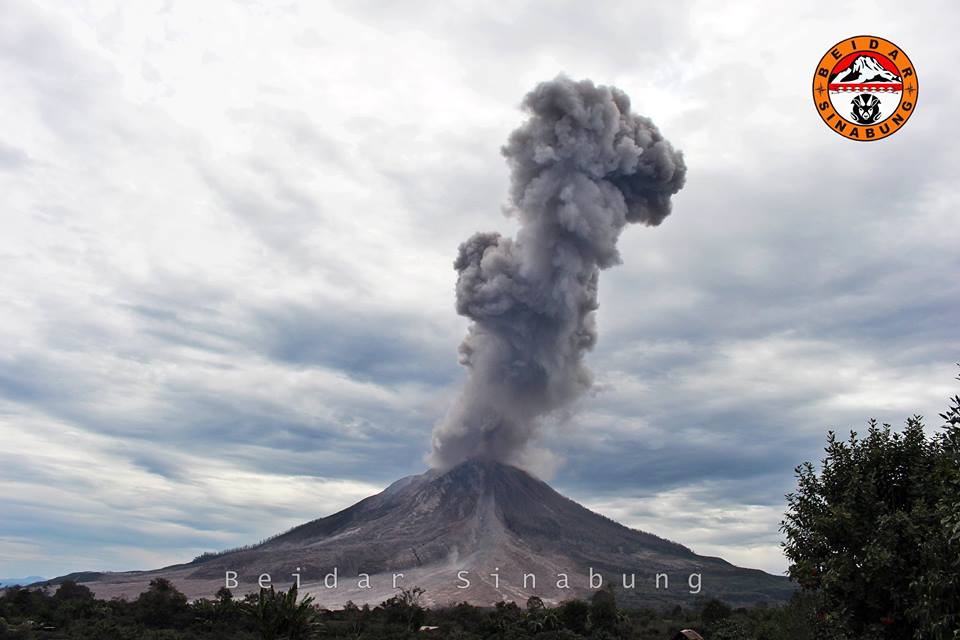 The eruption began with a strong explosion, which occurred at 9:45 pm local time and lasted 20 minutes. A pillar of ash and gas rose to a height of 2000 meters above the crater. 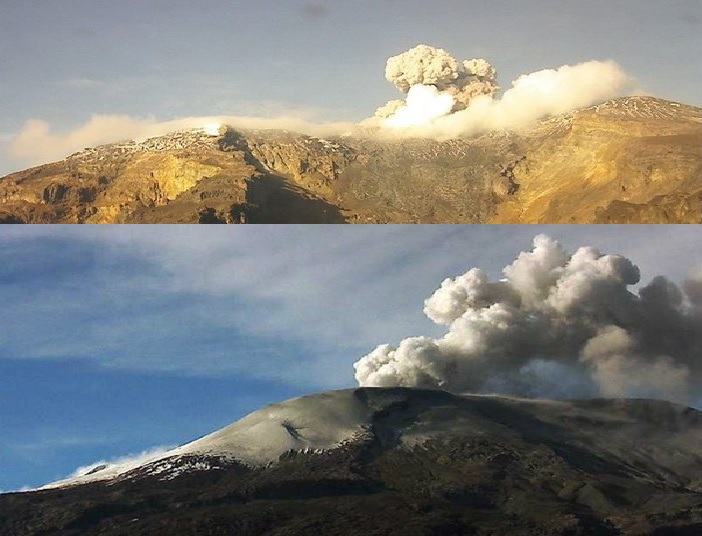 The eruption of Mt. Nevado del Ruiz on May 23, 2016 led to the closure of the regional airport in West Columbia La Nubia. The ash column rose more than 2.3 kilometers above the volcano peak. Authorities decided to close the airport of Manizales, capital of Caldas State, for safety reasons.

A bit of history:

On November 13, 1985, the Nevado del Ruiz volcano erupted in Colombia. Pyroclastic flows exploding from the crater melted the mountain’s icecap, forming lahars (volcanic mudflows and debris flows) which cascaded into river valleys below. One lahar, consisting of three pulses, did most of the damage. Traveling at 20 ft per second, the first pulse enveloped most of the town of Armero, killing up to 20,000 people. In total 23,000 people were killed and 13 villages in addition to Armero were destroyed.

The volcanic unrest continues and nobody knows when it is going to stop!