Sometimes, sinkholes are hungry and decide to swallow up everyting on the surface.

On June 10, 2016, three massive craters had a bulldozer in South Africa, a truck in Austin, USA and a man in Missouri, USA.

A bulldozer fell into a hole in Blue Horizon Bay, South Africa

A massive 5m by 10m hole opened up in Port Elizabeth, South Africa on June 10, 2016. A bulldozer sent to fill it up was fell in the giant gap.

This giant crater was created by a broken pipe on a nearby wind farm that triggered a stream of water that destroyed the road in Blue Horizon Bay.

Just after the road collapse, the electricity went off in parts of Blue Horizon Bay.

Front of garbage truck swallowed by sinkhole in Austin, Texas

A sinkhole caused by a 12-inch water main break swallowed the front end of a city recycling truck in Austin on Friday.

The truck’s driver was fine and he even found another truck and finished his route. 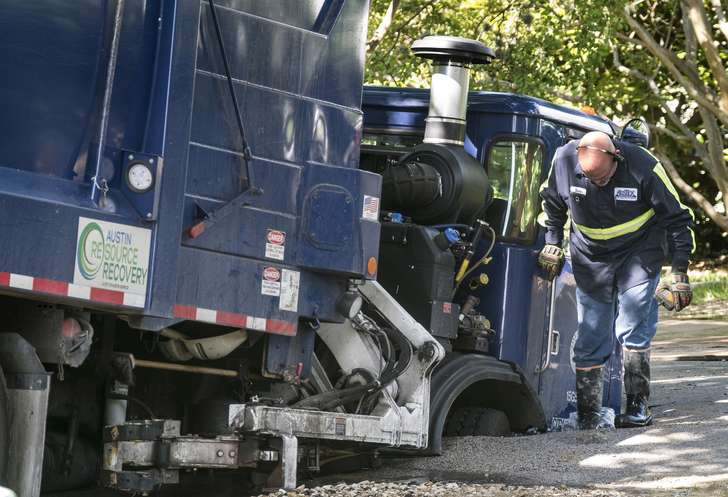 An Excelsior Springs man is looking for answers after ending up in a chest-deep sinkhole Sunday while working in his yard.

And could this sinkhole grow and finally swallow up his house? A nightmare!

Man wants answers after ending up in sinkhole on his property

Finally a giant gap in the ground swallowed up a car and blocked streets in Ottawa, Canada.