A swarm of three strong to moderately strong earthquakes struck off the coast of Jalisco on June 6, 2016.

The M6.2 earthquake is probably the result of a series of more than 100 earthquakes along the coast of Mexico along the last 3 days. 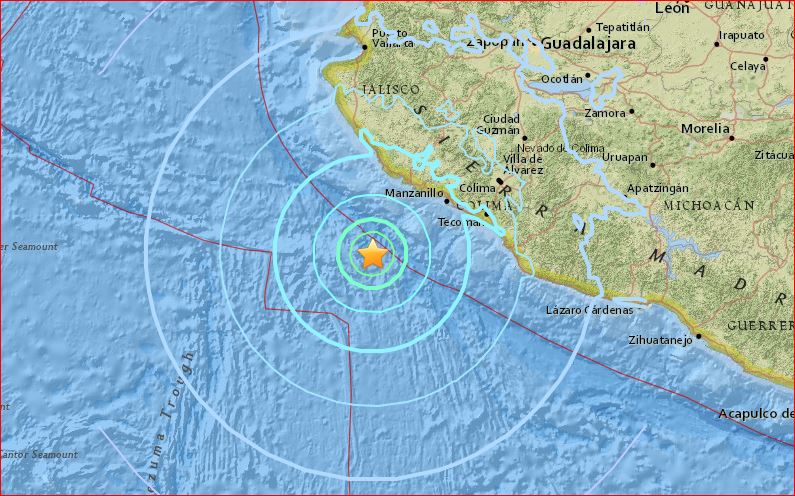 Today, within 15 minutes, a major M6.2 earthquake and two strong to moderately strong tremors (M5.5 and M4.6) hit off the coast of Jalisco, Mexico.

According to available information, the epicenter of the major quake was located 91 kilometers southwest of San Patricio, at a depth of 33 kilometers.

Within the last three days, the seismic activity along off coastal Mexico is elevated with more than 100 earthquakes along the Middle America Trench. 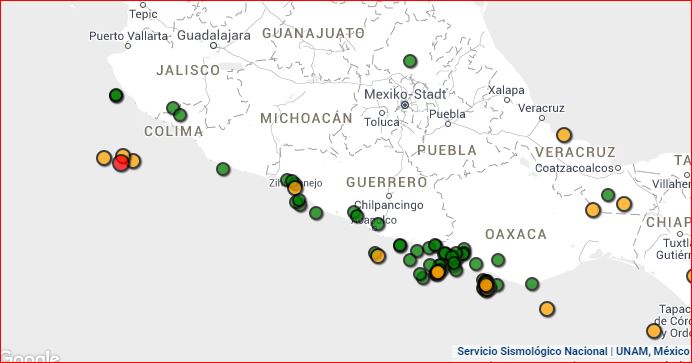 So far, neither casualties, nor damage have been reported. No tsunami warning issued yet.

Although Mexico Mexico is one of the world’s most seismically active regions, this increased seismic activity is kind of preoccupating. Will it propagate to the North along the coast of the US?

Get prepared if you aren’t already for the Cascadia big quake. It may happen faster than we think!