The World Meteorological Organization has confirmed a new record-longest lightning bolt, which struck over Oklahoma in 2007. The lightning bolt measured 199.5 miles long as it streaked across the sky. The WMO also announced another record – a lightning bolt that lasted 7.74 seconds over southern France in 2012.

The World Meteorological Organization has named a new king of lightning bolts, nine years after it streaked across the sky over Oklahoma.

According to a new report published Tuesday in the Bulletin of the American Meteorological Society, the lightning bolt spanned 199.5 miles horizontally when it struck June 20, 2007. On Tuesday, the WMO officially recognized it as the longest single flash of lightning ever recorded. 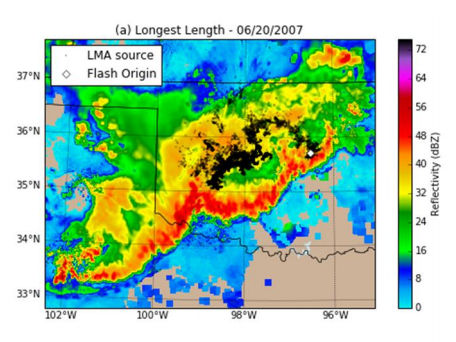 From its border with Missouri to the western end of the panhandle, Oklahoma measures about 500 miles across, so this bolt stretched across a considerable portion of the state.

In the report, the WMO also said there is a new record for longest duration of a single lightning flash. On Aug. 30, 2012, a lightning bolt streaked across the sky above parts of southern France and lasted for an astounding 7.74 seconds. For comparison, the average lightning flash lasts about 0.2 seconds. 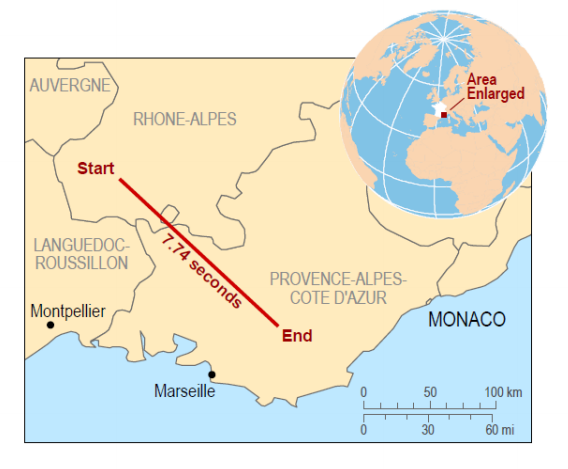 This information reinforces critical safety information regarding lightning, specifically that lightning flashes can travel huge distances from their parent thunderstorms.