Chemtrails were first spotted in our skies. Now governments launch new toxic aquatrails in the oceans.

Odd emissions had indeed been spotted floating behind large vessels, which did not dissipate normally according to Kelvin wake patterns. Oceanographers at the Wyoming Institute of Technology have dubbed these dispersals “Aquatrails”. 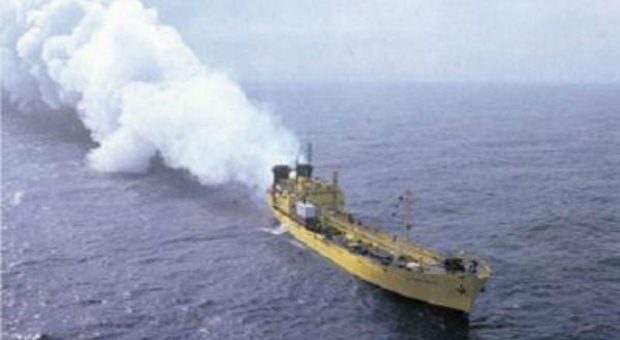 Despite the fact that our oceans cover over 70% of our planet, nuclear meltdowns and toxic oil spillages like Fukushima would seem to occur more often than can be explained away by malpractice. A pattern has been emerging regarding the locations of these ‘accidents’.

An award-winning online community named THE WELL reported in the 1990’s that odd emissions had been spotted floating behind large vessels, which did not dissipate normally according to Kelvin wake patterns.

Oceanographers at the Wyoming Institute of Technology have coined these dispersals “Aquatrails”. Other Scientists were quick to dismiss the reports citing the usual ‘conspiratorial’ cry similar to chemtrails. 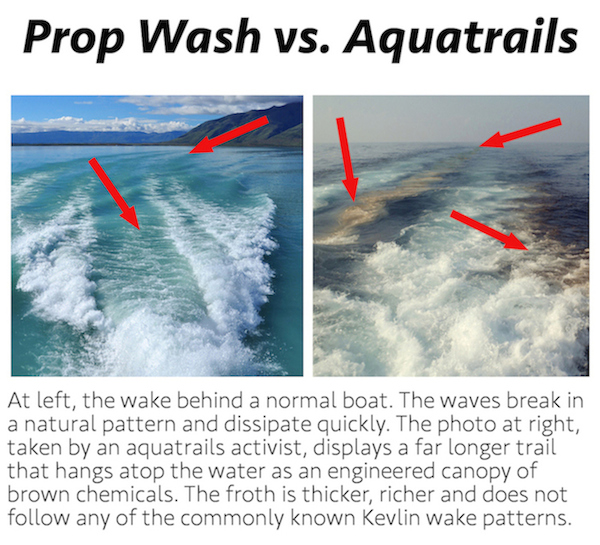 Were Aquatrails overlooked until the 90’s?

Health officials recently recorded the incidence of a complex compound known as monomethyl mercury in our seas. Mysteriously, something is converting element mercury into a more dangerous methylated form.

This bioaccumulative toxicant was measured in different types of fish like mackerel, bass, and cod. This toxic substance decreases attention span and lowers the IQ’s especially of young people, which results in an inability to grasp the enormity of the issues facing them in the future.

This is clearly an issue that demands further study. It is criminal for our governments to deny this crisis and it is unethical for the media to partake in the global cover-up. As citizens, we need to pressure Congress and our local officials to investigate. In order to succeed, we need to make aquatails as important as chemtrails in the mainstream consciousness.

Candidates running for higher office, including the 2016 presidential election, must be called out on this controversy and they must state on record whether they support America’s Constitutional prerogatives or if they are beholden to the New World Order’s Agenda 21.

Chemtrails have led the way, now it’s time for the aquatrails experts to speak out.