The ‘Jacuzzi of Despair,’ is a lake so salty it kills almost everything inside.

The underwater lake, discovered 3,300 feet below the surface of the Gulf of Mexico, is a pit of super-salty water and dissolved methane that kills any critter unlucky enough to fall inside.

The “Jacuzzi of Despair” is a crater-like pool discovered 3,300 feet below the surface of the Gulf of Mexico. It rises about 12 feet above the ocean floor. It is lined with mussels that help keep the outer walls of the lake intact.

The pit of is full of super-salty water and dissolved methane that kills any critter unlucky enough to fall inside. 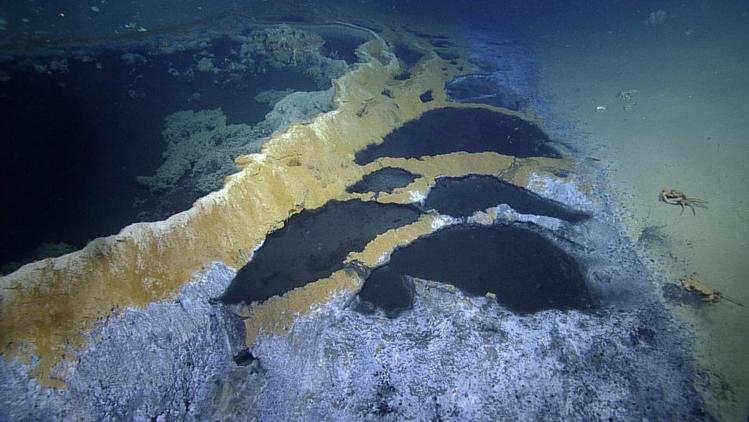 The underwater lake formed over millions of years as a much shallower Gulf of Mexico evaporated and left behind massive beds of salt. When these now-submerged salt layers shift and crack, they allow oil and gas trapped in the shale to escape while seawater mixes with the sediment below. 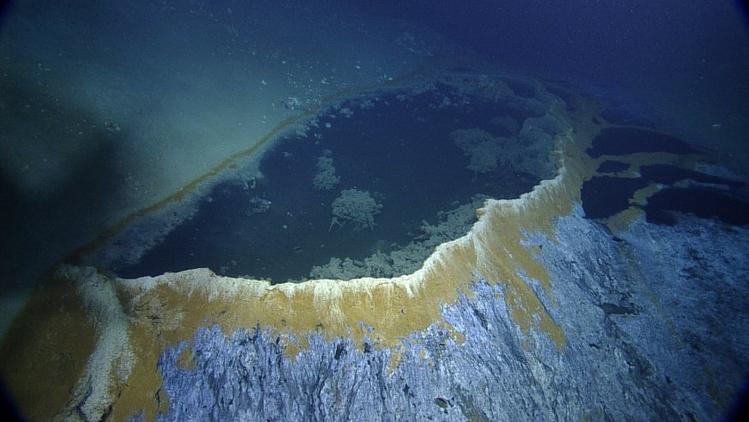 The result is a super-salty brine so dense it doesn’t easily mix with the seawater around it. The brine then pools into underwater lakes, rivers and “spectacular” waterfalls. From the lake’s surface to a depth of about 10 feet, the brine is a relatively toasty 46 degrees Fahrenheit (7.8 degrees Celsuis). At around 62 feet into into the Jacuzzi of Despair, the temperature is 66 F (19 C). The probe has never reached the bottom of the crater… Is it bottomless?

In the second video, scientists navigate Hercules, a remotely operated vehicle, above the circular pool. They point out the “pickled crabs” that succumbed to the “Jacuzzi of Despair.” 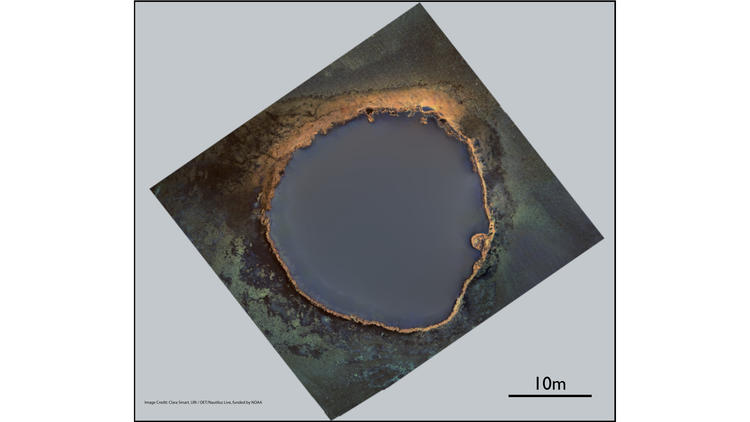 The “Jacuzzi of Despair” offers scientists a glimpse into the odd world of underwater biology and geology. Hercules’ observations from the brine pool were described in a recent report in the journal Oceanography. 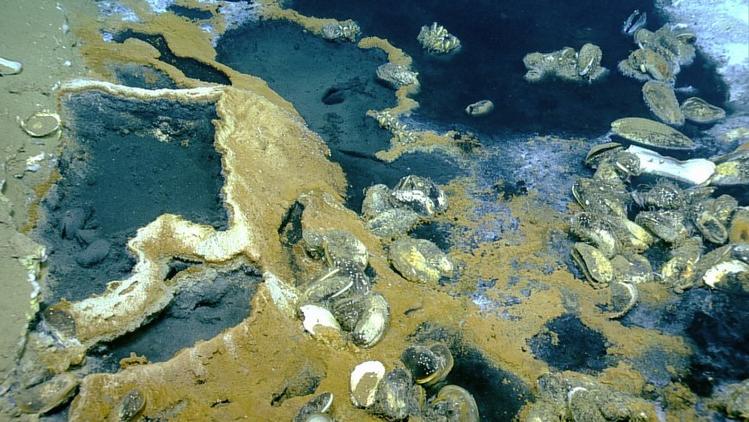 The mussels survive in the deep ocean thanks to a symbiotic relationship with bacteria that live on their gills. These bacteria use dissolved gases — such as methane and hydrogen sulfide seeping from the ocean floor — to make energy for the shellfish. Fields of tube worms survive alongside similar bacteria. 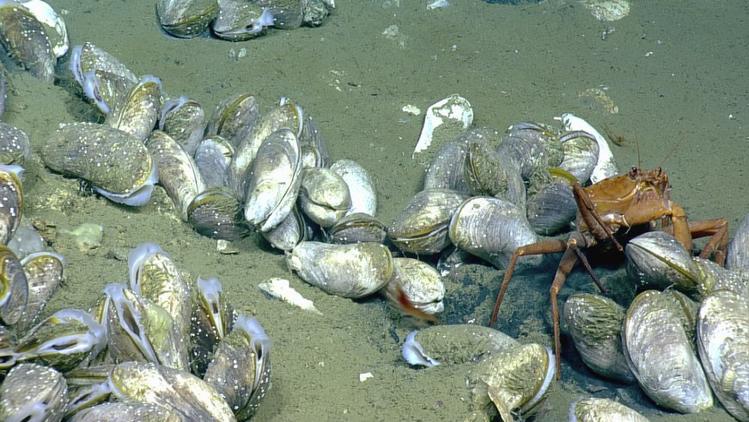 While mussels thrive along the pool’s edge, the brine itself is toxic to most sea creatures. The fluid is four times saltier than regular ocean water.

The underwater brine has been discovered last year by the research vessel E/V Nautilus. Explorers have dubbed this brine pool a “Jacuzzi of Despair…” Because nothing comes back alive.