The powerful typhoon Nock-Ten engulfed the eastern Philippines with gusts of wind up to 255km/h (158mph) on December 25, 2016.

Nock-Ten hit the coast near Catanduanes island at 18:30 local time (10:30GMT). Some 220,000 people have been moved from areas at risk in the Bicol region amid fears of widespread flooding and possible landslides. There are no reports yet of damage or casualties.

Dozens of ports have closed, with warnings of two-metre (6.6ft) waves.

The landfall of Nock-Ten – the strongest typhoon to hit the Philippines this year – was reported on the Facebook account of Pagasa-Dost, the Philippine Atmospheric, Geophysical and Astronomical Services Administration. 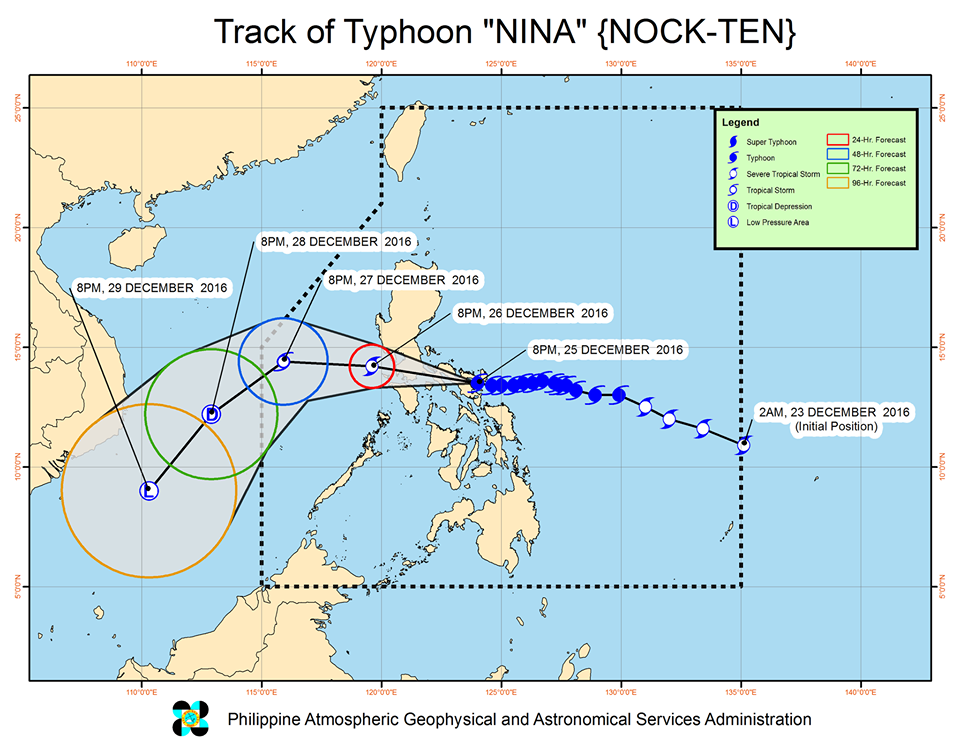 It issued a local thunderstorm warning and has forecast the typhoon will travel west at 15km/h, with sustained winds are currently about 185km/h.

It will pass across the southern area of the main island of Luzon, possibly weakening as it travels close to the capital, Manila, before heading into the South China Sea.

In Manila, officials ordered big roadside advertising boards to be taken down, fearing that strong winds could uproot them and injure people. 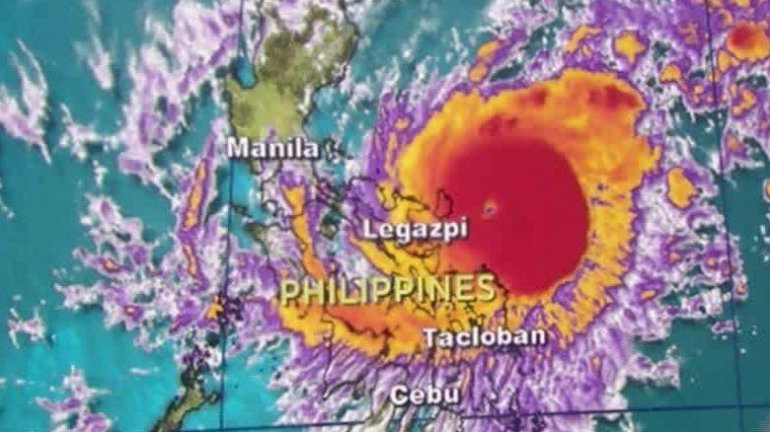 More than 220,000 people have been evacuated. There have been fears Filipinos would ignore evacuation warnings to stay at home with family at Christmas, the biggest holiday in the largely Catholic nation.

The strength of the typhoon is equivalent to a Category Three hurricane in the Atlantic or a Category Two storm based on the information from the Philippines’ weather office.