The Sabancaya volcano continues exploding… Proudly! The Geophysical Institute of Peru reported 349 explosions during the past week (28 November – 4 December 2016) and 288 times the week before. 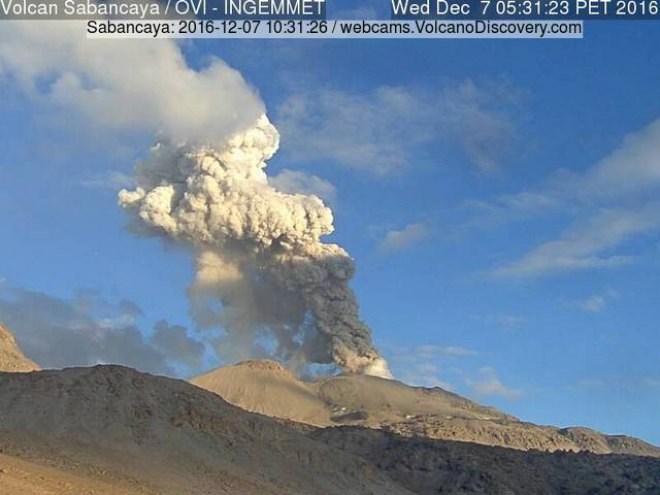 In other words, the extremely active volcano ejects dense ash columns that rise to about 4 km above the summit of the volcano every half hour. AMAZING! 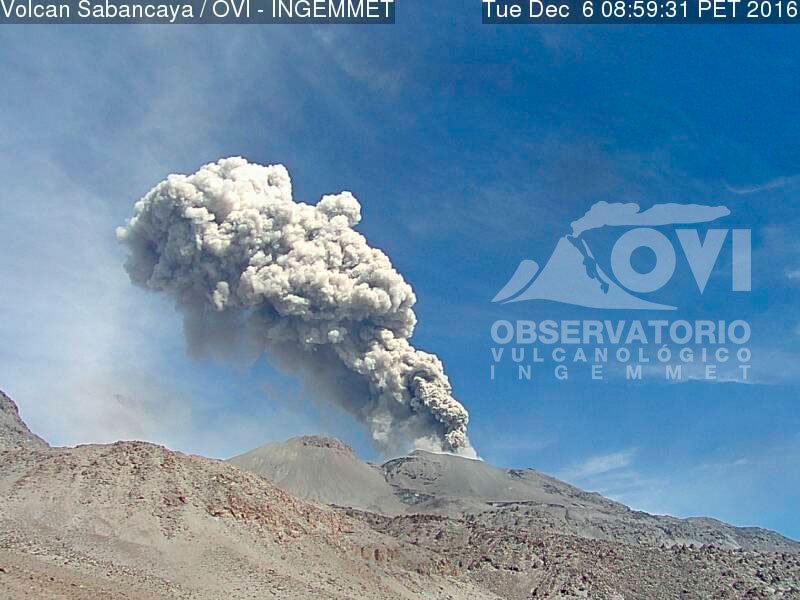 The ash plume is continuously drifting at least 40 km along the mountains. 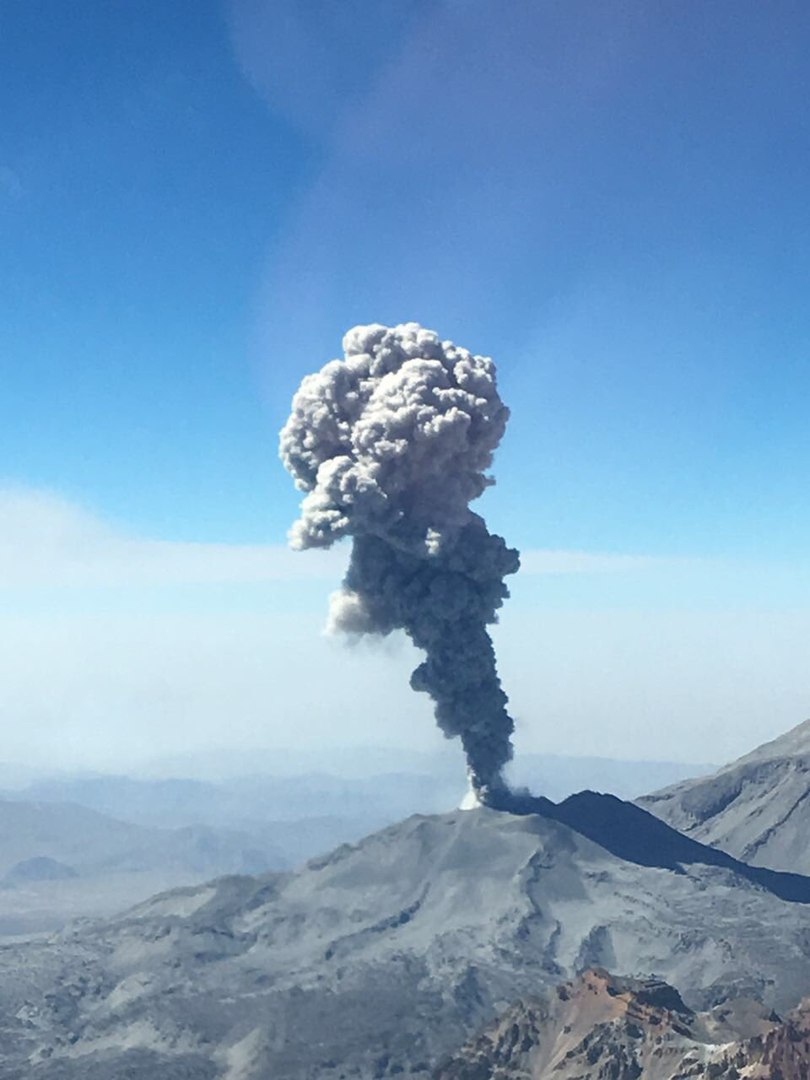 The Sabancaya whose crater is situated at an altitude of 5,976 meters above sea level. 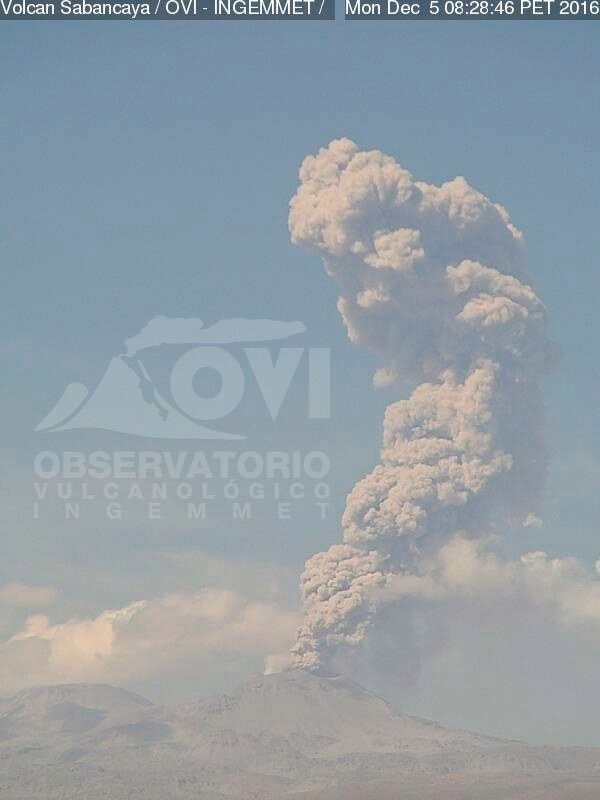 The volcanic peak entered a new eruptive process after 18 years of inactivity on November 6, 2016. And, it seems, the volcano has no plans to settle down yet.

Ash fall was reported in Ciudad Guzman and Zapotiltic. 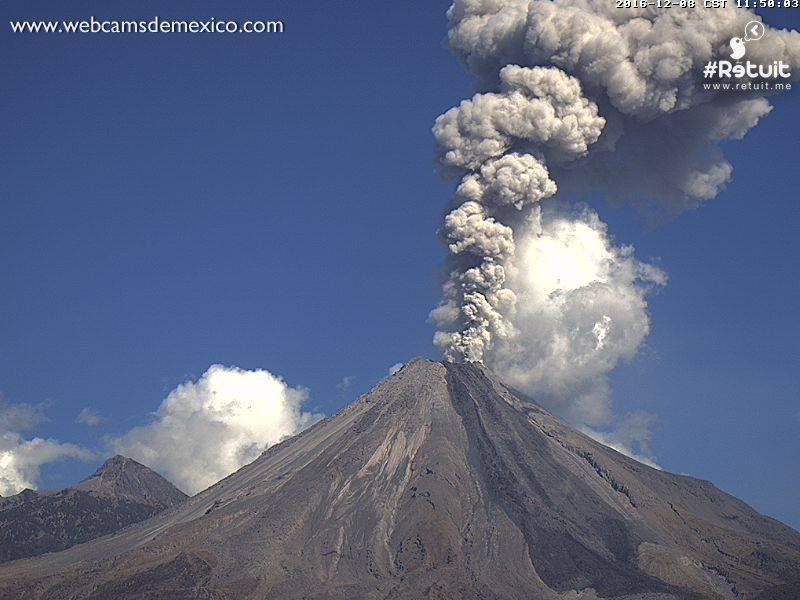 Residents were asked to take preventive measures like putting on masks over the nose and covering all deposits of water for domestic and livestock use. 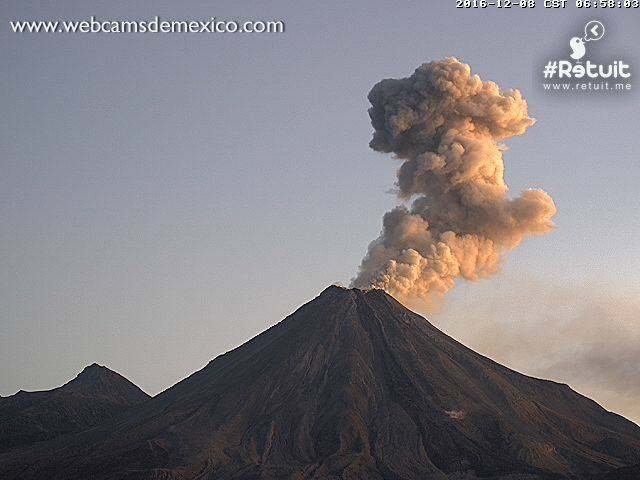 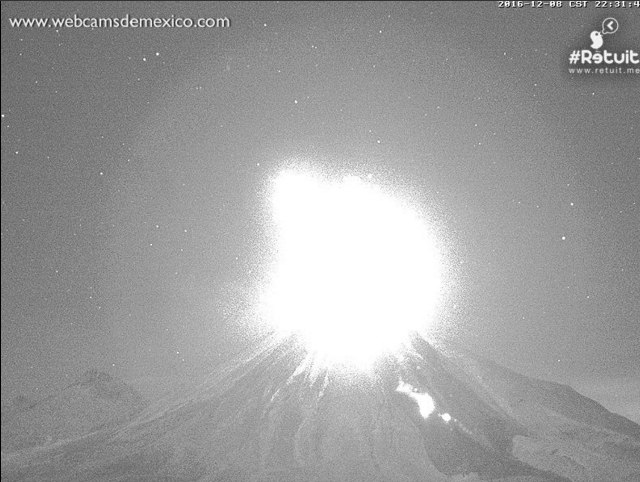 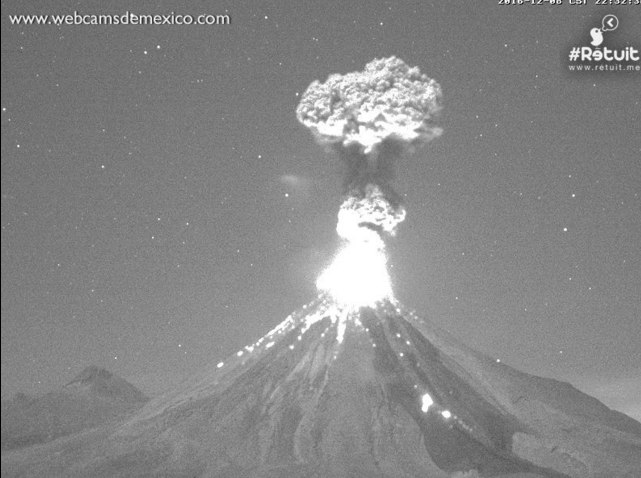 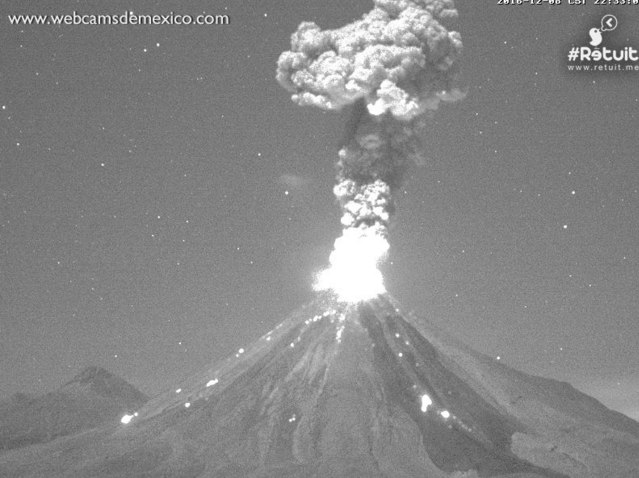 This is the sign that the volcanic activity of the volcano is increasing again.

Out of this world Tonga eruption reached mesophere; 1.5 times the height of Pinatubo; Tonga’s sunsets continue