Meanwhile, during this week-end, volcanic eruptons were reported around the world.

In addition to its traditional “exhalations”, the Popocatépetl volcano in Mexico exploded strongly on March 11, 2017 at 18:43.

The plume of ash rose higher than 2,000 meters above the summit crater.

The strong volcanic activity of the Sinabung volcano in Indonesia continues as usual, alternating growth of the summit dome and explosive plumes. 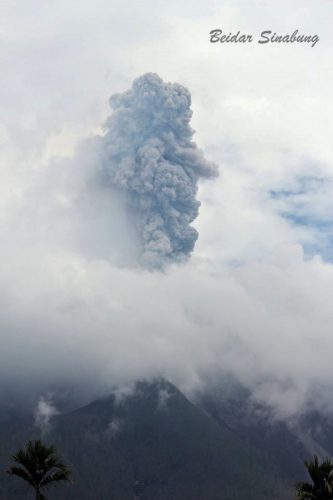 And it seems it will continue like that till the next big eruption.

The Fuego volcano is entering another period of volcanic activity with white degassing intersected in the night of March 10 and 11 by at least 8 explosions. Ashfall reported on the southwest of the volcano and in the barrancas Santa Teresa, Trinidad and Las Lajas.

The Pacaya is characterized by the expulsion of lava, a gray-colored plume, and mild and sporadic explosions.

A photo of the Sentinel 2 satellite taken on 10 March shows that the volcanic activity is still ongoing in the caldera and on the flanks of the Erta Ale. 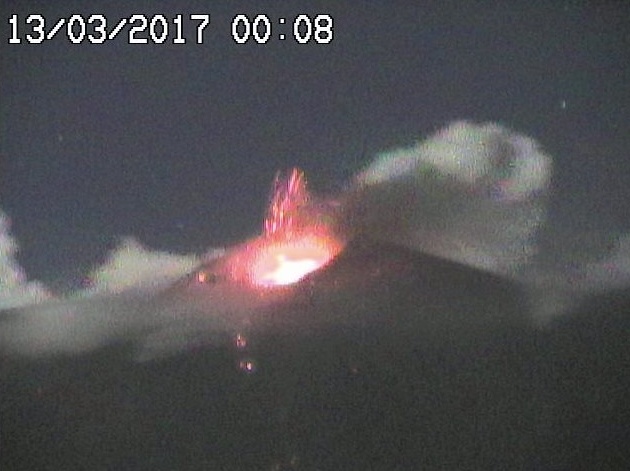 Yesterday, the continuous and persistent activity that started beginning of this month at Etna volcano has increased dramatically…

with new strombolian explosions reported at the southeast crater, while incandescence persists at the Voragine. 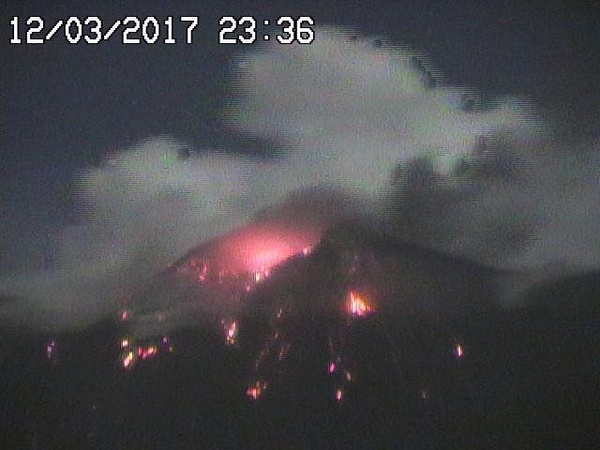 There is currently an ongoing seismic swarm going on at Bogoslof volcano. This series of tremors follow those recorded on March 10 and 11.

Therefore, the volcano remains unpredictable. Its last eruption on 8 March produced changes both in size and form of the island. The most active vent is always located underwater in the center of the island, and has greatly grown since the last eruption. A new vent is seen on the north shore, while the west coast line has grown.