Another winter storm that brought snow, rain, and wind to parts of New England caused flooding along the South Shore of Massachusetts on Tuesday morning. Part of the January storm surge is being blamed on Wednesday night’s full moon. Most residents, however, have seen it before and for them, it’s a way of life. Look at these pictures from Scituate, they are very impressive:

In Scituate, high tide around the harbor stranded vehicles on nearby roadways and filled downtown parking lots. According to residents, it’s a pretty regular thing to have your car floating in the ocean out here, in Scituate Harbor. 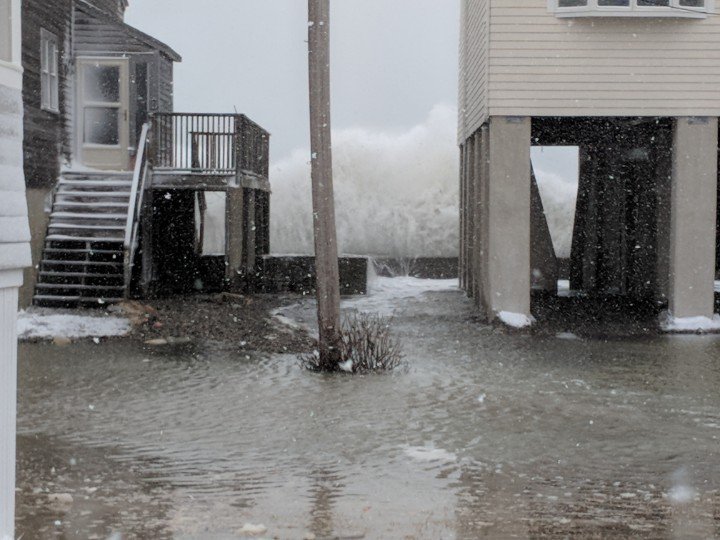 Being about a third of the way through winter, some residents say so far, they are unimpressed. “Par for the course. We haven’t really had it that bad I think,” said resident Susan Happel. “We haven’t lost our electricity, usually lose our electricity by now.“

Coastal flooding concerns in many towns, including here in Scituate. This is Mill Wharf. @boston25 pic.twitter.com/Oa0JLNV2WU

Well guys, wait until tomorrow for the Super Blue Blood Moon, you may want to have candles around!