Arizona, Nevada and Mexico will be required to take less water from the Colorado River for the first time next year.

This decision has been taken to keep enough water in Lake Mead to reduce the risk of a crash.

It’s not because there’s a good snowpack that the drought is over! Projections are showing showing that as of Jan. 1, the level of Lake Mead will sit just below a threshold that triggers some cuts.  And this is also why the federal Bureau of Reclamation activated the first-ever mandatory reductions in water deliveries last Thursday.

As reported by USA Today:

Arizona and Nevada agreed to leave a portion of their water allotments in the reservoir under a landmark deal with California called the Lower Basin Drought Contingency Plan, which the states’ representatives signed at Hoover Dam in May.

California agreed to contribute water at a lower trigger point if the reservoir continues to fall. And Mexico agreed under a separate accord to start contributing to help prop up Lake Mead, which is now 39 percent full.

The Colorado River’s reservoirs have dropped dramatically since 2000 during one of the most extreme droughts in centuries. Farms and cities across the Southwest have long been taking more from the river than what flows into it.

Reservoirs were approaching levels last year that would have triggered a shortage and required deeper cuts, but heavy snow across much of the Rocky Mountains this winter boosted runoff and raised reservoir levels. The river’s reservoirs are now at 55% of total capacity, up from 49% at the same time last year.

But Lake Mead is still projected to be just below the threshold of 1,090 feet above sea level at the beginning of next year. That will put the reservoir in a zone called “Tier Zero,” at which the first cuts take effect.

“While we appreciate this year’s above-average snowpack, one good year doesn’t mean the drought is over. We must remain vigilant,” federal Reclamation Commissioner Brenda Burman said in a statement. She applauded the seven states that depend on the river for coming together to finish the set of drought-contingency plans. Burman said the actions laid out under those agreements “will help ensure the reliability of the Colorado River system for the 40 million people dependent upon it.”

Mexico’s will take 41,000 acre-feet less. That water will remain in Lake Mead, and will only be recovered once the reservoir rises above an elevation of 1,100 feet.

The cuts under the Drought Contingency Plan, or DCP, represent 12% of the total water supply for the Central Arizona Project, which delivers water by canal to Phoenix, Tucson and other areas. Chuck Cullom, manager of Colorado River programs for CAP, said this reduction will mean “eliminating the water that would have been available for underground storage, banking and replenishment,” and cutting CAP deliveries to agriculture by about 15%.

That reduction, while significant, is about the same as what CAP has been leaving voluntarily in Lake Mead since 2015 through conservation efforts, Cullom wrote in a blog post. “In essence, CAP and its water users have been planning and preparing for Tier Zero reductions for the past five years. The difference is that those previous contributions were voluntary — now, under DCP, these contributions are mandatory.”

‘Excess water’ will soften the blow

Arizona has already been effectively operating as if it were in Tier Zero for several years, said Sarah Porter, director of Arizona State University’s Kyl Center for Water Policy.

“That used to be ‘excess’ water, which Arizona banked and had other uses for. And now it’s being committed to Lake Mead,” Porter said.

She said the drought-contingency plan helps the situation by laying out a collective response if the reservoir drops again.

“One good year isn’t enough,” Porter said. “No matter what happens, we are as of now in a better position to deal with the future than we were before the DCP was signed.”

The drought-contingency plans — one for the three Lower Basin states and the other for the Upper Basin states of Colorado, Wyoming, Utah and New Mexico — are designed to prop up the levels of Lake Mead and Lake Powell, the nation’s largest reservoirs, between 2020 and 2026.

Negotiations are set to begin next year a new set of guidelines for managing shortages after 2026.

The Colorado River and its tributaries provide water for about 40 million people and more than 5 million acres of farmland from Wyoming to Southern California.

The legal framework that divides the Colorado River among seven states and Mexico was established during much wetter times nearly a century ago, starting with the 1922 Colorado River Compact. That and subsequent agreements have allocated far more water than what flows in the river in an average year, leading to chronic overuse.

For decades, the river has been so heavily used that it seldom reaches the sea. Its delta in Mexico has shriveled, leaving only small wetlands in a dusty stretch of desert.

‘The beginning of a solution’

Planet-warming pollution and rising global temperatures have increasingly affected the river. Scientific research has found that about half the trend of decreasing runoff from 2000-2014 in the Upper Colorado River Basin was the result of unprecedented warming. Higher temperatures have reduced the flow of streams and increased the amount of water that evaporates off the landscape.

The river’s flow from 2000-2019 has decreased by about 17% from the 20th-century average. And climate models point to even drier conditions as the world continues to heat up due to greenhouse gases.

In one study, climate scientists Brad Udall and Jonathan Overpeck used climate models to estimate a business-as-usual scenario of greenhouse gas emissions. They projected that without changes in precipitation, warming will likely cause the Colorado River’s flow to decrease by 35% or more by the end of the century.

These first mandatory cutbacks on the Colorado River represent “the first acknowledgment that we have a problem and we need to solve it,” said Udall, a water and climate scientist at Colorado State University. “It’s the beginning of a solution and it’s also the beginning of the real problem. I mean, as much as we’ve seen this problem in the last 20 years, the climate models really project a grim future with regard to temperatures.”

Udall said the river’s shrinking flow adds to other dramatic symptoms of the changing climate, from this summer’s heatwave in Europe to the melting of ice in Greenland and the wildfires in Siberia.

“We can solve this climate problem. We just need to acknowledge it and get to work solving it,” Udall said. “Despite the fact that we had a great year here, as far as I’m concerned, it’s a little bit of a respite and we should enjoy it and thank Mother Nature, and get back to work on solving the problem.”

Farmers planning for a drier future

Arizona gets nearly 40% of its water from the Colorado River. The state’s plan for divying up the water cutbacks under the Drought Contingency Plan involves deliveries of “mitigation” water to help lessen the blow for some farmers and other entities, as well as compensation payments for those that contribute water.

Arizona’s plan also relies on promoting more pumping of groundwater. Farmers in Pinal County, who face the biggest water cutbacks, are in line to get $9 million that was appropriated by the Legislature for irrigation districts to drill new wells and pay for other infrastructure as they turn to using more groundwater. Lawmakers also agreed to provide a $20 million to help the districts start the work while they pursue federal funding.

Paul Orme, a lawyer who represents four agricultural irrigation districts, said next year’s CAP water cuts to agriculture aren’t likely “to have too much of an impact” in Pinal County, at least not yet.

“We are planning for a drier future,” Orme said in an email. He said growers in Pinal “will need to be as efficient as we possibly can, and will need to maximize and protect our groundwater resources to the greatest extent possible.”

A year ago, water managers had been talking about the possible declaration of a shortage at Lake Mead, which would have brought even bigger water cuts. But the heavy winter snows this year brought a reprieve by unleashing above-average runoff, raising Lake Powell’s level by more than 50 feet over the past five months.

“It’s kind of amazing what a difference a year makes,” said Cynthia Campbell, a water adviser for Phoenix. “But having said that, I have to say, we could go right back to the place where we are looking down the barrel of shortage again.”

Conservation efforts have also made a big difference, said John Fleck, director of the University of New Mexico Water Resources Program. He pointed out that Arizona, Nevada and California have all voluntarily conserved significant amounts of water, helping to boost the levels of Lake Mead. California is forecast to use 10% less than its full allotment this year.

“Even before the mandatory cuts laid out in the DCP, the states were already recognizing the importance of this,” Fleck said. “We haven’t seen the catastrophe that people thought would happen. We’ve seen voluntary measures, communities learning how to use less water, in a way that shows we can do this.”

He said those strides in conservation are a positive sign for the future.

“We’re already learning how to reduce our water use in a way that preserves the economies… and the communities that depend on Colorado River water,” Fleck said. “It will only get harder. But we’re already building the sort of community resilience we need to live with reduced water.”

A new era of limits

While California signed on to the drought agreement, the state’s Imperial Irrigation District balked at participating.

Imperial, which holds the single largest share of Colorado River water, is suing to challenge the deal.

The district’s officials have called for the federal government to commit funding to help address a worsening environmental crisis at the Salton Sea, which is shrinking and exposing dry lakebed that sends dust blowing into surrounding communities.

“The air quality problems in Imperial are significant, and the Salton Sea is a piece of that,” Fleck said. “So, we’ve got to figure out how to protect those communities that are vulnerable as we conserve more water.”

Jennifer Pitt, the Colorado River program director for the National Audubon Society, agreed that it will be critical to find solutions for the Salton Sea that protect people’s health as well as habitat for birds.

She said having the drought agreement in place now gives water managers several years to study scenarios of extremes, and come up with new rules to “create the resilience that we need in the Colorado River basin to respond to whatever conditions are coming our way.”

The agreement and these first water cutbacks represent a proactive effort to have plans ready to avoid a crisis. But is this water crisis evitable? 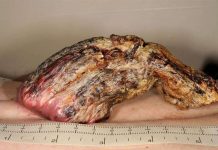 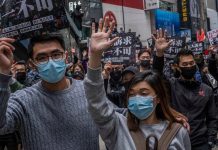 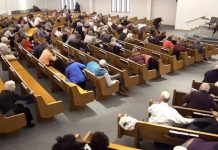 Shooting at a Church in White Settlement: 2 Dead, 1 Critically Injured