Earth can generate radio emissions in a natural way. The most intense of these emissions is a phenomenon called Auroral Kilometric Radiation (AKR). It is produced in the auroral zones at an altitude between 3000 and 20 000 kilometres. The radiation mainly comes from cyclotron radiation from electrons orbiting around the magnetic field lines of the Earth. The radiation has a frequency of between 50 and 500 kHz and a total power of between about 1 million and 10 million watts.

Afterwards, the sounds escape outward into space in a concentrated direction from the magnetic field lines but cannot be detected from the Earth’s surface as the ionosphere actually shields us from this radiation, hence only at a height of about 3 times the radius of the Earth can AKR be detected, as they were by solar, geomagnetic and plasma physics satellites such as NASA’s such as the Fast Auroral Snapshot Explorer (FAST) missions and ESA’s Cluster mission (from which this recording is from).

AKR intensifies during magnetic and auroral substorms so you can use it as a remote indicator of geomagnetic activity. The Wide Band (WBD) instrument on-board Cluster recorded this sound and made the first direct determination of the locations of an AKR (courtesy of Prof. D. Gurnett, University of Iowa).

According to the data of the Cluster mission, it is beamed out in the cosmos in a narrow, concentrated beam plane tangent to the magnetic field at the source. The sound produced by playing AKR over an audio device has been described as “whistles”, “chirps”, and even “screams”.

All planets with a magnetic field produce AKR, with the gas giants such as Jupiter, Saturn, Neptune and Uranus having the strongest given that they have the largest internal magnetic fields. Interestingly, given the energy concentrated in the radio band emitted being on the order of megawatts and higher it might be possible to detect the AKR from planets beyond the solar system, hence opening up new insights into the geomagnetism of exoplanets and perhaps acting as another tool to narrow down the physical conditions on them, such as whether they are solid or gaseous or to simply say with evidence that their may be aurora in the skies of an extra-solar planet which I think is a wondrous thought! 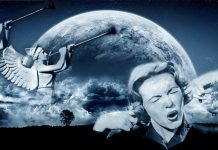 Strange Sounds Continue Baffling People Around the World. Prepare For The Apocalypse! 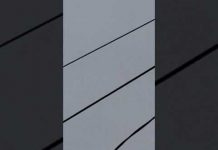 strange sounds from sky..at 1st of the month 2019 chicago