The world needs to do more to prepare for the next huge volcanic eruption, a team of leading scientists says.

They insist we need to do more to prepare for the next huge volcanic eruption, which could hobble global trade, communications and financial systems.

Humanity has not had to deal with a cataclysmic volcanic disaster since at least 1815, when the eruption of Tambora in Indonesia killed tens of thousands of people and led to a ‘year without a summer’ in Europe and North America.

And now, a team of leading geologists say the world is unprepared for the next major eruption and insist we need to do more to prepare for the next huge volcanic eruption, which could hobble global trade, communications and financial systems.

We Live In A Globalized World

Agriculture, health care, financial systems and other aspects of modern life are much more globally interconnected than they were just a few decades ago.

Eight years ago, an eruption that ranked at just VEI 3 — Eyjafjallajökull, in Iceland — grounded European air traffic for days because of the danger of flying through volcanic ash. The event caused an estimated US$5 billion in economic losses.

Researchers should start to prepare for a VEI-7 eruption by studying potential effects of ash on crucial communications links or to improve their understanding of how large amounts of magma accumulate and erupt, thus helping to forecast where the next VEI-7 event might occur.

Candidates For the Next Big Blast

The researchers already have a long list of candidate volcanoes that might be capable of a VEI-7 blast.

They include Taupo in New Zealand, site of the world’s last VEI-8 eruption 26,500 years ago and Iran’s Mount Damavand, which lies just 50 kilometres from Tehran.

Preparing for rare but deadly eruptions is as important as dealing with smaller, more-frequent ones.

Even with the lower probability of these larger events, when they do occur people will look to scientists, emergency managers, governments and other entities and expect them to be prepared.

We owe it to our communities to be researching potentially devastating eruptions, so we can guide people on what to do.

This is another reminder – among hundreds – to prepare and get ready for any large cataclysms that are inevitably going to strike earth and change its shape in future.

The potential consequences of the next VEI-7 eruption is discussed in a new paper published in Geosphere and Nature. 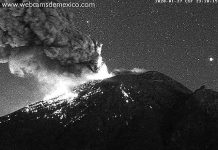 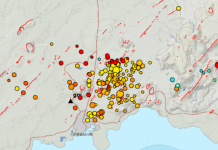 Trinidad Is Cracking Up: 6 New Mud Volcanoes Emerge in a Week