Just 3 weeks after its announcement, the Disinformation Governance Board is being “paused” and intra-departmental DHS working groups focused on disinformation have been suspended.

Can confirm that Nina has resigned. The DHS board is on pause amid internal confusion and uncertainty about its future. https://t.co/PMsRB1dz3a

Jankowicz had previously written a resignation letter on Monday, when the board was set to be dissolved.

Then last night, after DHS officials called and and said the board would simply be on “pause” she reevaluated. She’s now made the decision to leave

UPDATE: Nina Jankowicz has officially resigned from Disinformation Governance Board and the DHS. https://t.co/rLi3FvUNMw https://t.co/z4hdwTBFIB

Statement from Nina Jankowicz and from a DHS spokesperson on her departure:

Statement from a DHS spokesperson about the board itself. “Secretary has requested the Homeland Security Advisory Council’s final recommendations within 75 days. During the HSAC’s review, the Board will not convene and its work will be paused.” 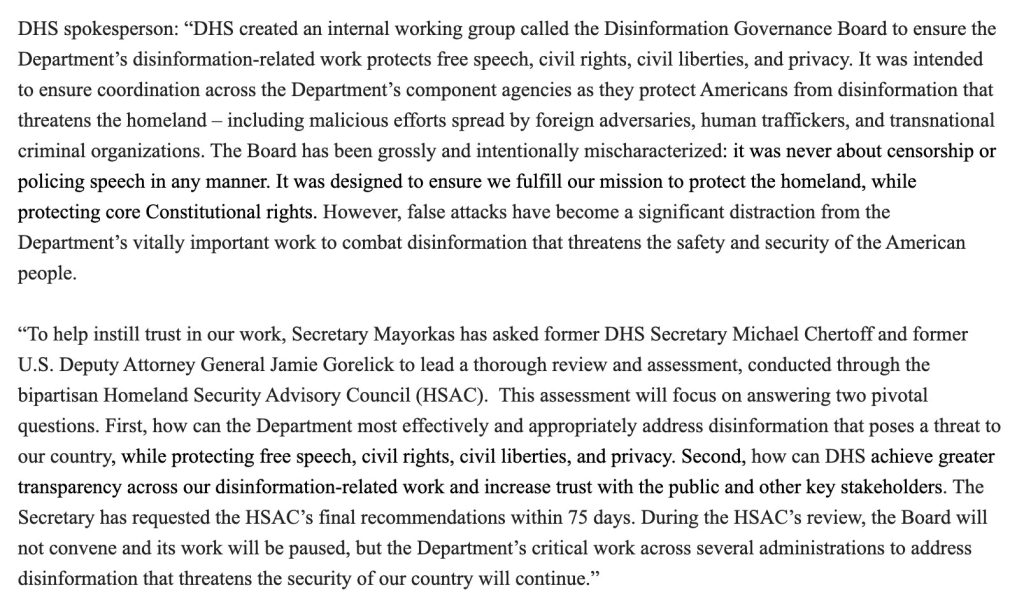 The tides are turning.

. @TomCottonAR on Taylor Lorenz: “I don’t know who that reporter is but she seems as excitable and unhinged as Nina Jankowicz did.” pic.twitter.com/A6jGhlijC4

These insane woke ideas are no longer meeting no resistance. The silent majority is back baby! But what will be their next invention?

For anyone still in denial of Weather Modification… Here you go!

Are they planning on using it? WEF removes article about “Mind Control using sound waves”

Insane! China is 3D printing a massive 590-foot-tall dam … And constructing it without humans