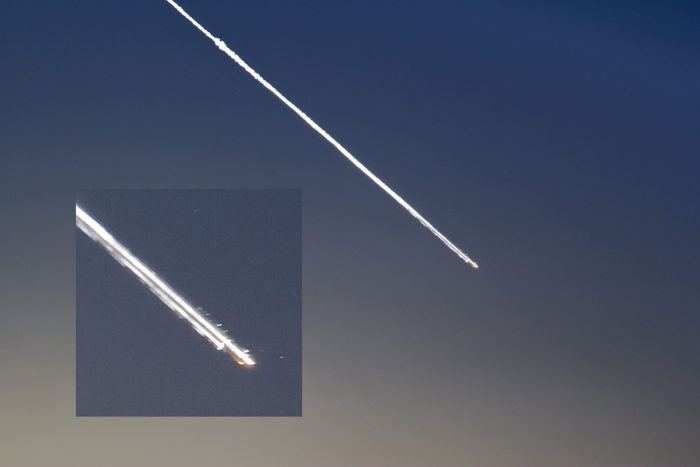 The visit by President Vladimir Putin to the Russian Pacific port of Vladivostok on Sunday was marked by a ‘meteor strike’. Local sky watchers reported observing two fireballs exploding above Russky Island at 7:25 a.m. local time. Some of the witnesses claimed the fireball “looked like a plane.” Scientists estimated the altitude of the explosions at 15 kilometers as reported by Voice of Russia. 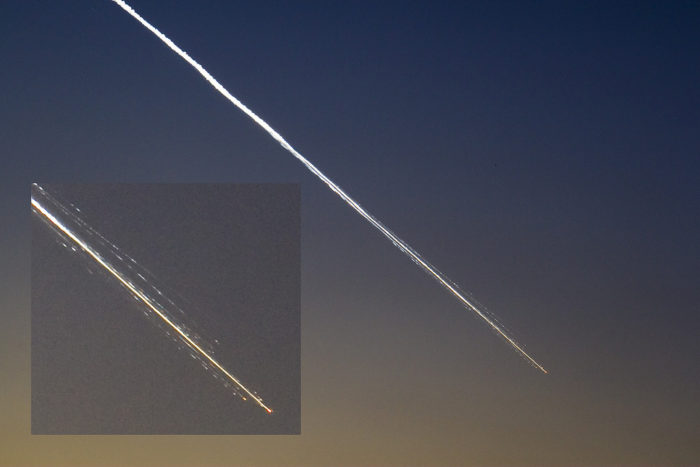 However, Rian writes today that this strange light in the sky of Vladivostok was actually related to the Zenit rocket launch from the Baikonur space center in Kazakhstan on Sunday.

On Russian Space Web, there are no reports of an exploding rocket. The launch was successful. So did people witness the separation of the payload section? Drop zone for the second stage was in the Japan Sea, very close to the coast near Vladivostok city. As a result, many people captured reentering of second stage, thinking that it was a meteorite. Moreover, a new ascent profile, which is slightly increased launcher capabilities, was tried during this launch. 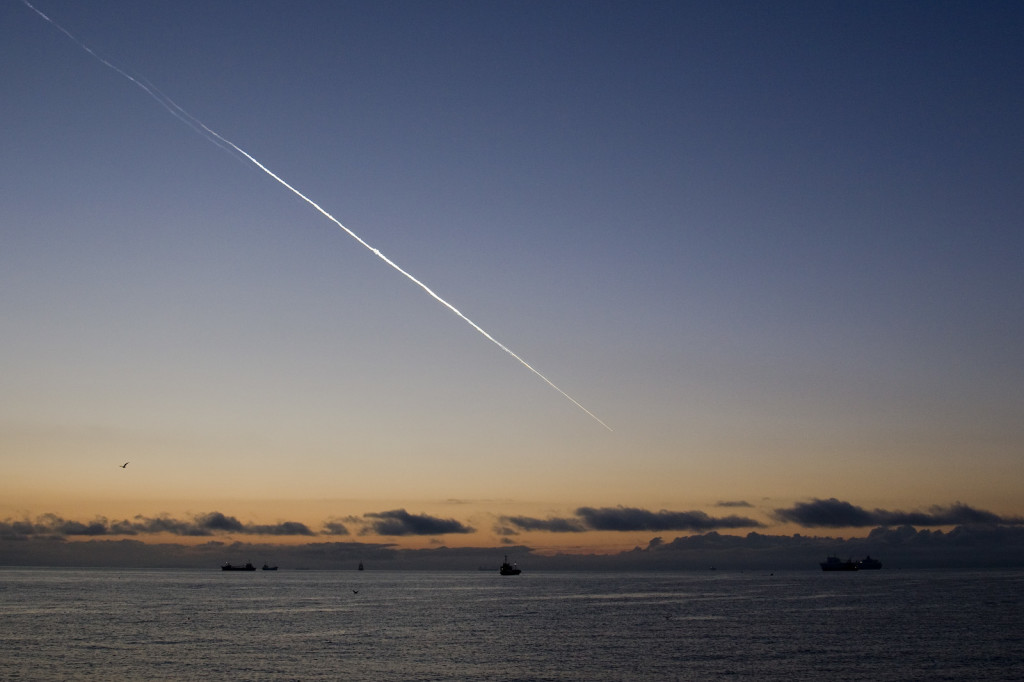 I did not know that rocket drops could create such amazing and weird lights in the sky? What about you?