A bolt hit an underground fuel tank in Fairfield, Ohio on August 3, 2015.

The diesel that burnt left a 40 foot wide, 8 foot deep hole in the ground… WOW! 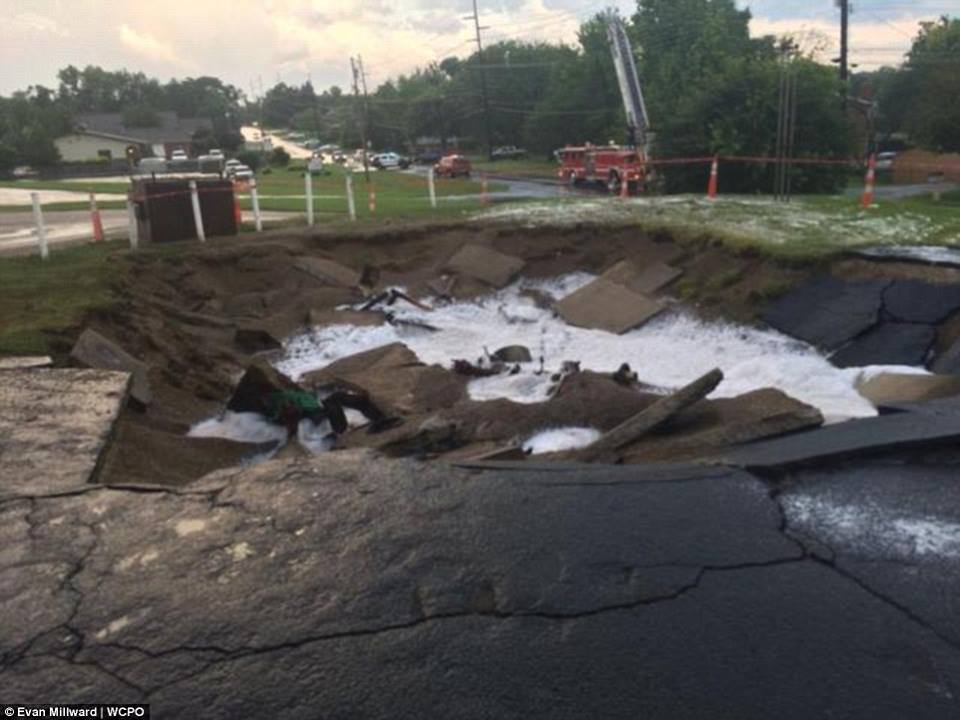 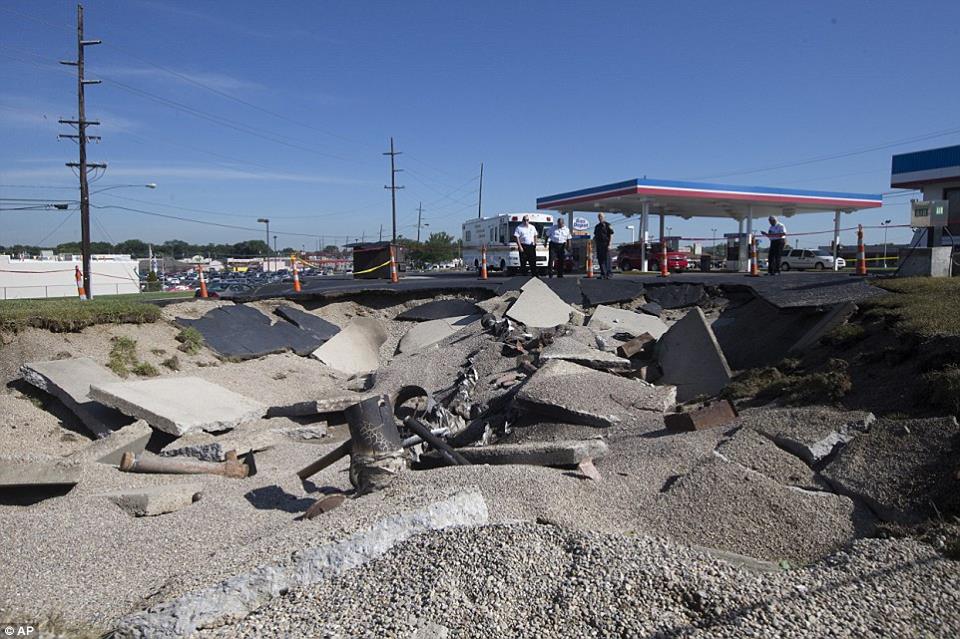 The lightning bolt struck just before 6 p.m. and lit an underground storage tank on fire primarly filled with diesel. 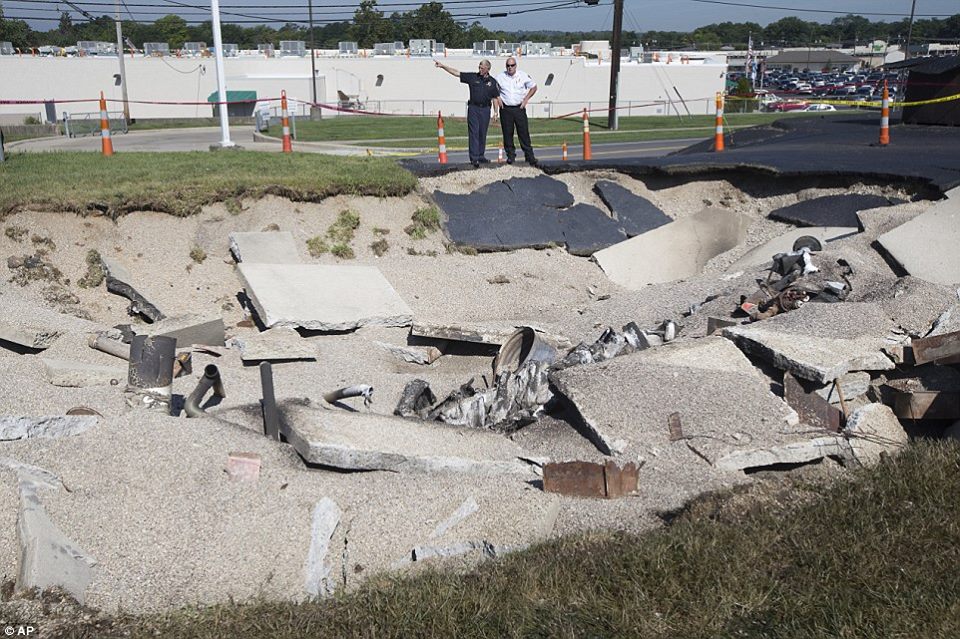 Owing to the uncertainty of the situation, a code red message for evacuations was sent by officials immediatly after. 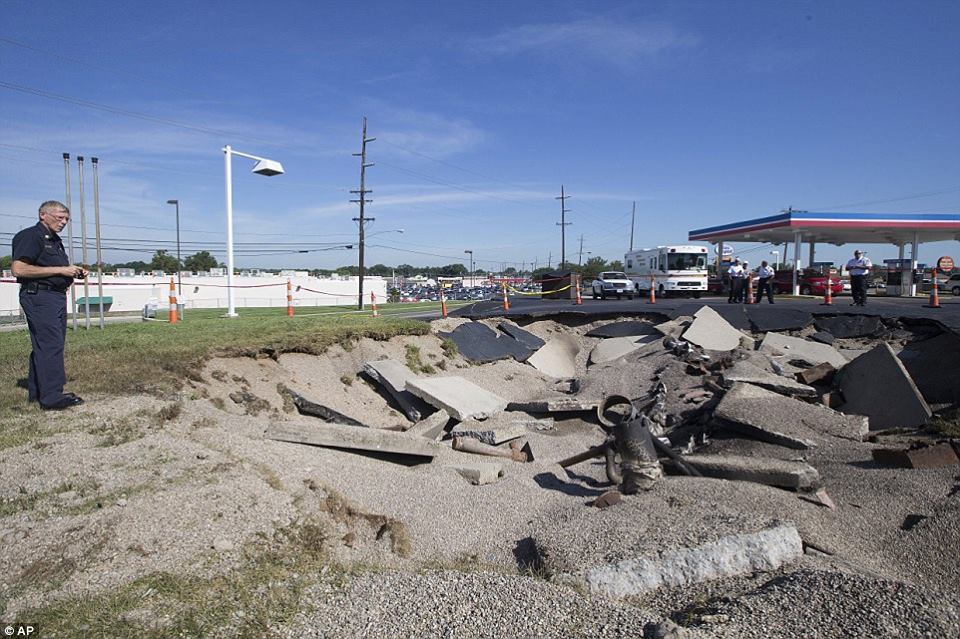 Morever the street was closed in front of the petrol station and some businesses in the vicinity.

Officials are scared about the potential environmental effects of this ‘natural’ fire and the vapors it emitted. Noboda has been injured.