Strange sounds were heard and recorded in Domodedovo, Russia on April 17, 2020.

The noise sounds like a siren or the voice of a horror movie. Is it another warning about the impending doom.

The strange noise started around 03:00 A.M. and lasted until approximately 03.40 A.M. and he explains:

“The window was open and I was ready to go to bed. Then I started hearing the weird noises.

“At first I thought they were from howling dogs or other nocturnal animals.

“Then I opened my window and the sound became clearer.

“I have never heard anything that strange before. And that during more than 15 minutes!

According to users of Russian social networks, this mysterious noise has already been recorded in different corners of the planet, and it may be a harbinger of cataclysms or even the apocalypse.

Officials blame airplanes for the noise. Although realistic, we are in lockdown and almost all have been halted.

There is currently no clear explanations for these strange sounds from the sky… But the current unprecedented crisis is just at its beginning… The Seven Trumpets are sounded, one at a time, to cue apocalyptic events that were seen in the vision of the Revelation of Christ Jesus, by John of Patmos. And if that’s true, this noise is somewhat more worrying as it would signal the end of the world. 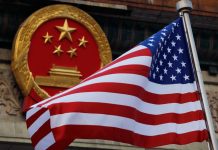 U.S. worker in China suffers brain injury due to mystery sound. Americans have been warned of “unusual sounds or piercing noises” in official health... 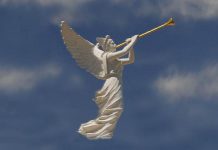 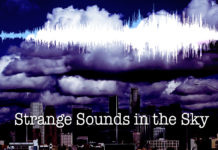 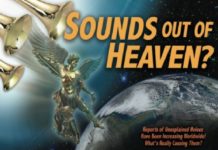 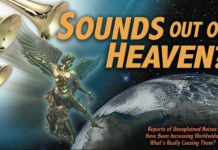 Strange Sounds are back in Singapore, Budapest and California – January 2016 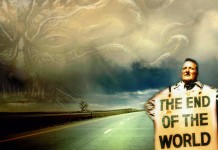 Strange sounds from the sky baffle residents of Jakarta 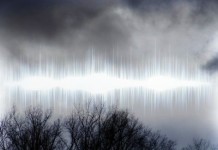 Terrifying booming noise in the sky of Nagano. What the hell is that? 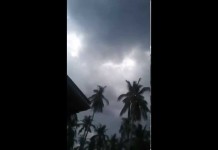 Creepy sound from the sky in Batangas, Philippines